As an education pioneer for the Raspberry Pi Foundation, I’m on a mission to ensure that all children everywhere have some exposure to computing, whether this comes in the form of digital making, the arts, robotics or computer programming. Recently I’ve been on a brief tour to Australia and Singapore to spread the Raspberry Pi education ethos to as many people as possible.

Straight after Euro Python in Spain, where Ben Nuttall, James Robinson and I helped to kick start an Education Summit, I boarded a flight to Australia via Dubai. The months between June and September are often the busiest for the Foundation team with the northern hemisphere schools on summer break and southern hemisphere schools in the middle of the academic year. There are often lots of outreach opportunities alongside large conferences in the space of a single month.

After around 30 hours (with two stops) I arrived in Brisbane, the capital of Queensland and home to Pycon Australia 2015, where I was to give a talk as part of their first ever education mini conference and give a keynote at the main conference. Fellow Python Software Foundation (PSF) board member Nick Coghlan contacted me to attend the education mini conference way back in January, stating:

I would personally be particularly excited to have you attend, as I came up with the idea of the Python in Education miniconf after Dr James Curran’s presentation last year on the new Australian Digital Curriculum, and his hopes to have Python feature strongly in the implementation of that curriculum.

There are a number of countries around the world which are starting to address the digital skills gap through formal education. In England we have a new Computing curriculum being taught in both primary and secondary schools. In Australia a new Digital Curriculum has been developed, and in some states has already been adopted by forward thinking teachers. Here was an opportunity to work with industry professionals to highlight the changes, and with educators to collaborate and share best practice.

Nick had curated a brilliant day of talks as part of the education mini conference. This was one of the first Python conferences which was not only well attended by teachers, but where most of the talks were given by teachers! In fact you can watch all the talks which have helpfully been added to a playlist by the conference organisers. My favourite talk of the day was given by a nervous developer, Caleb Hattingh, to a room full of teachers about his experiences trying to teach Python to children at a coding club. It was brutally honest and I think sums up many of the problems educators also face in moving from visual programming languages like Scratch to text based languages like Python.

My other notable talk of the day was given by Katie Bell from Grok Learning in which she talks about her work with the Girls Programming Network in Sydney, the National Computer Science School (NCSS) Challenge, and the NCSS summer school where young people spend a few days rapidly prototyping heir own website or embedded electronic device. I’ve had the pleasure of meeting Katie before at PyconUK last September and at ISTE this June in Philadelphia with Grok Learning co-founder Nicky Ringland. Their passion for computing education is phenomenal and can be witnessed in this talk:

I ended day 1 with my keynote on Raspberry Pi and physical computing, which included a live demo, and started day 2 with a keynote to the entire conference about lessons we’ve learned about teaching children how to program.

I’m grateful to Nick Coghlan and the other organisers of PyconAu for their hard work to bring the event together.

A short flight from Brisbane brought me to Sydney where I accepted a challenge from new education team member Marc Scott to take a selfie in front of an iconic landmark before setting out on a series of talks and workshops. I gave a brief demo to ICT educators of New South Wales  on the first evening at an event where teachers give up their free time to share ideas and practices around teaching ICT and computer science in a state where it is not a formal part of their curriculum. These were inspirational teachers, willing to push what is possible in their classrooms.

At the Museum of Applied Arts and Sciences at the Powerhouse in Sydney I got the chance to speak to education specialists and teachers about our work at Raspberry Pi before leading a fruity physical computing workshop. I was able to share fun ideas and meet some fabulous STEM education enthusiasts.

The museum was truly a fabulous space with well equipped resources for schools. I was lucky enough to receive a brief tour of all the facilities like the Mars Lab, a recreation of the Martian surface, and robotics lab which is used to encourage students to use technology to search for life on Mars. Schools are able to connect to the lab and their rovers via the internet, allowing students to program the bots directly. Using the cameras, they can experience what it is like for space engineers. They test rovers there, and I got to meet one.

Whilst in Sydney I visited good friend Dan Bowen, a CAS #include committee member, and some Windows IoT Raspberry Pi developers at Microsoft, where they all showed me their latest work with the operating system and Physical computing on the Pi. I was invited to meet the Code Club Australia team who are working with schools across all the territories and training teachers in a bid to give children an opportunity to learn to code. I also found time to speak to girls at two different coding clubs and meet some fans!

A definite #fangirl moment for me here. It was awesome meeting you @GeekGurlDiaries to chat all things #raspberrypi! pic.twitter.com/Ovlkn3MBxJ

There are clearly lots of initiatives in Sydney that parents and educators can tap into from online learning platforms like Grok Learning and the NCSS challenge, to free professional development and workshops from ICTENSW and the MAAS Museum.

I was then taken to Singapore’s Science Centre to meet their STEM education specialists and Ministry of Education representatives to discuss Raspberry Pi professional development for teachers and their computing outreach programmes. Before heading out for some of the best dumplings I’ve ever eaten! It is one of the many joys of working for the Raspberry Pi Foundation that I get to meet so many inspiring individuals across the globe and to forge partnerships with them as we all embark on this movement to enrich children’s education. 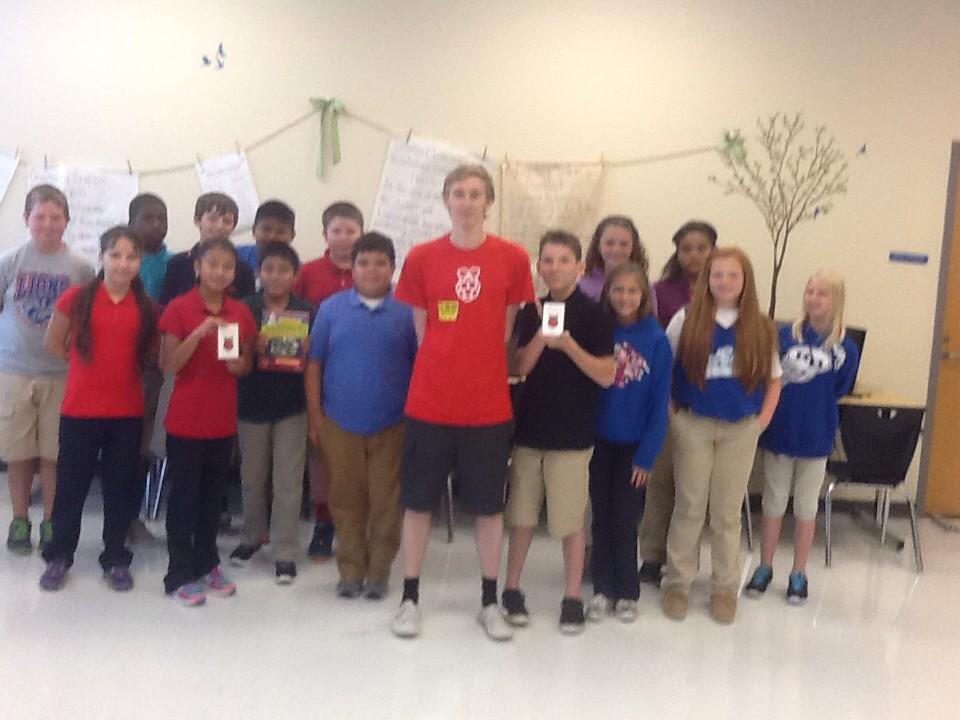 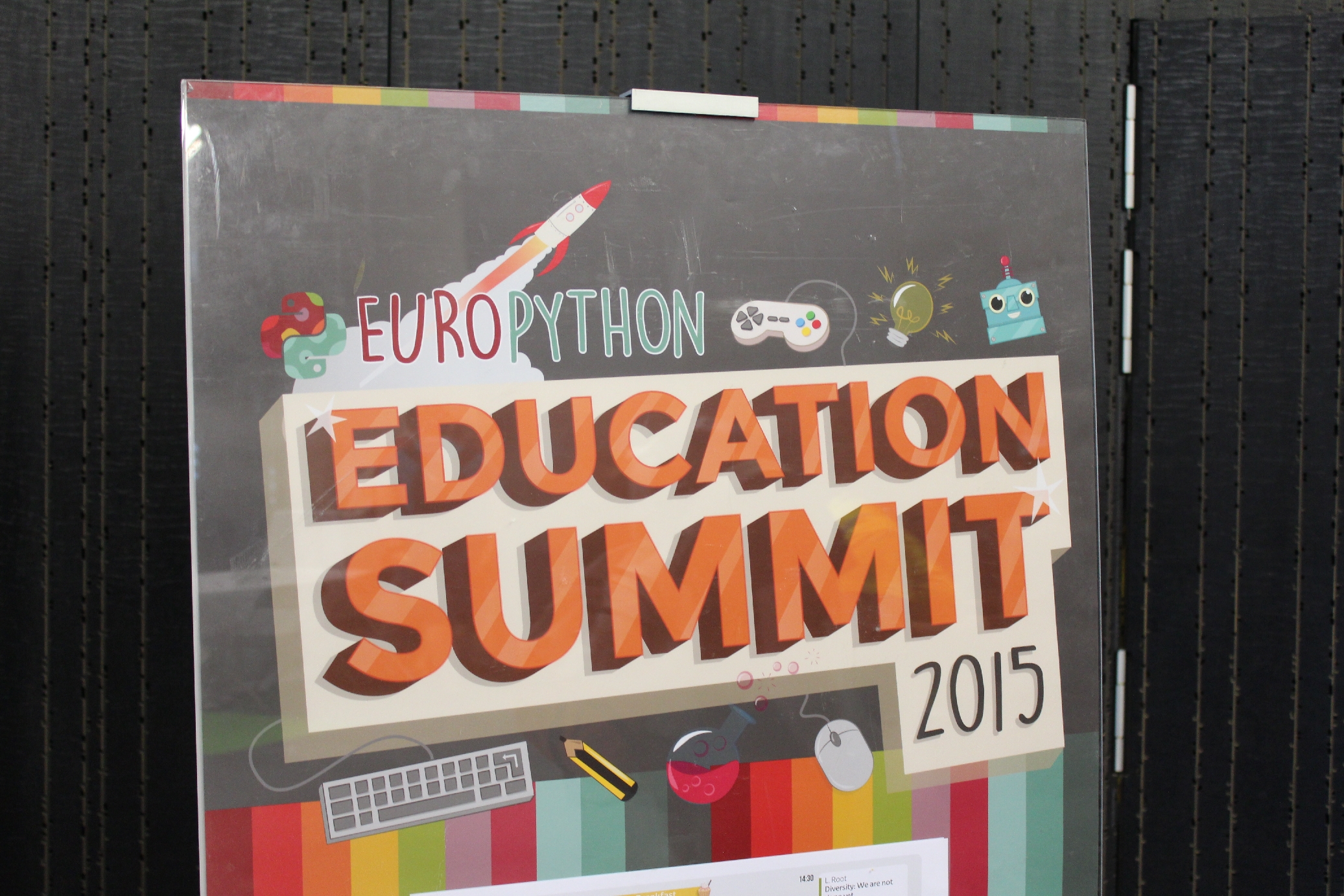 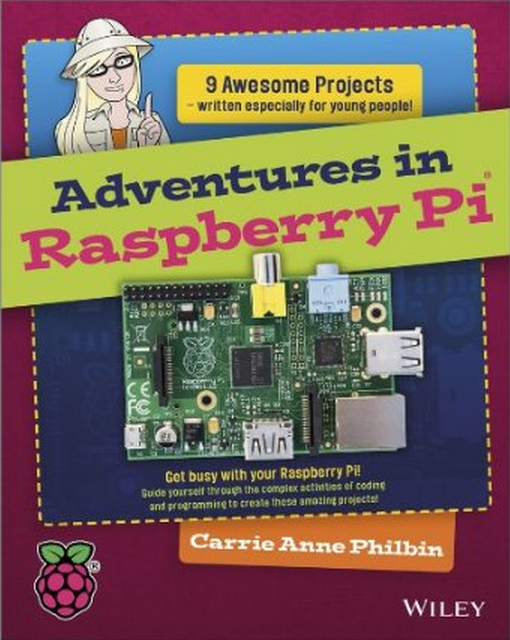 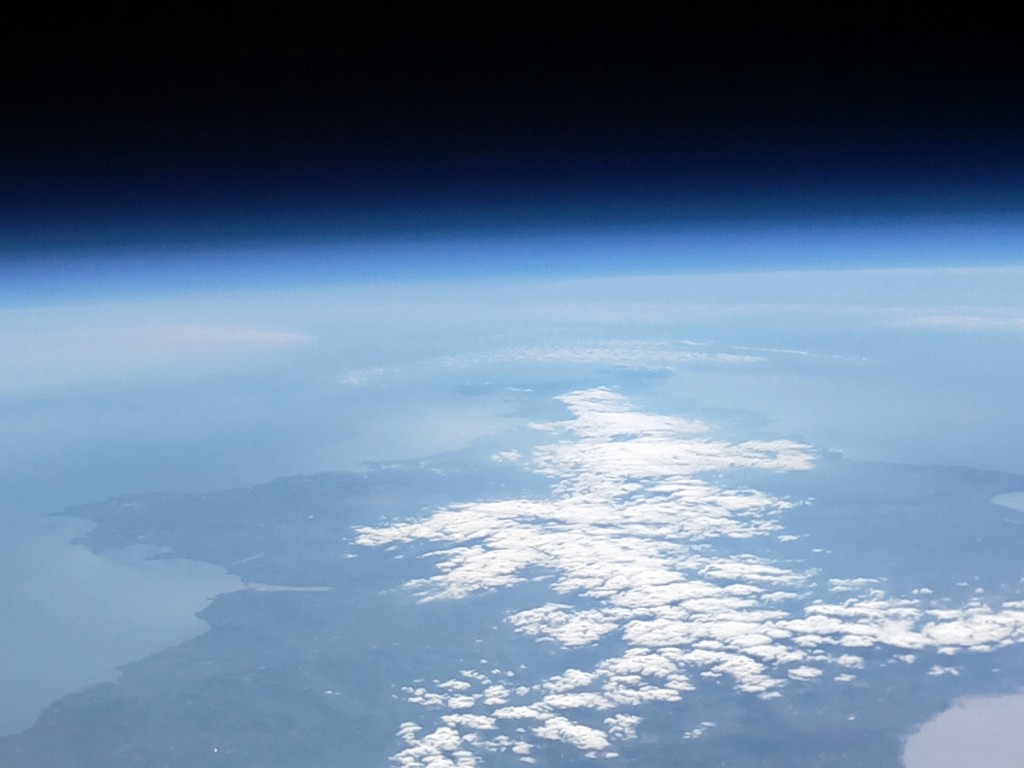 The last picture provides definitive proof of what a short-arse you are, Carrie Anne. Short arse, big brain, good combination. Nice to have you out here in the Antips, however briefly.

Gutted. I’m a short arse and lacking any of the other redeeming traits!

(Soothing tone) No no no. No reflection on you or anyone else, except Carrie Ann (sotto voce – somebody find him a self-help group, quickly!)

Really it should be made into a song.

“We do so many shows in a row,
And these towns all look the same.
We just pass the time in our hotel rooms,
And wander ’round backstage.”
— The Load Out, Jackson Browne

or take a pick one http://classicrock.about.com/od/toppickslists/tp/toursongs.htm

What a great trip Carrie Anne! It was wonderful to have you here in Sydney. We’d love to see you down here again soon!

“How long does it take to teach a child the command line?”

Know what, in our day we had to learn the command line to play any games at all. That was DOS :-)

Ahh them was the days
“SET BLASTER=A220”