It’s four o’clock on a Tuesday afternoon, and, in an old Victorian library in a small town in South Wales, big things are happening. The computer room is crammed with children, all intently focused and engaged. Working independently or in pairs, they are building games and animations in Scratch. This is the Penarth Library Code Club, and, as you may have guessed, it’s a roaring success. The club is very popular: every workstation has at least one occupant, and library staff have even offered their own laptops so that more children can join in. Some late arrivals have to be turned away, as the room simply won’t hold any more people. It’s vibrant, educational, and a long way from the stereotypes of dusty books and severe, shushing librarians. I help a young coder get to grips with the Raspberry Pi. Photo credit: Paul Templing

When you think of coding, it’s probably a fair bet that public libraries are not the first things to spring to mind. Indeed, most Code Clubs are run in schools, but libraries are also an important venue offering young coders the chance to learn new skills outside of the classroom. While public libraries have no formal or official obligation to support the National Curriculum in schools, many have taken it upon themselves to engage with and support the new focus on computing and programming at both primary and secondary level. It’s particularly telling that this drive to engage with programming has come from a sector which is conventionally seen as reluctant to embrace or adapt to emerging technologies. It’s also interesting that library-based Code Clubs are significantly more common in Wales. Code Club notes that 3.6% of active clubs across the UK are in libraries; in Wales, however, the figure stands at 6.2%. There is, of course, a very strong element of local pride at work here, especially since the merger of Code Club and Raspberry Pi. Almost all Pis sold worldwide are made in the Sony factory in Pencoed, just 20 miles away from Penarth: significant numbers of jobs have been created, and there is genuinely an enormous amount of admiration in the area for the the tiny computer. It’s not surprising that locals both young and old are keen to get to grips with coding in general, and coding on the Pi in particular. The librarians of the Vale of Glamorgan are one group who have particularly embraced technology, coding, and digital making, and key to this enthusiasm are Phil Gauci, a Library Support Officer, and James Emery, who works in digital development. In addition to Penarth, there are three other full-time libraries in the Vale, together with five part-time ones run by volunteers. Phil and James have been energetically mobilising colleagues across the area to encourage local children to get coding. Their efforts have been so successful that they are now planning to move on to introducing the children to physical computing: inspired by Technoclubs hosted by the libraries of Neath Port Talbot and funded by Carnegie UK, they planned to run robotics workshops using Lego Mindstorms and Scratch. However, the relatively high cost of the hardware renders it inappropriate for public libraries, especially given the serious reductions in funding faced by most services. Fortunately, an alternative solution was available in the form of the Raspberry Pi. Phil and James started using Pis in Penarth Library in 2014; they have now tripled the number of units in operation, and are working on introducing them across the Vale. In order to meet the high levels of demand from prospective club members, they are beginning to run additional sessions at weekends, as well as putting on special events: this half term, 40 children gathered in Penarth, Dinas Powys, Cowbridge, and Barry libraries to make model robots with flashing LED antennae, writing the code in both Scratch and Python on Raspberry Pis. The sessions proved very popular, and plans are afoot to run further sessions exploring Sonic Pi and Minecraft, among other things. How do Phil and James see libraries as fitting into the overall mission of Code Clubs and the Raspberry Pi Foundation, then? James explains:

Our clubs are more dynamic than traditional code clubs because we welcome seasoned coders alongside those who are just starting out. The kids who turn up will often come from different schools and it’s really exciting to see how they share and interact with others’ projects. We’re hoping to keep improving our own skills and understanding so that we can take Code Club to the next level and run workshops all across the Vale, creating some new partnerships along the way. It’s all about promoting the library service to a new audience, who may not be aware of how much we’ve changed and what we now offer.

Libraries have for some time had a role to play in encouraging information literacy among adult users. Now they are extending this to the next generation of aspiring programmers, and their efforts really seem to be paying off.

Raspberry Pi and Code Club at The Bett Show 2016 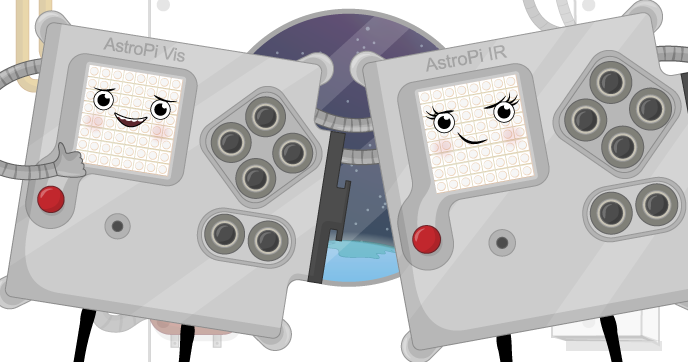 Along with other high-street functions (shops in general?) libraries need to re-invent themselves as a relevant part of the internet driven future society. This seems like a move in the right direction.

I applaud every effort to teach programming using the Raspberry Pi (or any of the newly minted competitors). But Libraries are closed at night.

Is there an effort to give a Raspberry Pi to these students so they can take them home? I know they are only $25.00 or $35.00 but they require additional items such as some sort of Monitor, Keyboard and mouse which are slightly more.

Unfortunately the libraries don’t have enough spare funds for that. I’m sure they would love to do it if it were possible!

I did not mean to imply that I thought the libraries are the ones to fund this. I think they are doing a tremendous thing by offering space and time. They also probably bought all of the Raspberry Pi’s and other equipment used during the labs, so they have already spent a considerable amount.

I was thinking maybe of something that Raspberrypi.org could set up such that folks like me who do not live in England could donate something towards this effort. I mean, they are already set up as a charity. Or are they the wrong type of charity? Maybe some like a go fund me.

I don’t know how this all works, so I apologize if I am stepping on toes, etc.

No, not stepping on toes at all! There are lots of demanding details involved in mediating between donors and beneficiaries, but local initiatives have successfully run their own online fundraisers to get set up with Raspberry Pis and related kit, using websites like http://www.gofundme.com and http://www.donorschoose.org.

Yay for Penarth, where I was born lo those many years ago.

Libraries here in British Columbia (where I live now) have Pi kits to loan out just like books. It provides a way to try out and see if you want to buy one, or just to find out what it’s all about. It’s cheaper than giving them away.

And as always, if there are changes to Scratch that would help the project, let me know on the Scratch forum, or email the foundation etc.

Yes the Raspberry pi can cost as much as £30, but the Raspberry Pi Zero only costs £4. However, needs some extra bits that may keep the costs down depending on use and help soldering. I have used one to make a robot and used SCRATCH to control it through the GPIO pins. Best of luck to you all with this initiative.

Beat me to it!
I’m in the process of setting up a similar computing club at our local library. Just sorting out admin and DBS checks.

I was so shocked to realise there were no computing clubs in our town, whilst looking for a club for my daughter, I decided to set one up myself – a free club for kids aged 9-11 on Saturday morning. Since, I’ve had a huge amount of interest with people stopping me in the street to ask about it and volunteering to help.

It’s been surprisingly easy. Our local library has been eager to lend us a room. The only problem I’ve come across so far is acquiring computers for the event. I’ve covered most of the freecycle sites and managed to get a laptop and a couple of monitors, but with my Pi and laptop makes only 3 computers. The flashing robot is a great idea. I’ve also bought a MeArm for the group to control using Scratch. Any ideas where I could get some more computers?

Sorry. Just saw your post about online fundraisers. I’ll give that a go next.

I have been thinking of something along the same lines and have talked to one of the local librarians, who was interested. She was going to talk to the main library and would get back to me.

The fact that you have had a lot of interest, and people offering to help, is giving me much more motivation for what I thought might be a fairly difficult task.

I have contacts with the local Chamber of Trade and will talk to the Chairman. I also think it interesting to talk to local high-tech industries (or other businesses that seem appropriate) to see how they could assist.

I think it important to get an approximate idea of costs before contacting anyone, other your enquiries could fall flat. How about working out the costs for 10 kits, each one consisting of a Raspberry Pi (which version?), monitor, keyboard, mouse and SD card.

Keep me posted on your progress!

I have been doing a similar programme once a week for the last 18 months.

I wrote something here in the New Zealand library association magazine.

Nice Sharing! Thanks for this helpful information I agree with all points you have given to us. I will follow all of them.-
Primary Schools in Kingston Upon Thames

Great Article, It really gives proper collaboration to understand the main theme step by step, keep it up.