Last month, we celebrated the milestone of ten million Raspberry Pi computers sold to date. That’s quite extraordinary, and we’re thrilled to have reached so many people, not just through selling computers, but through our educational programmes and outreach activities. Our successes come in no small part from the support of our wonderful community, and we’d like to take this opportunity to thank you all for the great work that you do to further our mission to put the power of digital making in the hands of people around the world. One of the things I love most about our community is the mix of people from different backgrounds. When Jams started to appear in mid-2012, all sorts of people came together to learn with Raspberry Pi: hardware hackers, software developers, electronic engineers, teachers, kids, parents, and grandparents.

It’s our great privilege to have the Duke of York as Patron of the Raspberry Pi Foundation, and we benefit enormously from his support. On Wednesday evening, he kindly hosted an event at St. James’s Palace to celebrate the Raspberry Pi community. We couldn’t invite everybody we wanted to be there, but we were lucky enough to be able to share the evening with 150 community members.

When we launched the first Raspberry Pi computer four-and-a-half years ago, we had very modest goals. Our founders wanted to inspire more young people to go to university to study computer science. Today, our reach is far greater, and we’re touching the lives of people of all ages in communities around the world. 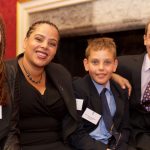 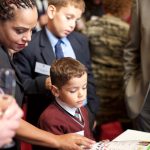 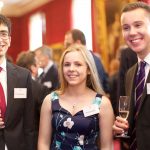 It’s amazing to reflect on how far we’ve come in such a short space of time: not only are we now the best-selling British computer in history, but we’ve made a real impact in education by making programmable computers affordable, training teachers, and providing free learning resources. Tens of thousands of young people have taken part in our educational programmes and competitions. Astro Pi, our very own space mission, has seen young people from the UK design experiments and apps that have run on Raspberry Pi computers on the International Space Station; this marvellous feat will continue with our newly announced European-wide competition. Everybody in the community contributes in a different way. Whether they help run Raspberry Jams, CoderDojos or Code Clubs, write tutorials and lesson plans, share their projects on GitHub and social media, or create open-source software libraries, it all helps us reach more people. It’s amazing how something an individual can do, no matter how small it seems, can make such a big difference. I followed the Raspberry Pi blog through 2011 and bought a Pi on launch day. If you’d have told me that 5 years later my Python library would be in Eben’s top 5 software projects in The MagPi, I’d never have believed you!

I ran a workshop for Jam organisers last weekend, and at the start of the day I asked everyone why they run their Raspberry Jams. The responses really sum up how amazing our community is: Thank you from all of us at the Foundation to everyone participating in activities which help us to extend the opportunity to learn computing and digital making to millions of people around the world. You really are making a big difference, and we’re incredibly grateful to have you all as part of our community. 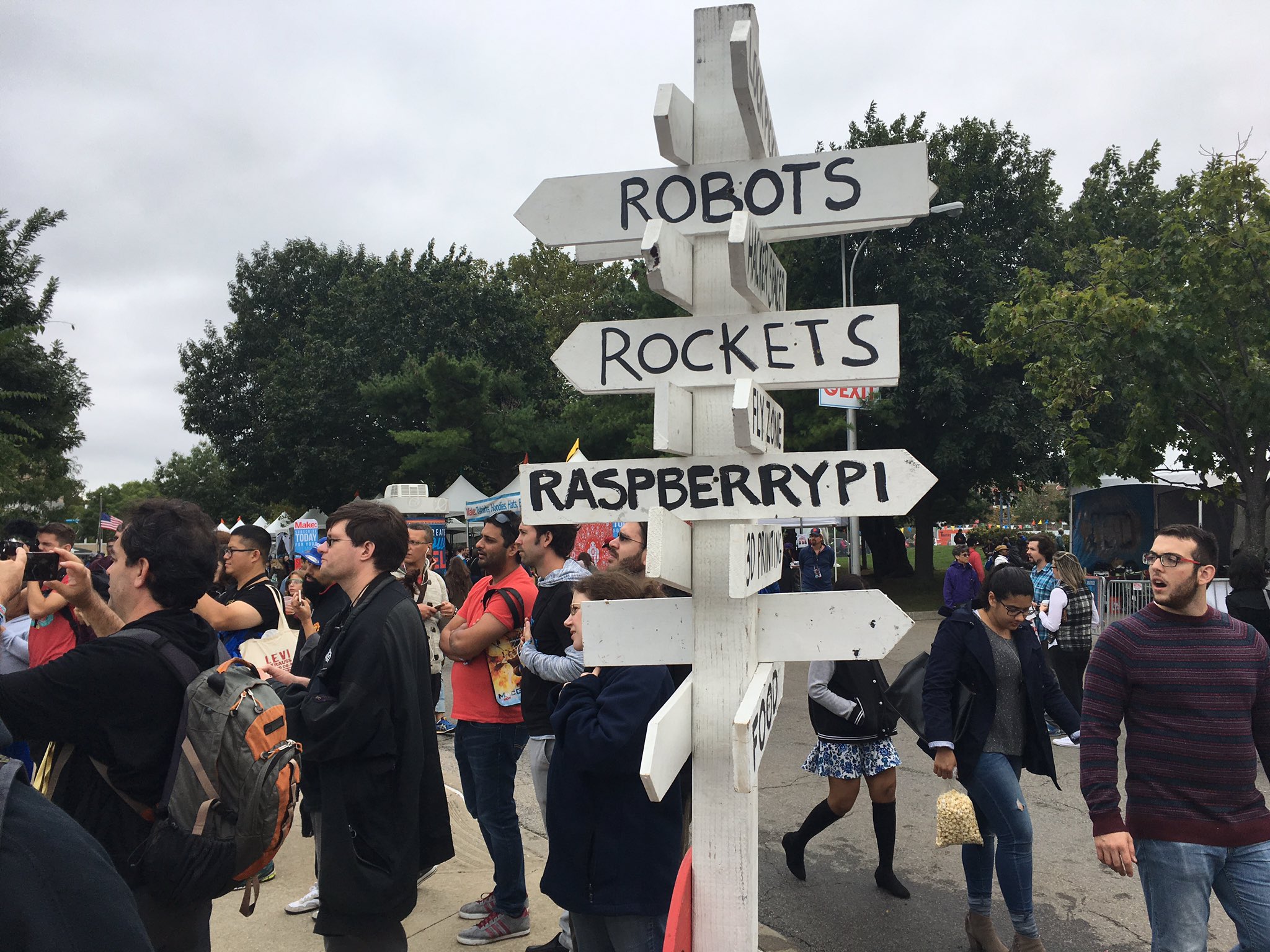 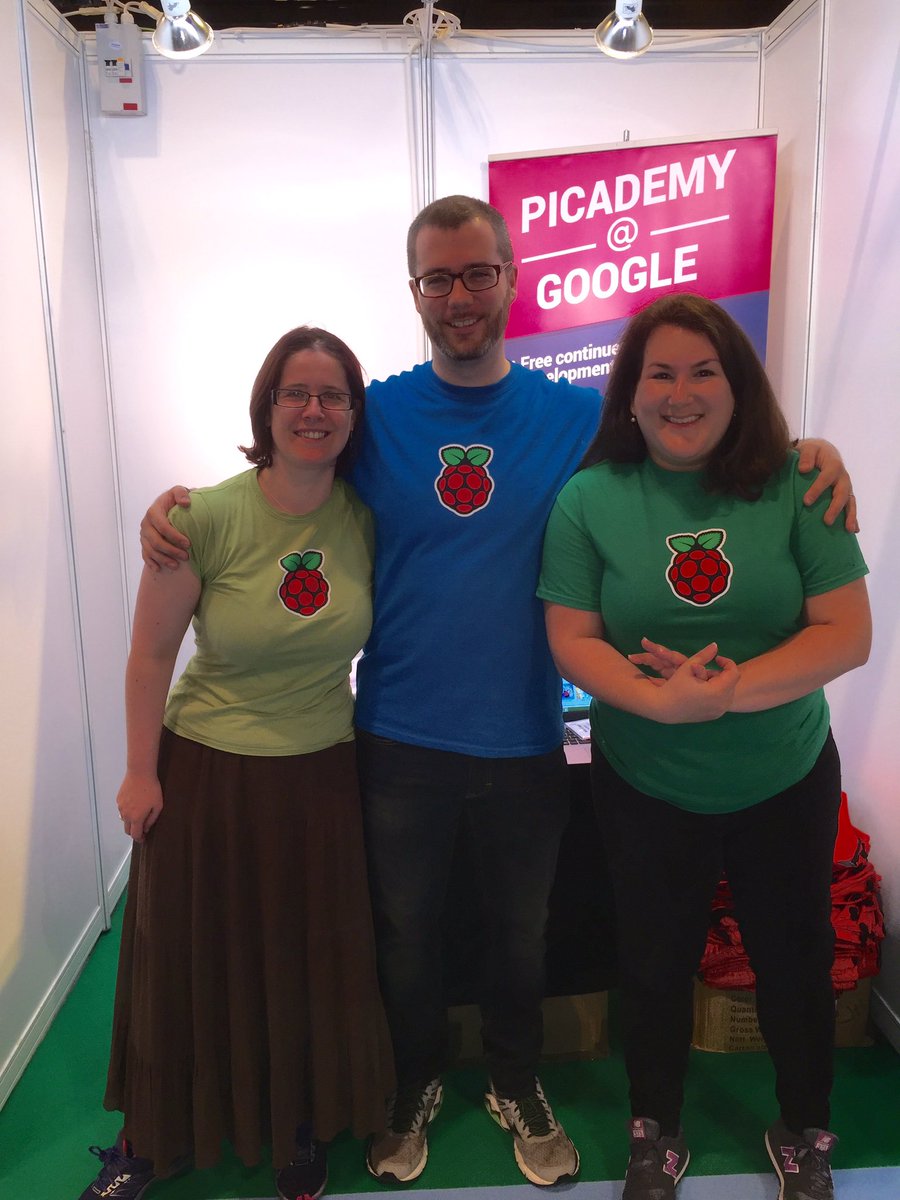 Complete pleasure to be there folks! I wouldn’t trade my involvement for the world. Keep up the awesome things you are doing and the community will too!

Keep up the great work :)
I enjoyed the evening and as a non-specialist teacher feel very lucky to have such a fantastic community to support me in my work with troubled children.
Picademy in particular deserves mention. Not just the best computing training course I have attended but also the best training course of any type I have attended in terms of structure, expertise and achieving its goals.

I see that my response of “Solve my expensive IT recruitment shortage by creating a new generation of cheap child labour” got watered down. ;-)

Super evening, really great to catch up with some amazing folks. Any chance we can see more photos?

We’re waiting on approval from the palace on some of them – we’ll add them to this post when they’re available.

What about the long time Pi people who wasn’t invited?

From what was being posted on twitter there was a lot of “community” which were just teachers you trained to do their job.

As Ben said in the post, we wish we’d been able to invite everybody, but spaces were very, very limited (not everybody from Pi Towers was able to go – including me). We prioritised kids.

I’d take issue with “teachers you trained to do their job” – any teachers who attended were people who have worked very hard on their own to help hundreds of kids learn about computing, especially outside the classroom. I’m sorry if it’s left you feeling bitter. It was not our intention to hurt anybody’s feelings, but rather to be able to give a representative selection of the community a really lovely opportunity.

This is a really weird and nasty comment from Brent. Lots of us wish we could have been there, but aren’t this entitled. I realised as soon as some of my Twitter friends mentioned they were going that not everybody was, it looks like numbers were really limited, as the husband of a teacher who does a lot of work outside the classroom with kids and the Pi I found your comment kind of rude.

I was lucky enough to be invited to the reception but, as has been mentioned above, for an event like this there will be limit on numbers. This will, inevitability, mean that there will be disappointments about not being invited.

However there was a wide cross section of the community present at the reception with people, like myself, who have been involved in various ways since the early days to people who have got involved more recently.

The Foundation have not trained teachers ‘to do their job’. They have provided the resources to enable these teachers to learn about a new technology and to give them the skills and knowledge to then teach their students.

Thanks for inviting me. It was an immense pleasure to meet all the nice folks from the forum and put names to faces.

A really amazing achievement for the inspiration that created the RaspberryPi eco system.

Thank you very much for inviting me. I had a great time doing a show and tell to a fair few of the pupils, students, volunteers and partners. Everyone had a chance to have a look at some of the Code Club projects. A lot of fun was also had with either the four banana Makey Makey game controller or the BBC micro:bit.

I am a teacher, I have been for over ten years now and you have enriched my job and lessons. But I was a good teacher before the pi, we programmed Lego etc. The biggest thanks I have are concerning my own children, they got to come to St James’s too. It’s life changing for them, I’m so proud to be part of a community that recognises my children. Because they are part of the community and their personal statements for university include the Raspberry Pi Foundation. My tutor group had photos with me and the invite, on our school website and there has been such a buzz. Inspiring children it’s what it’s all about. Thank you

It was a great event, thank you for inviting me. A real privilege to meet other like-minded parents who want to share the creative side of tech with kids. Also nice to put faces to names and shake hands with people I “know” from Twitter. (Really honoured to have the opportunity to speak to the Duke of York too!) THANK YOU!

I was fortunate and privileged to be invited but I unfortunately could not confirm at the time because of other commitments on the day !! As it happened last minute I found out that I could have gone and I’m really sorry to have missed that opportunity !! However I managed to catch up with the great people of what is a true community in the pub afterwards so don’t feel to hard done by ;0) A great accolade well deserved by ANYONE involved !!