By all accounts, the pilot expansion of Picademy to the United States has been a huge success. In fact, we’ve already held three workshops and inducted 120 new Raspberry Pi Certified Educators on U.S. soil. So far we’ve had two workshops in Mountain View, CA and one in Baltimore, MD. In December, we’ll wrap up our 2016 program with a workshop at the Texas Advanced Computing Center at the University of Texas in Austin. If you’re an educator and you’d like to join us for two days of mind-blowing professional development, please apply now.

And it gets even better. To build on the success of the pilot program, we are excited to announce that we will expand Picademy in the United States to over 300 educators and additional cities in 2017. In fact, we’re making this announcement as a commitment to President Obama to join the Computer Science For All initiative, a call to action to expand CS education in K-12 classrooms in the United States. And today, the White House hosts a summit to mark progress on the initiative:

The case for giving all students access to CS is straightforward. Nine in ten parents want CS taught at their child’s school and yet, by some estimates, only a quarter of K-12 schools offer a CS course with programming included. However, the need for such skills across industries continues to rapidly grow, with 51 percent of all science, technology, engineering, and math (STEM) jobs projected to be in CS-related field by 2018.

If you’re a professional educator, we want you to join us at a Picademy workshop. We haven’t yet selected the cities for 2017’s program, but please fill out this form to receive an update when we announce new cities and when applications open. 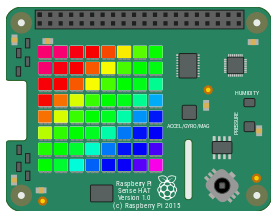 I definitely approve of the term “educator”. The old (and hopefully deprecated) term “teacher” implies ramming knowledge into brains, where “educator”, from its roots, is defined as the drawing knowledge out from minds. This, in turn, implies active use of native intelligence and the logic of ‘because this, therefore that’ allowing for unexpected developments. Great stuff, the Foundation! :)

I definitely approve of the term “educator”. The old (and hopefully deprecated) term “teacher” implies ramming knowledge into (passive) brains, where “educator”, from its roots, is defined as the drawing knowledge out from minds. This, in turn, implies active use of native intelligence and the logic of ‘because this, therefore that’ allowing for unexpected developments. Great stuff, the Foundation! :)

As a Nigerian, it isn’t convenient to travel to the US for a training program.

Could I suggest that you do a MOOC for Piacademy. I have already done courses from Coursera, edx and FutureLearn.

edx is already part of ConnectED. It would not hurt anyone to partner with them to create a MOOC for Piacademy.

Picademy is a face-to-face, intensive training experience that creates Raspberry Pi Certified Educators. We’re currently developing ideas for how to get more of our content available online for educators (watch this space).

We have been working for several months from our group of 600 users Raspberry Jam. We would like to expand the activities of the Jam to Piacademy . How could we do this? Thank you very much.

You really ought to consider the Cyber Innovation Center in Bossier City, LA. They have several very good programs they sponsor and they work on a national level. They just won a large grant to expand their outreach
Attached are several links to their websites.
Our school won a small grant and we purchased 10 R Pi’s plus various extras to go with our robotics program. The teacher is using now material off of the foundation web site.

We are an elementary school in San Francisco, CA. We would like to introduce the raspberry pi into our yet to launch technology program. Since the PI Academy won’t start until 2017, what we could do in the meantime to get things started?

See if there are any Raspberry Jams in your area – see if you can pick up some knowledge that way?

One more link I would like to summit so you can contact this place about a Piacademy.