The team at Raspberry Pi and our partner ESA Education are pleased to announce the winning and highly commended Mission Space Lab teams of the 2019–20 European Astro Pi Challenge!

The science teams performed was truly impressive, and the reports teams sent us were of outstanding quality. A special round of applause to the teams for making the effort to coordinate writing their reports socially distant!

And our winners are…

Vidhya’s code from the UK aimed to answer the question of how a compass works on the ISS, using the Astro Pi computer’s magnetometer and data from the World Magnetic Model (WMM).

Unknown from Externato Cooperativo da Benedita, Portugal, aptly investigated whether influenza is transmissible on a spacecraft such as the ISS, using the Astro Pi hardware alongside a deep literature review.

Liberté from Catmose College, UK, set out to prove the Coriolis Effect by using Sobel filtering methods to identify the movement and direction of clouds.

Pardubice Pi from SPŠE a VOŠ Pardubice, Czech Republic, found areas of enormous vegetation loss by performing NDVI analysis on images taken from the Astro Pi and comparing this with historic images of the location.

Cloud Wizzards from Primary School no. 48, Poland, scanned the sky to determine what percentage of the seas and oceans are covered by clouds.

Aguere Team 1 from IES Marina Cebrián, Spain, probed the behaviour of the magnetic field, acceleration, and temperature on the ISS by investigating disturbances, variations with latitude, and temporal changes.

Creative Coders, from the UK, decided to see how much of the Earth’s water is stored in clouds by analysing the pixels of each image of Earth their experiment collected.

Astro Jaslo from I Liceum Ogólnokształcące króla Stanisława Leszczyńskiego w Jaśle, Poland, used Reimann geometry to determine the angle between light from the sun that is perpendicular to the Astro Pi camera, and the line segment from the ISS to Earth’s centre.

Space Kludgers from Technology Club of Thrace, STETH, Greece, identified how atmospheric emissions correlate to population density, as well as using NDVI, ECCAD, and SEDAC to analyse the correlation of vegetation health and abundance with anthropogenic emissions.

The teams get a Q&A with astronaut Luca Parmitano

The prize for the winners and highly commended teams is the chance to pose their questions to ESA astronaut Luca Parmitano! The teams have been asked to record a question on video, which Luca will answer during a live stream on 3 September.

This Q&A event for the finalists will conclude this year’s European Astro Pi Challenge. Everyone on the Raspberry Pi and ESA Education teams congratulates this year’s participants on all their efforts.

It’s been a phenomenal year for the Astro Pi challenge: team performed some great science, and across Mission Space Lab and Mission Zero, an astronomical 16998 young people took part, from all ESA member states as well as Slovenia, Canada, and Malta.

Congratulations to everyone who took part!

Get excited for your next challenge!

This year’s European Astro Pi Challenge is almost over, and the next edition is just around the corner!

So we invite school teachers, educators, students, and all young people who love coding and space science to join us from September onwards.

Follow our updates on astro-pi.org and social media to make sure you don’t miss any announcements. We will see you for next year’s European Astro Pi Challenge! 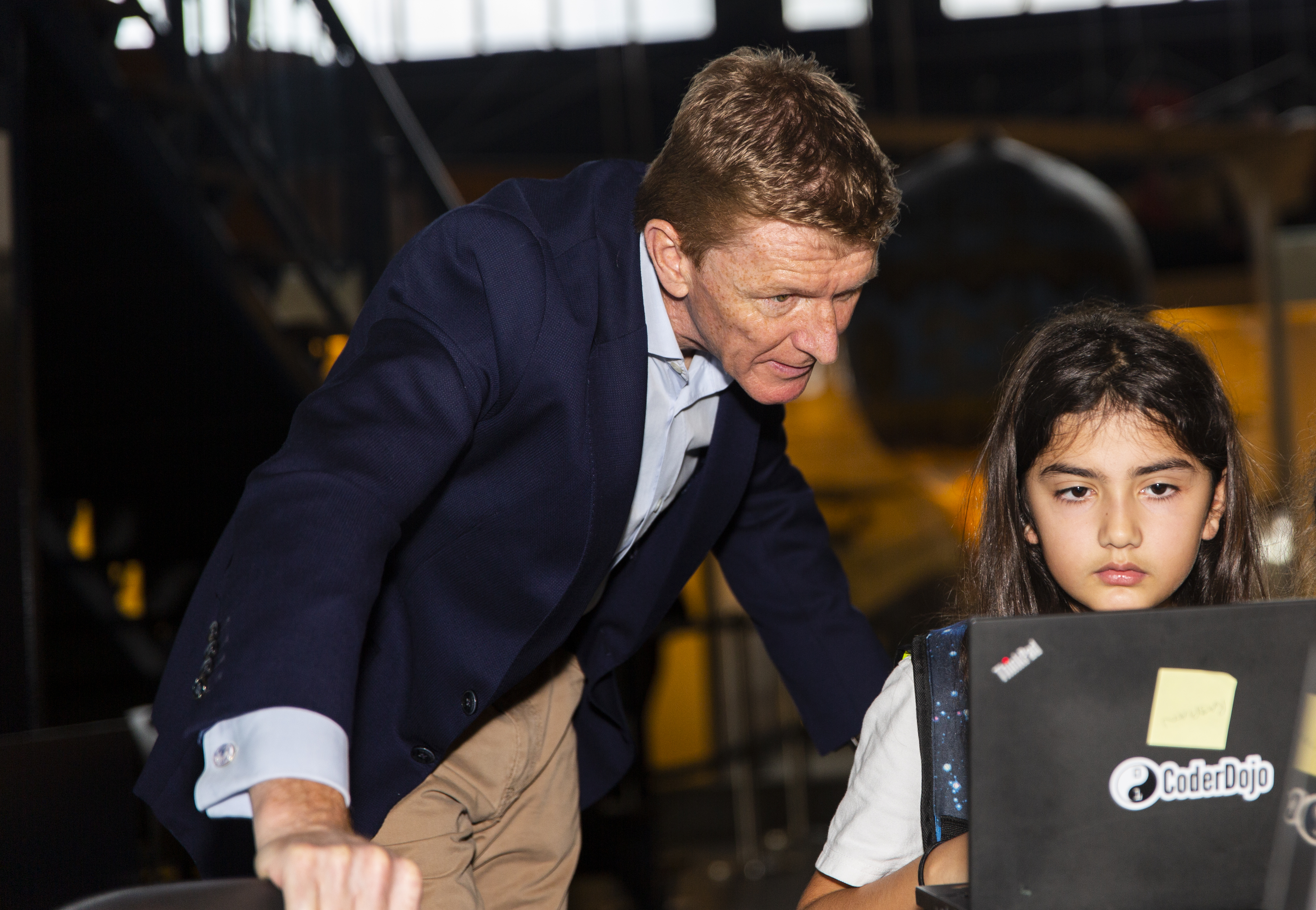 Wow Astro Pi never ceases to amaze. Look forward to the next episode. Well done to all.
Will there be a possibility of seeing some RPI4’s going to the ISS.

Not necessary for these kind of experiments, actually quite disturbing because of the heat generated IF it’s loaded. Bear in mind that the heat from its ICs must be taken away to a massive surface area to dissipate and don’t reach high temperatures, because of finger burns. You can’t rely on heated air movement – there’s no gravity so the hot air doesn’t move away from the heatsink easily. The large area of CooliPi 4B wouldn’t be enough to cool it, even though it has massive ribs that work well under earth surface conditions, even at higher altitudes. And that’s a heatsink with the largest surface area (for RPI4) I guess, except Astro Pi chassis . But no gravity environment is a different league.
I can’t figure out what Raspberry Pi version they’re using on ISS. But when I experimented with Sense HAT mounted on Raspberry Pi 3, it’s temperature sensor was influenced by the Pi’s temperature, hence load.
So, any Raspberry Pi 4 design going into zero gravity environment should mount the GPIO expansion as far from the RPI4 as possible – the experiments measuring air’s temperature, humidity could be ruined by the heat.

And interesting experiment would be – aboard the ISS – to attach a cup directly to the Raspebrry Pi (metal cup, CNC milled to fit the chips’ tops) and try some evaporation runs. I.e. how long it takes to evaporate a cup of distilled water with one core running, two,,, four. And draw the CPU temperatures for each run in a graph and compare it :-)

But given the loong way of certification and thermal issues, I doubt we’ll see RPI4 on ISS anytime soon. Maybe some intentionally downclocked version someday…

The Raspberry Pi computers on the ISS are the B+ model. We wrote a paper a while ago that covers some of the setup in more detail if you’re interested: https://www.raspberrypi.org/app/uploads/2017/03/Astro-Pi-Running-your-code-aboard-the-international-space-station.pdf

Wow. Amazing projects. I’m really looking forward reading some followup articles on the individual projects: about the science behind them, the code and the results. It would be super exciting.

I got to thinking about the purity of sampling technology and it led me to wonder about how much manufacturing takes place in space…?

The notion that something [a sensor] built and installed in a vacuum will give it the longest service lifespan obviously only rings true for a particular set of sensors – but it also got me thinking about bring that vacuum back to earth to use and I wondered then at the different shapes and sizes – where the most auspicious would be medical examining equipment large enough to pass a person through, but just a vacuum sealed container for the sensor could be enough and it may only be a small silicon chip or little extra than the board it is on.
Any pointers on this? The obvious mainstream answer to real world problems is data recovery from damaged drives that need disassembly – I do not foresee this requiring a trip to space to make the chamber within which the drive is examined, not to make the chamber as they already exist and even if better ones would [always] be manufactured in space – the probability of radiation exposure making shielding a prerequisite and adding to the fuel:thrust requirements would be a prohibitive cost factor.

But it’s interesting enough for me to dwell upon – just haven’t seen much along these lines, in particular what structures made in space could come back full of vacuum and not collapse in on themselves…

Interesting. Very interesting. Vacuum is certainly cheap enough to acquire in space; just open the container outside the craft for a while (it isn’t instantaneous) and fill it with vacuum (so to speak).
It is the container that is problematic. Larger containers use less material per unit volume, but must be well reinforced. That 1013 dynes/cm*2 (15 lb/in*2 for us ex-colonials) adds up, and required strength goes up with span, so weight goes up faster than volume.
Probably cheapest to manufacture vacuum her on earth. Vacuum doesn’t add to re-entry weight, but that container is a bear.

Well done everyone who took part. Every year I am amazed by the ingenuity of participants in this competition, and this year is no different! Such well considered ideas and lots of hard work gone into making them happen.