As you may have heard, the Boardroom at Pi Towers contains a wall covered in the poster competition entries from before Christmas 2013. We hold all our meetings in this room, and even run workshops in it during Picademy. It’s also fairly common knowledge that I have a short attention span, and that on occasion when I’m in the boardroom (I’m not going to admit how often in case Lance or Eben reads this!) I find my gaze and mind wandering over to that wall and I wonder if I can make any of those imagined Raspberry Pi project ideas a reality.

One of the most striking of the posters has the catchy title of Hamster Party Cam. Upon further reading, the designer of the project, Violet, aged 6, tells us that…

Violet makes a convincing argument. We need to know what those hamsters are doing when we are sleeping. We have our suspicions, Violet and I, that they are partying… like animals (small ones). So with my trusty Raspberry Pi, Camera Module and Pibrella, I set forth to make the project a reality. Hamster Party Cam is designed to avoid interfering with the habitat of hamsters, as every pet owner has a duty of care for the wellbeing of their creature. It uses a reed switch and a magnet on the hamster wheel as a trigger that when detected by the Pibrella, starts an LED disco light show, plays an mp3 (hamster dance) to a connected speaker, and takes a photo with the Pi Camera module. Not having an actual hamster to test my creation on was a bit of a hurdle, but I managed to acquire a hamster cage from Emma, our office manager, nesting material from the shredder, and a toy hamster from the internet, which Gordon lovingly named “special patrol group”. As you may have seen from twitter, the entire office ended up getting behind the project and going a little hamster mad. Liz even suggested getting a real hamster for the office as she was really unimpressed with the toy one! Here is a picture generated by the hamster party cam system: If you would like to make a similar project to detect your pets movement and take pictures of them then take a look at our new Raspberry Pi Learning Make resource, Hamster Party Cam, here. Take it, remix it, and make it even better! 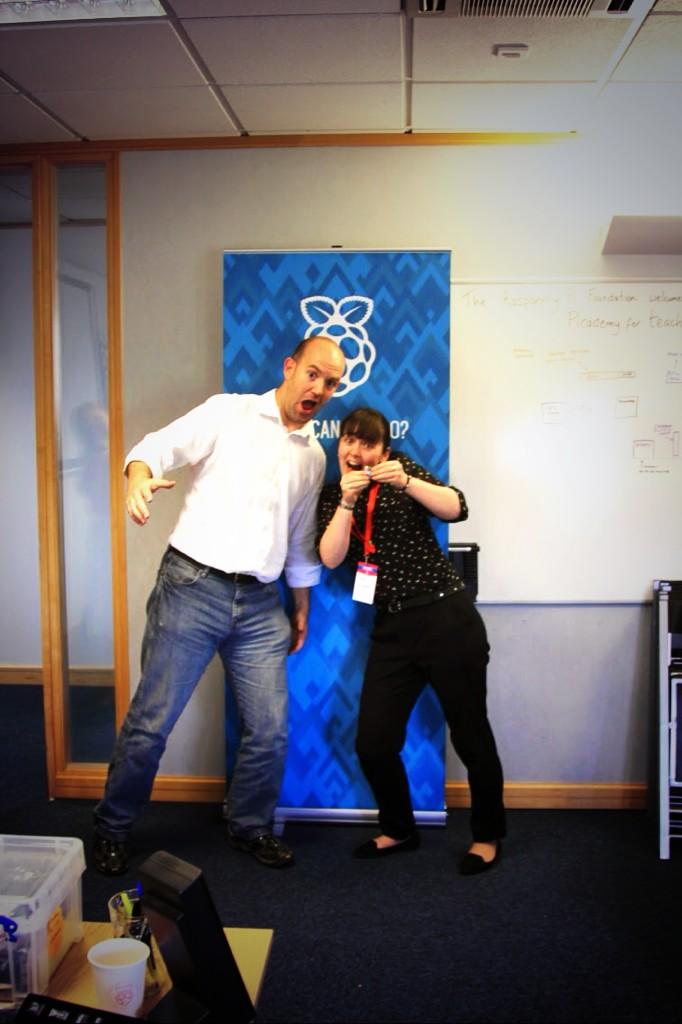 Picademy 3. A report of some note: and how you can be at Picademy 4 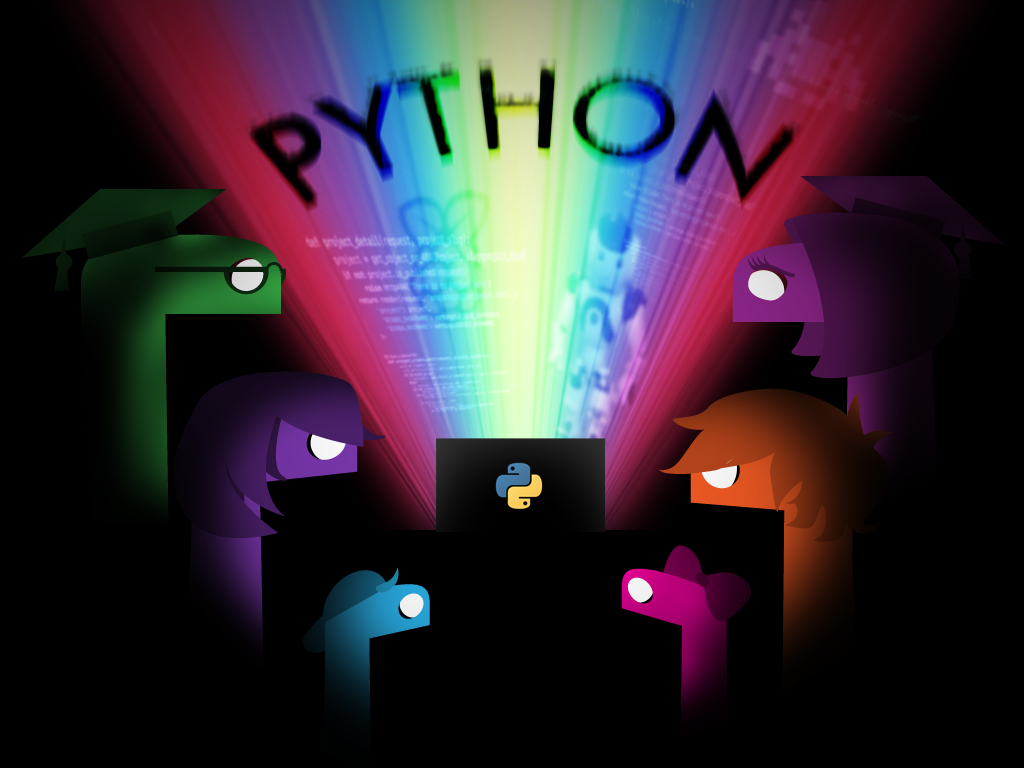 Very nice!
What’s next? I am anxiously waiting for other projects on the wall to come to fruition…Christmas Pudding Maker maybe? :-)

My favourite is the Robot Friend, which absolutely broke my heart: you’re meant to build him if you haven’t got any real-life friends. Oh lord – I’m welling up again.

You should publish all the the poster entries properly, so between us, we can make all of them reality :D

There are a few too many to do that with, I’m afraid – but we’re working on some of them already!

Thats cool…
I’ve got a couple of pi’s sat idle at the moment, so if theres one you want trying, post it (or email it me) and i’ll have a play.

The robo friend has already been made rapiro

Rick: I think Special Patrol Group is a stupid name for a hamster!
Vyvyan: Okay, I’ll change it, then! Hello Cliff Richard!

But what an impact they had on our lives – 30 years after the series ended, yet I bet there are many of us who remember “SPG” and “Rick with a Silent P” with great fondness!

I remember drawing a plan of their house, neatly labelled, for my German homework when I was about thirteen. More :( .

There was even a nice little sign drawn on a cupboard that said “Eingang zu Narnia”. I was a very diligent pupil.

For the non Brits like me who didn’t get the cultural reference:
The Young Ones

Do you think I can enter the Adafruit Raspberry Pi Photography Awards with my pictures of SPG?

If the hamsters only come out at night (mostly…), doesn’t that mean it’ll be dark and so the camera won’t see anything?
If you leave a light on so that the camera can see something, does that mean the hamsters will think it’s still daytime and stay in bed?

Ahh, childhood memories of being kept awake by a squeaky hamster-wheel… :-D

simple, use the pinoir camera, and an ir led. Obvcourse, the little critters can see ir so it may not help…

What we really need are time shifted hamsters!

You could have a permanent monitor to watch your hamsters’ activities through a 12 hour delay. (Admittedly the digital video storage might be a bit tricky… anyone got any ideas how much would be needed?)

Alternatively we could have an SPG Hamster Register, people around the world could watch each other’s hamsters live. No storage needed.

We placed a reed switch on our hamster’s wheel and rigged it into Scratch. Then left it running over night. Amazed to find out that our hamster ran over 9km per night.

9km sounds a bit much… for just one hamster?

You might like to check if you need any debouncing on the input from the reed switch… just a thought.

Hi, Violet’s dad here. Just before we received the Pi ‘Tric’ (or was it Trît?) died and the hamster that was left doesn’t appear to want to do anything.

We conducted quite a few trials with a time lapse set up overnight and he rarely leaves a tube he’s decided to call home.

Of all the hamsters we’ve had, the one we want to actually film is the most camera shy of the lot.

Have you seen this chap, Matt Duffin, who is using a Pi to count the wheel rotations and sending out an daily analysis report on his hamster’s overnight exercise? Looks awesome.

I saw it mentioned in the Omlet Newsletter.