How do we develop AI education in schools?

AI and data science have recently received a lot of attention in the media, as machine learning systems are now used to make decisions in areas such as healthcare, finance, and employment. The recently published UK National AI Strategy declared that “the [UK] government will continue to ensure programmes that engage children with AI concepts are accessible and reach the widest demographic”. But what will this mean in practice? As of yet, very few countries have incorporated any study of AI and data science in their school curricula or computing programmes of study. As part of the Raspberry Pi Foundation’s series of free research seminars on how to educate young people about AI and data science, we were delighted to host a panel event to discuss what young people need from AI education.

In this special panel session, we heard from two young people currently in education, as well as from the UK Minister for Tech and the Digital Economy, the CEO of the Raspberry Pi Foundation and a Senior Staff Research Scientist at DeepMind. The discussion was chaired by Tabitha Goldstaub, Co-founder of CognitionX and Chair of the UK Government’s AI Council. 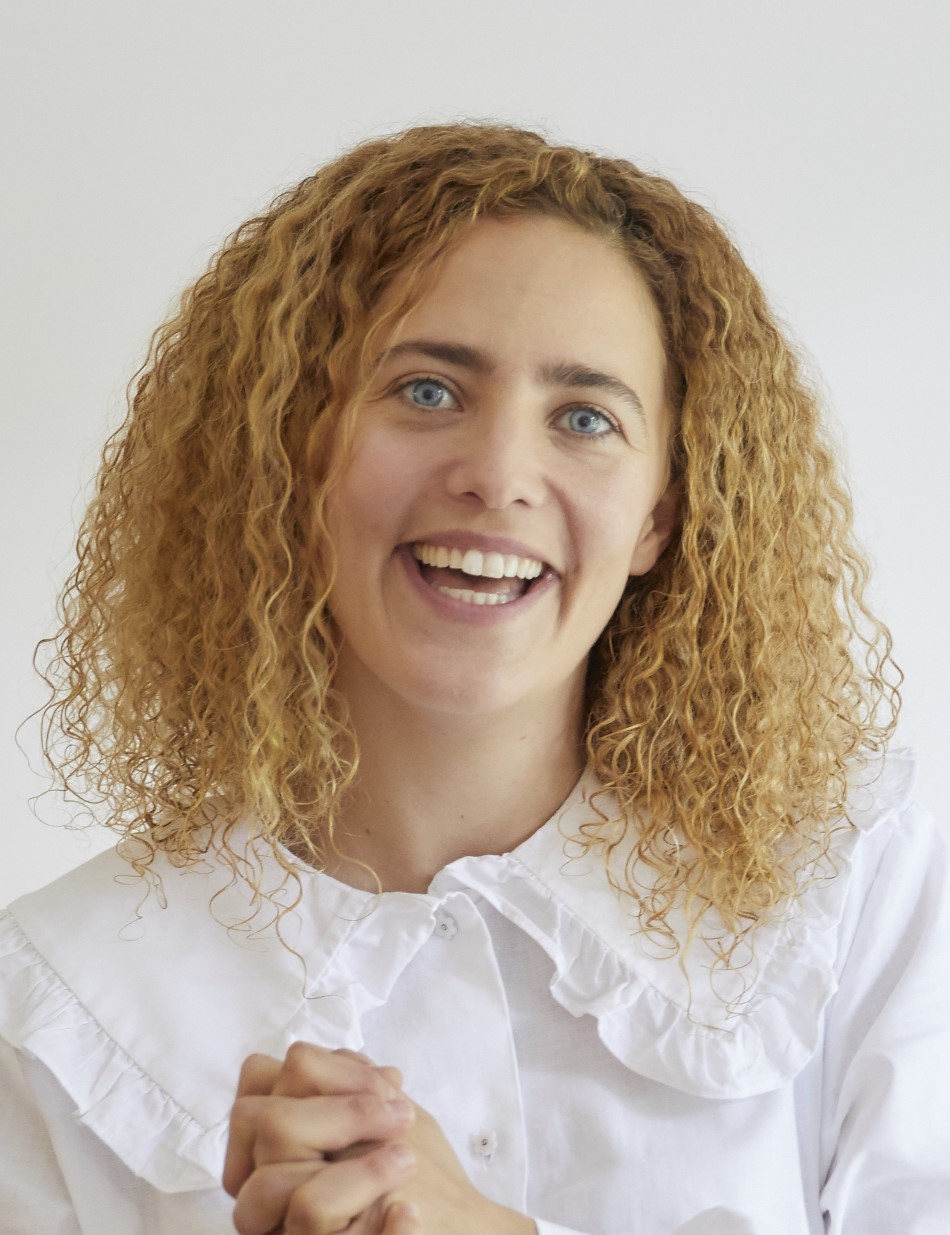 Tabitha Goldstaub is the co-founder of CogX, a festival and online platform. Alongside CogX, Tabitha is the chair of the UK government’s AI Council and a member of the DCMS Digital Economy Council and on the TechUK board. A serial entrepreneur, Tabitha was the co-founder of video distribution company Rightster (IPO 2011). Tabitha is the author of How To Talk To Robots: A Girls’ Guide to a Future Dominated by AI. She’s also an advisor to The Stack, TeensInAI, the Raspberry Pi Foundation and The Alan Turing Institute.

Chris Philp MP, Minister for Tech and the Digital Economy 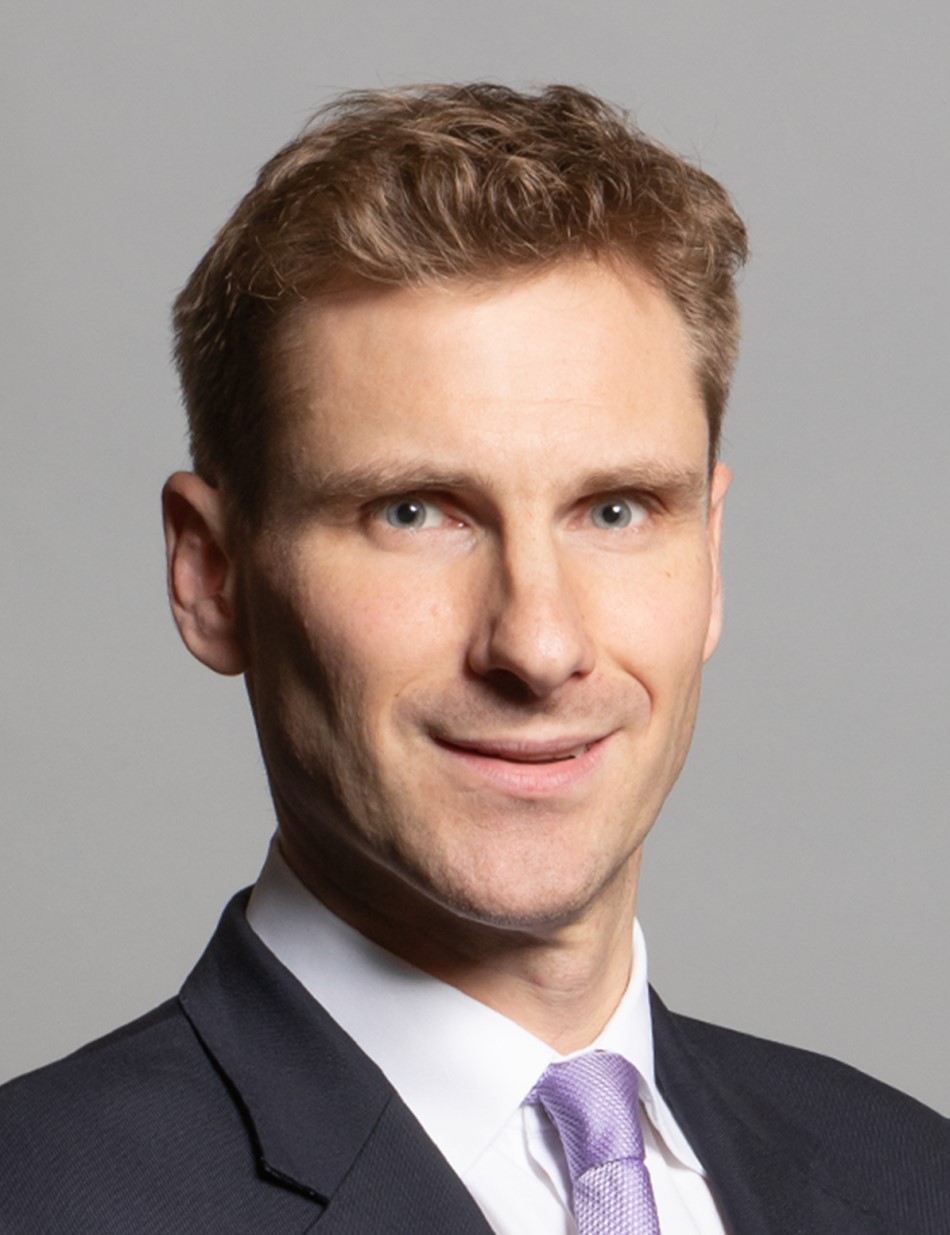 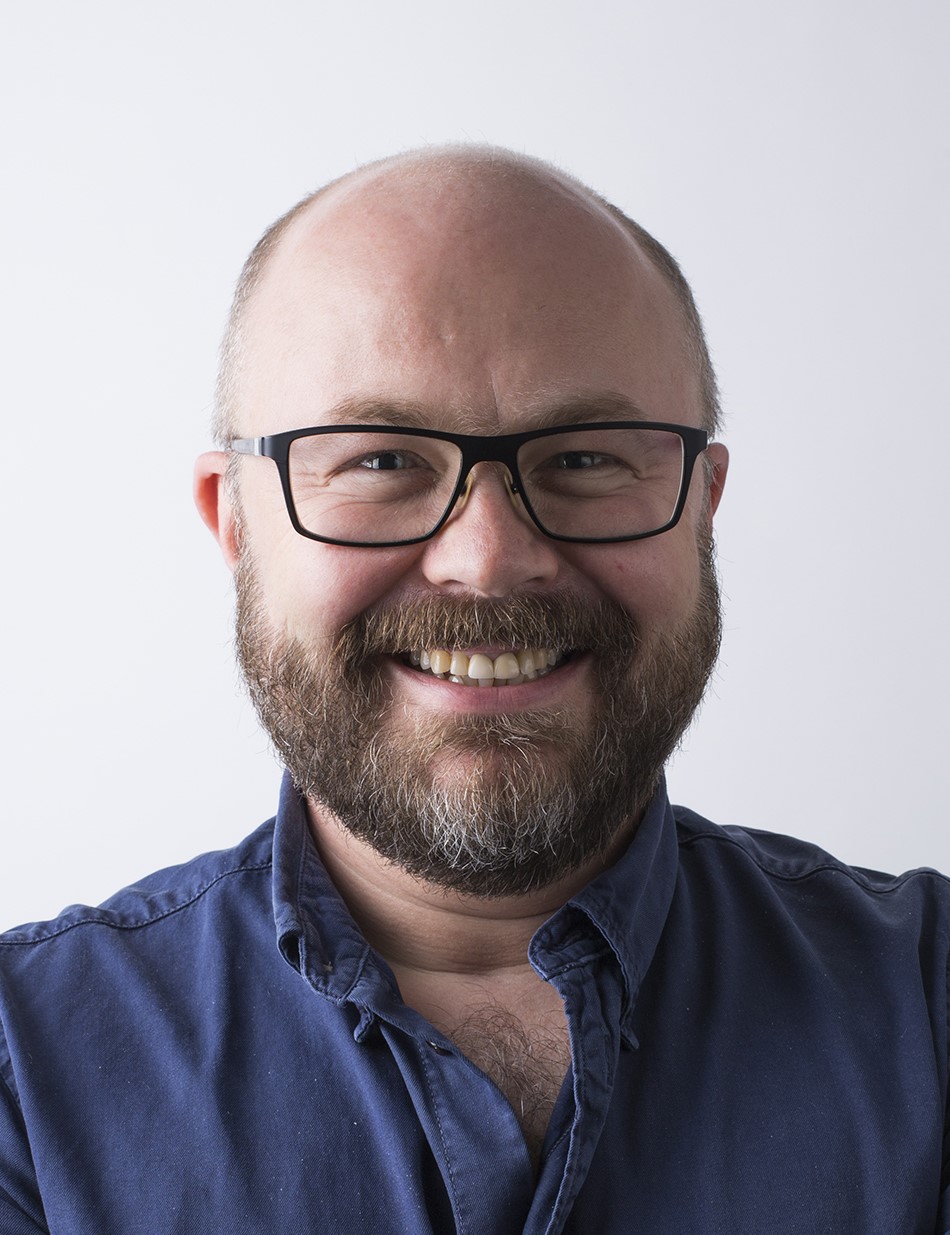 Philip Colligan was appointed as Chief Executive of the Raspberry Pi Foundation in 2015. He was previously Deputy Chief Executive of Nesta, the UK’s innovation foundation, and was one of the founders of the Behavioural Insights Team. He has served as a senior civil servant in the UK and advised governments and charities around the world. 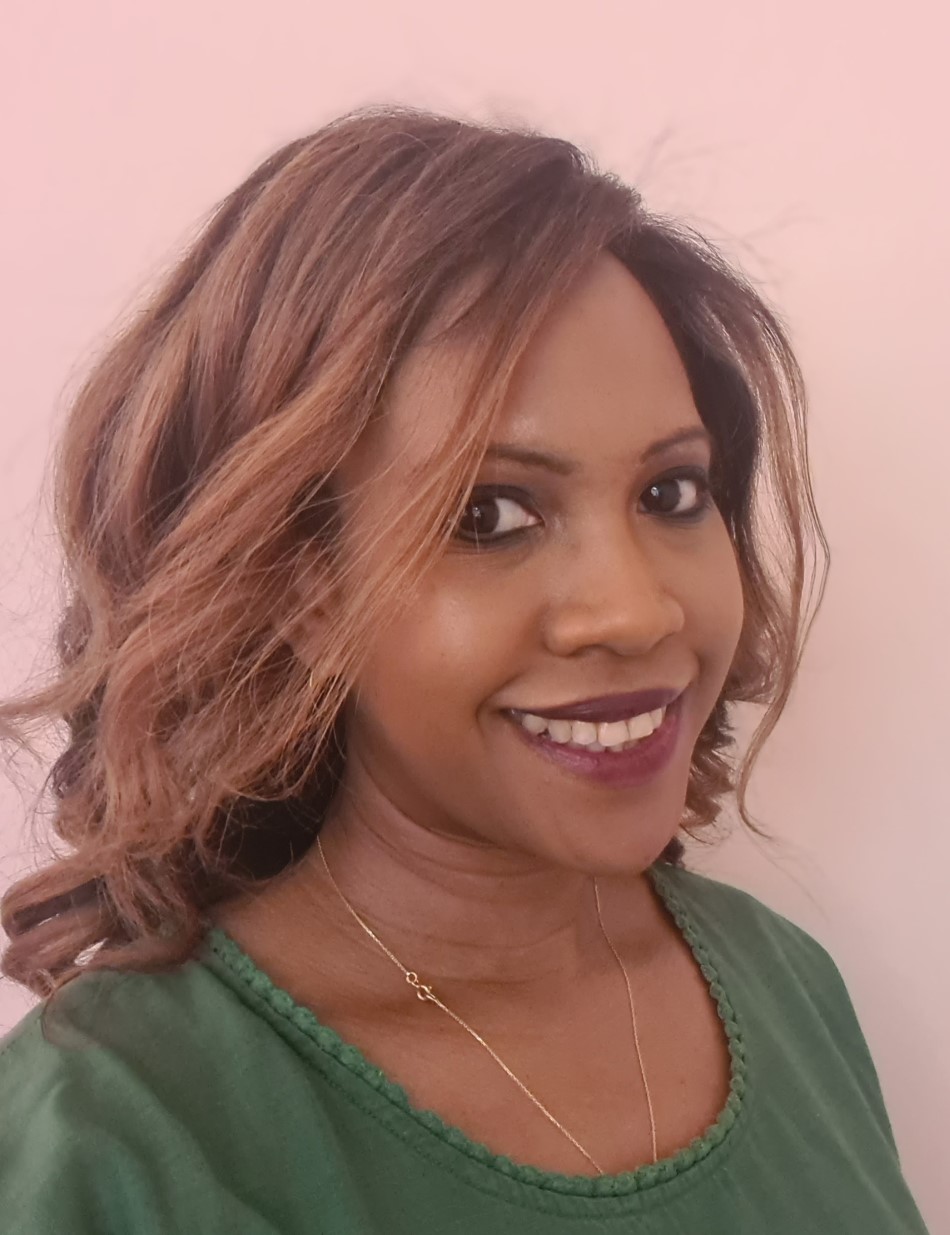 Danielle Belgrave is a Senior Staff Research Scientist at DeepMind. Her research has focused how we can use machine learning to solve challenging real-world problems. Over the past 10 years, she has published extensively on integrating medical domain knowledge, probabilistic graphical modelling and causal modelling frameworks to help develop personalized treatment and intervention strategies for mental health and respiratory and allergic diseases. 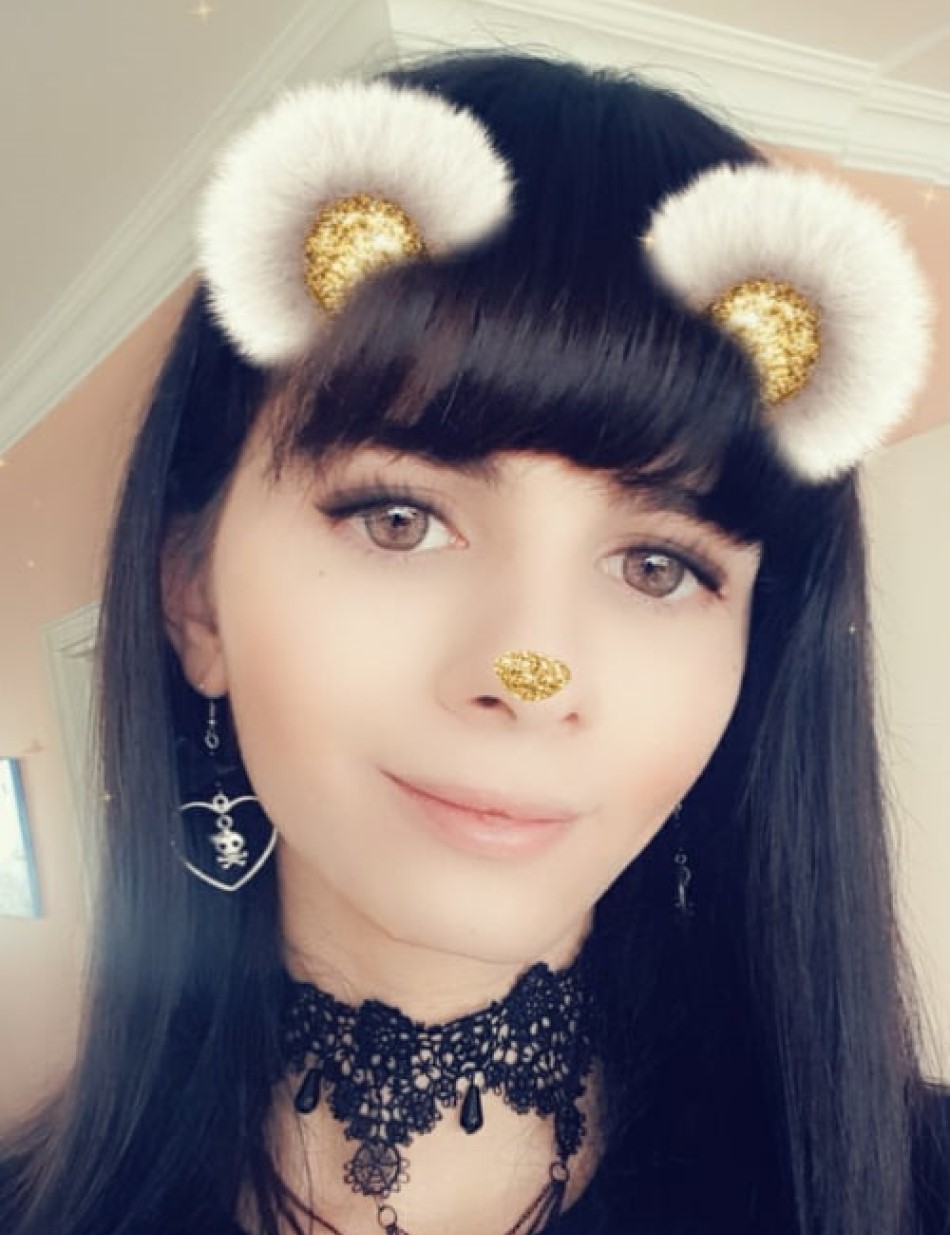 Alice Ashby is a Computer Science with Artificial Intelligence BSc undergraduate at the University of Brighton. She was awarded the Global Challenges Undergraduate Research Scholarship offered by Santander Universities in June 2021. Her research was on COVID-19 patient detection via smartphone-recorded coughs using confidence machine learning. 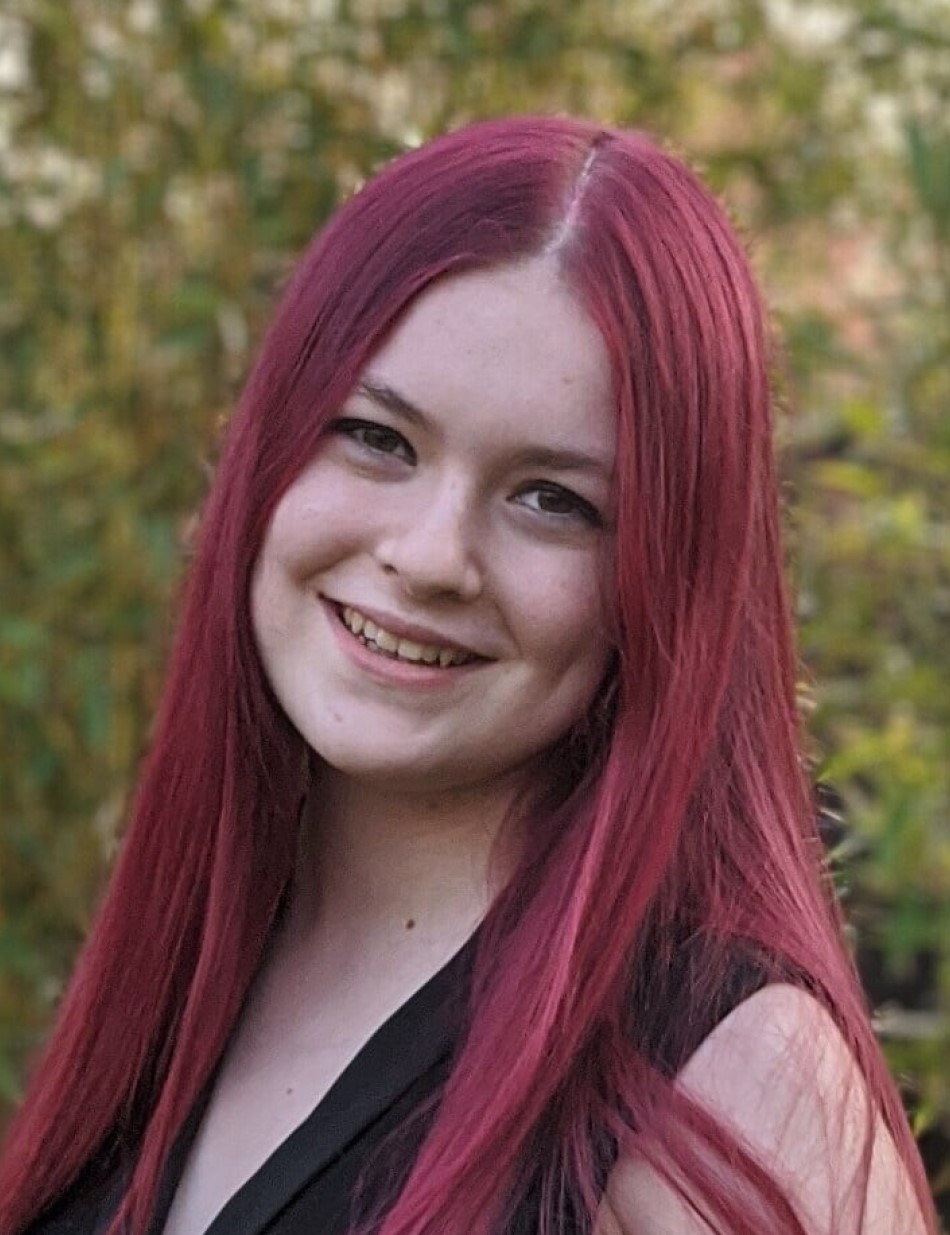 Caitie Glover is an A-Level student at Sandon School, Chelmsford. She is the Founder and CEO of Syper Education, a company levelling the playing field for neurodiverse kids and ensuring that no child is left behind. At 17 years old, she has a focus on how AI can be used for social impact, especially in education.

In this special panel session, we heard from a range of speakers who all have a different perspective on the topic of gender balance in computing education. Our particular focus was on the impact of non-formal and formal learning. We define non-formal learning as that which is voluntary and takes place outside the regular school curriculum; formal learning is school-based, sometimes mandatory, and sometimes leading to a high-stakes qualification. Both have their place in providing opportunities for learning — but what are the affordances of each in terms of increasing gender balance in a subject that we know attracts more male than female learners, at least after primary school? 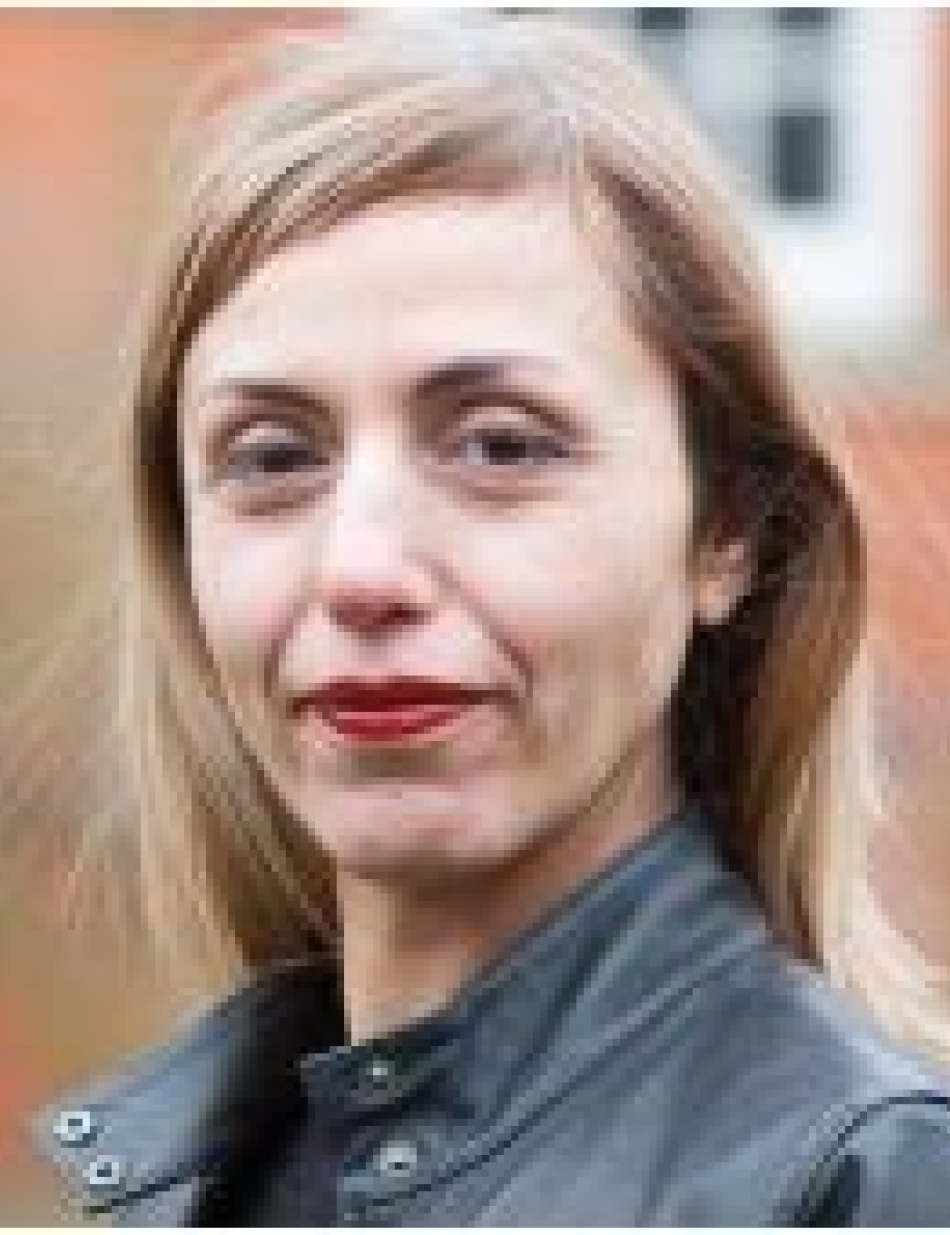 Dr Yota Dimitriadi is an Associate Professor of TEL & Computing Education at the Institute of Education, University of Reading. She is an experienced teacher-educator and has been awarded the competitive and prestigious National Teaching Fellowship Award by Advance HE in recognition of her work in inclusion and diversity. She has been successful for numerous funding applications around computing education and teachers’ professional development, including securing the highly competitive international Google PD Grant for two consecutive years. She has also organised and hosted a series of successful interdisciplinary conferences, including a very successful BCS Lovelace Colloquium in 2014.

Yota puts strong emphasis on female engagement in STEAM. She has lobbied and collaborated on international projects to support female engagement in Computer Science and the development of female leadership skills. This included an international Knowledge Transfer Project with the World Association for Girl Guides and Girl Scouts (WAGGGS) that led to the development of i-GLOW, a flexible e-learning and communication platform. 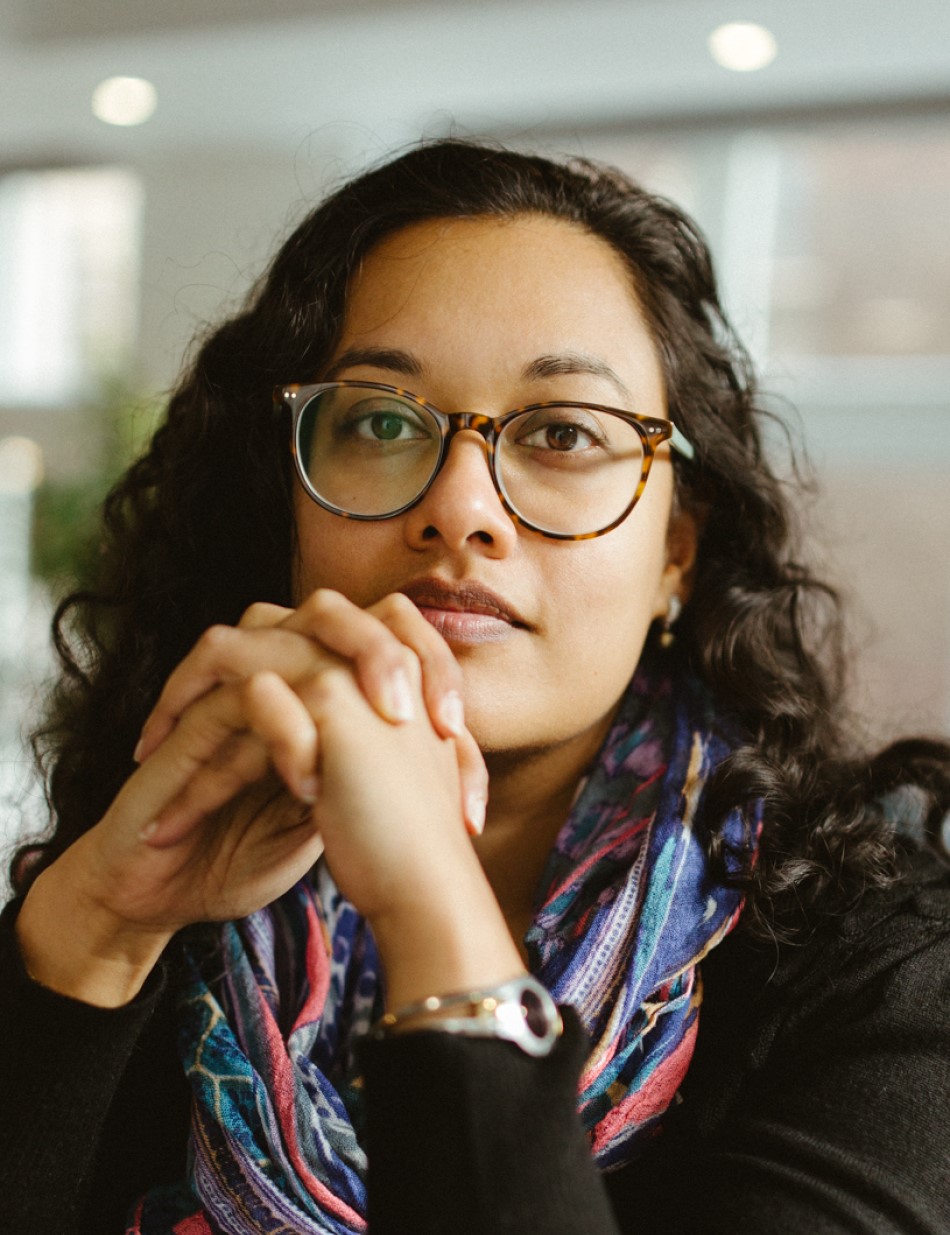 Amali de Alwis is Managing Director of Microsoft for Startups UK, prior to which she was CEO of Code First: Girls. Outside of the day job, Amali is a Board member at Raspberry Pi Foundation, Ada National College for Digital Skills, and Festival UK 2022. She was a founding member of Tech Talent Charter and was awarded an MBE in 2019 in the New Year’s Honours list for Services to Diversity and Training in the Tech Industry. 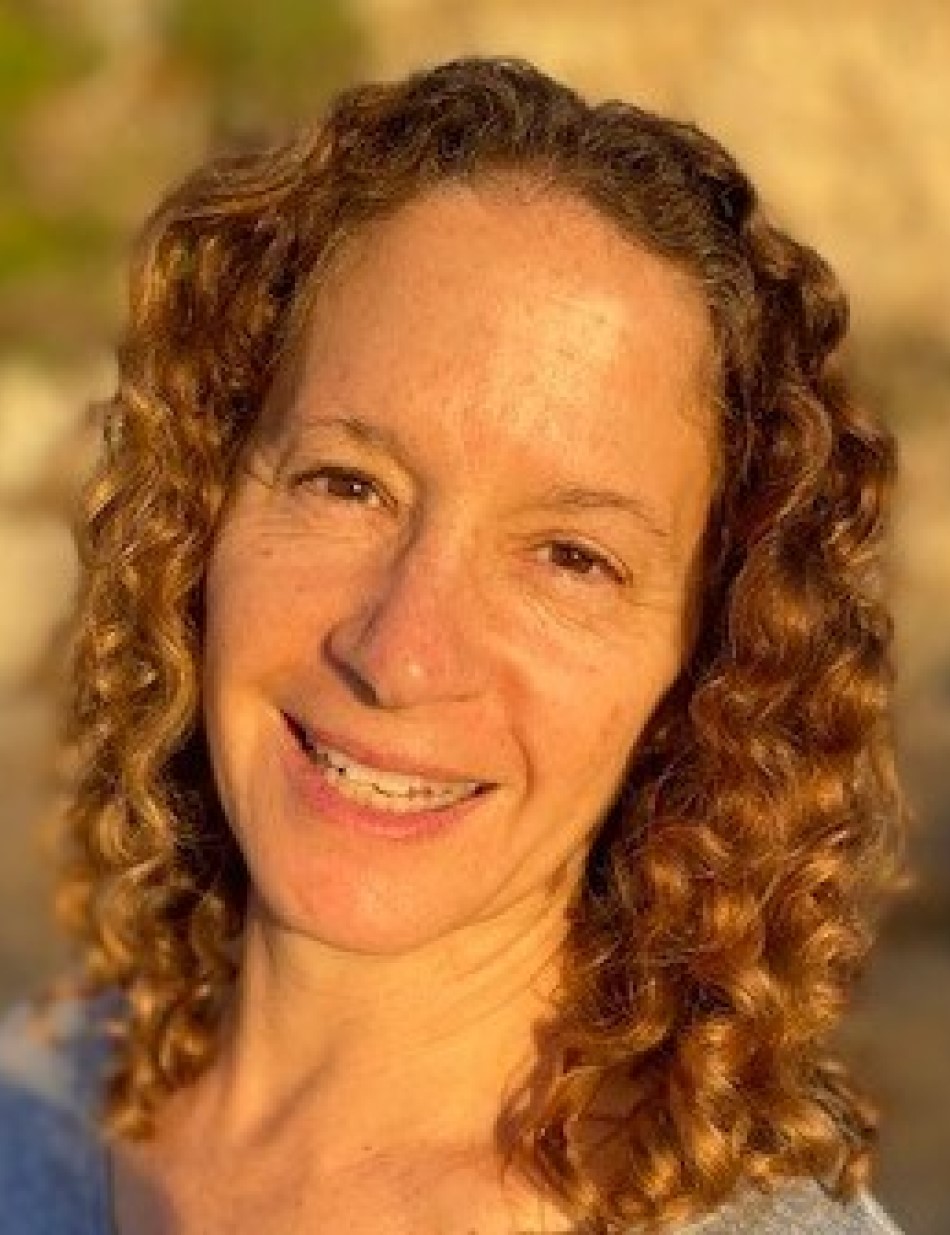 Jill Denner, PhD, is a Senior Research Scientist at Education, Training, Research, a non-profit organization in California. She does applied research and evaluation on broadening participation in computing and other STEM fields in partnership with schools, community-based organizations and colleges. Her current research focuses on the integration of computer science into elementary and middle school, how to build structures and systems to retain students in computing from high school to community college, and the use of sports and physical activity to teach math and science. 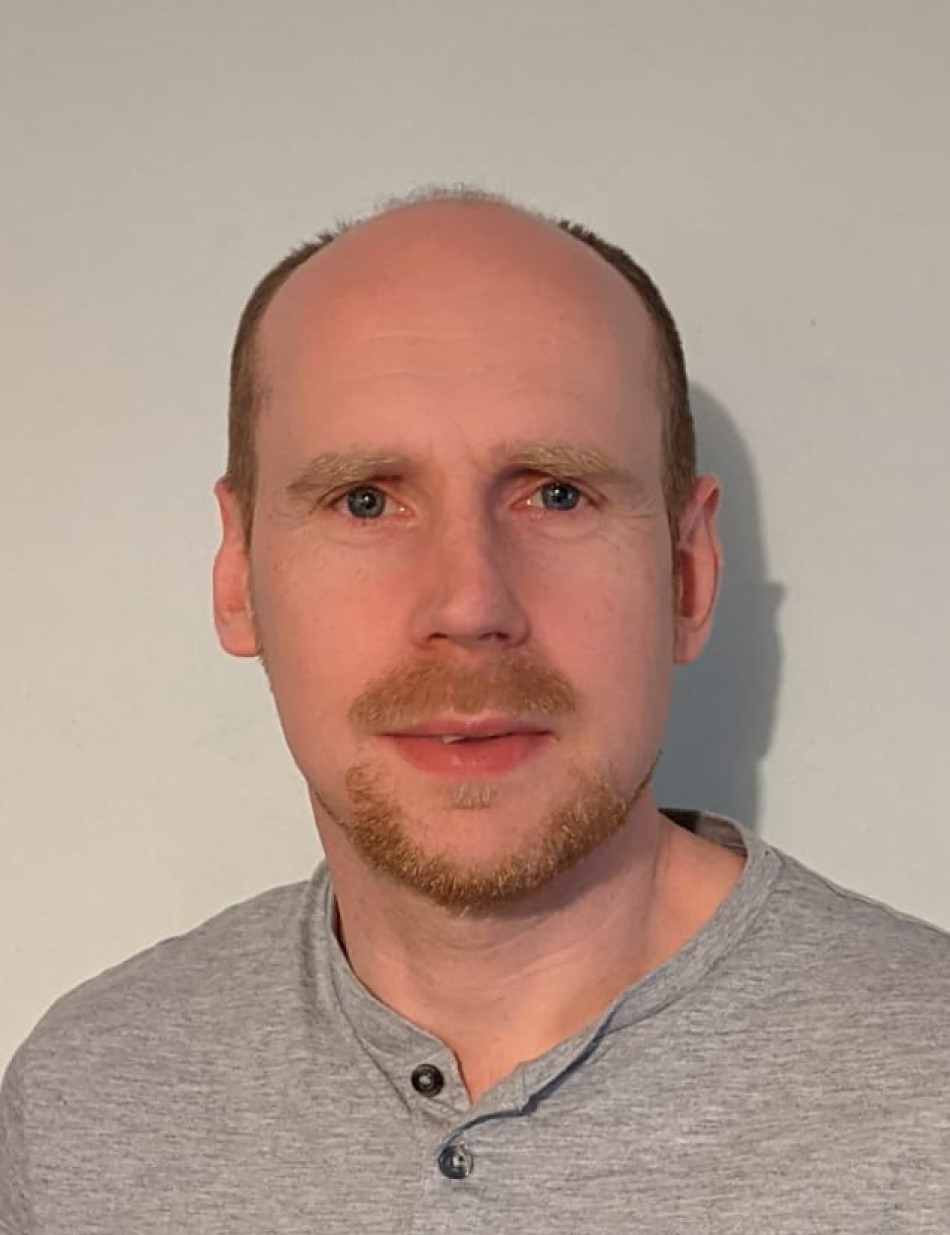 Pete Marshman has over 15 years’ experience of teaching computer science to secondary, primary and post-graduates. As an assistant headteacher, AST, SME and Master teacher, he has been influential in supporting teachers with CPD through organisations such as Hodder and Osiris. Pete is best known for his research and work around building self-efficacy in girls in computer science and advises institutions across Europe where he is also an EU Code Week Ambassador.

He has produced, edited and authored resources for leading organisations in computing education such as the BCS, the BBC, Hodder Education, INEOS, the Royal Society, the European Space Agency and PG online. Pete has recently appeared on BBC Panorama, sharing best practice to encourage girls into computing through contextual applications. 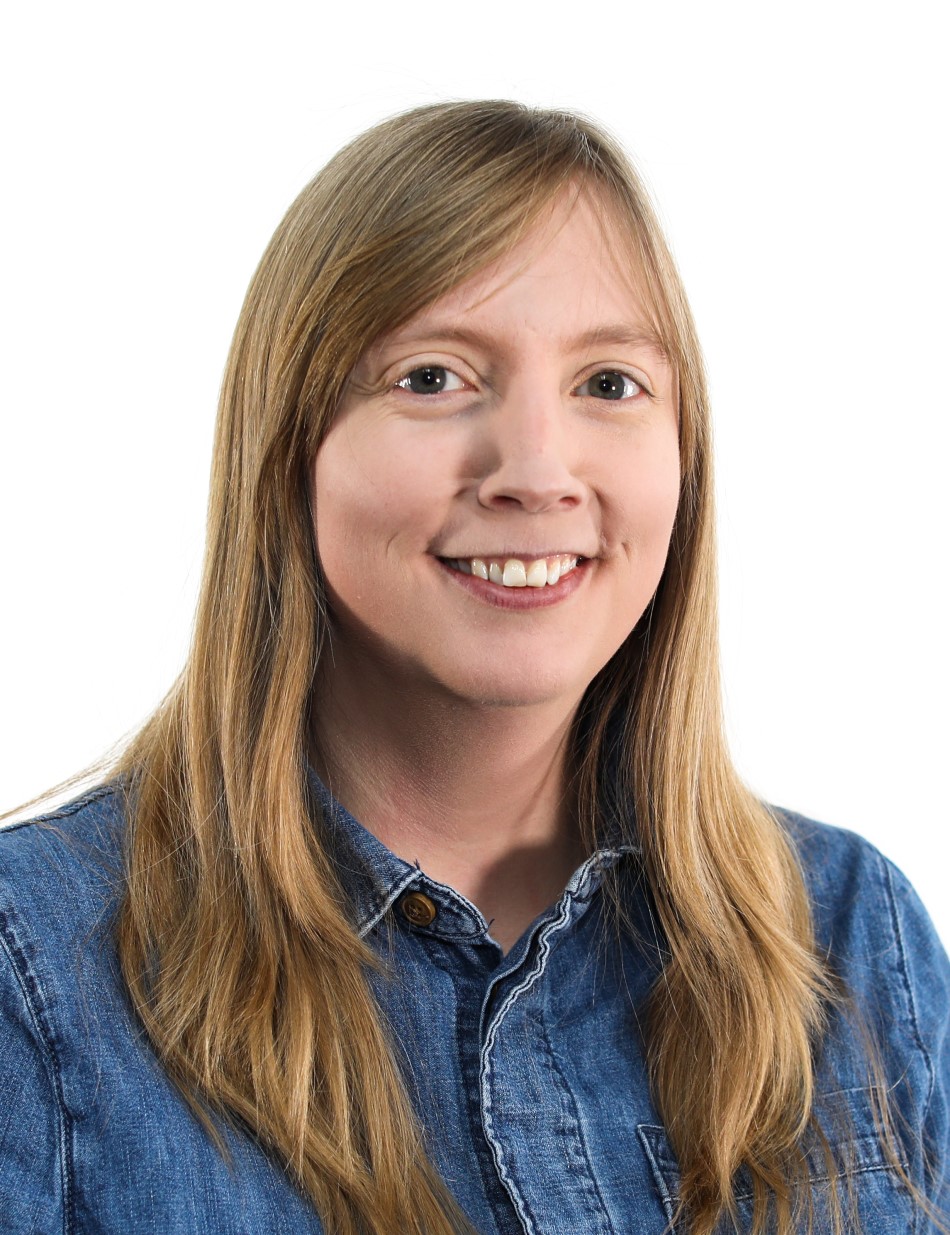 Carrie Anne Philbin MBE is the Director of Education at the Raspberry Pi Foundation and is the Chair of the Computing At School (CAS) diversity and inclusion group, #CASInclude. She wrote the computing book Adventures in Raspberry Pi (2013) for teenagers. She runs the YouTube channel Geek Gurl Diaries and in 2017, was the host for Crash Course Computer Science.