Dave: We’re really happy to announce a new project in partnership with British ESA Astronaut Tim Peake, UK Space and the European Space Agency: we’re sending Raspberry Pis to the International Space Station! Read on to find out how to get your code running on them…

Leading UK space organisations have joined forces with British ESA Astronaut Tim Peake and Raspberry Pi to offer students a chance to devise and code their own apps or experiment to run in space. Two Raspberry Pi computers are planned to be flown to the International Space Station (ISS) as part of Tim’s 6 month mission and both will be connected to a new “Astro Pi” board, loaded with a host of sensors and gadgets.

Launched today (10 Dec 2014) at an event held by the UK Space Agency, the Astro Pi competition will be officially opened at the BETT conference (21-24 January) and will be open to all primary and secondary school aged children who are resident in the United Kingdom. The competition will be supported by a comprehensive suite of teaching resources that are being developed by ESERO-UK and Raspberry Pi.

During his mission, Tim Peake plans to deploy the Astro Pi computers in a number of different locations on board the ISS. He will then load up the winning code whilst in orbit, set them running, collect the data generated and then download this to Earth where it will be distributed to the winning teams.

Speaking at the Astro Pi launch event, Dr David Parker, Chief Executive of the UK Space Agency, also revealed that the UK Space Agency has been given a £2 million programme, as part of the Chancellor’s Autumn Statement, to support further outreach activities around Tim’s mission, particularly to help inspire interest in STEM subjects.

So much technology relies on big data but not enough people are being trained in this field. This challenge helps the next generation to have fun whilst learning the skills that industry need.

Creating tomorrow’s engineers is part of our industrial strategy that gives a long term commitment to world-class skills.

I’m really excited about this project, born out of the cooperation among UK industries and institutions. There is huge scope for fun science and useful data gathering using the Astro Pi sensors on board the International Space Station. This competition offers a unique chance for young people to learn core computing skills that will be extremely useful in their future. It’s going to be a lot of fun! To help students on their way in developing their code, five inspirational themes have been devised to stimulate creativity and scientific thinking. The themes are Spacecraft Sensors, Satellite Imaging, Space Measurements, Data Fusion and Space Radiation.

In the primary school age category, teams will be asked to devise and describe an original idea for an experiment or application which can be conducted on the Astro Pi by Tim during his mission. The two best submissions will get the opportunity to work with the Astro Pi team to interpret their ideas and the team at the Raspberry Pi Foundation will then code them ready for flight on the ISS.

In the secondary school age group, the competition will be run across three age categories, one for each of Key Stages 3, 4 and 5 (in England and Wales, and their equivalent ages in Scotland and Northern Ireland). In the first phase, competitors can submit their ideas for experiments and applications. At least the best 50 submissions in each age category will win a Raspberry Pi computer and an Astro Pi board on which to code their idea. In phase 2, all teams will develop code based on their original concept and two winning teams will be selected in each age category. The winning teams’ code will be readied for flight by the Raspberry Pi Foundation and CGI.

As well as having their code uploaded to the ISS, all winning teams will each receive a class set of Raspberry Pi and Astro Pi boards, meet the Astro Pi team and participate in a winners event during Tim’s flight. 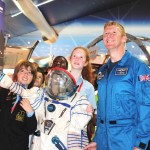 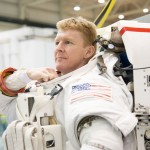 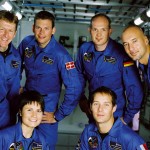 In addition to the main prizes, each of the UKspace companies supporting the project have offered a prize. These prizes will be awarded to the best submission associated with each of the themes, across the age ranges.

ESERO-UK and Raspberry Pi are developing a comprehensive suite of teaching resources to link to the curriculum and assist teachers of STEM subjects in engaging their students in the competition.  As well as explaining how to use and write code for the Astro Pi and its sensors, the resources will provide a context for the Astro Pi in the curriculum and link to teaching subjects and areas.

The first two resources of the series are available now in the National STEM Centre eLibrary and the rest will follow.

Launching the Astro Pi computers, and consequently the successful implementation and completion of this competition is subject to nominal progress through the ESA integration programme and operations on-board the ISS.

The organisations involved in the Astro Pi competition include the UK Space Agency, UKspace, Raspberry Pi, ESERO-UK and ESA.

Dave: The Astro Pi board will be a Raspberry Pi HAT and will comprise the following: 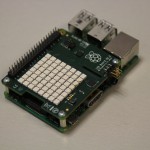 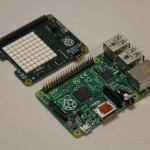 Keep an eye on our blog, the Astro Pi website and @astro_pi on twitter for updates! More information will be made available after the competition launch at BETT in January.