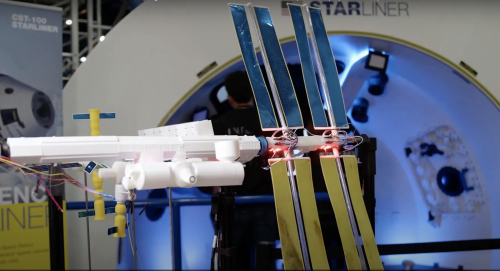 We were SUPER excited to find out about the ISS Mimic last week. It’s a miniature version of the International Space Station that lives on the ground with the NASA engineers who built it. It mirrors the exact actions of the real thing up in space! We’re going to be learning more from the team behind this epic build, so keep your eyes on the blog.

Inspirational teachers were also front and centre, as well as Randi Williams, PhD student at MIT Media Lab, who joined the Digital Making at Home live stream for young people to discuss the basics of machine learning.

Our community also churned out a Raspberry Pi–powered Smart IoT glove, a foam-firing spy camera, and a clock that tells the time on Mars. What is time on Mars? Is there ‘time’ on Mars? It’s Friday — that’s not a Friday question.