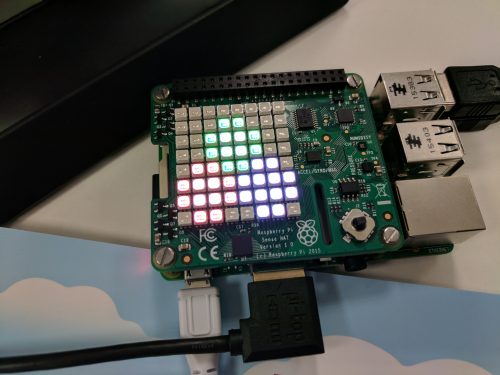 Since the Raspberry Pi Foundation and Code Club merged back in 2015, we’ve more than doubled the number of clubs to over 10,000, giving children around the world the opportunity to learn how to make things with computers. Yesterday, we announced that we’re responding to huge demand from young people by extending Code Club to 9- to 13-year-olds, starting from September. And we’re accelerating the work to translate club materials into even more languages.

Julia, the open-source language for scientific computing, is now available for Raspberry Pi, thanks to the efforts of Viral Shah and his team. We look forward to welcoming Julia programmers to the Raspberry Pi community.

We were delighted that Raspberry Pi beat the Tesla Model S in the final round of CB Insights’ bracket to find the most innovative consumer product since the iPhone. Congratulations to Tesla on doing as well as they did.

There are plenty of projects this week, from things people have built with the Google AIY Projects kit that came with The MagPi 57, to low-cost astrophotography, to some striking psychedelia. Tweet us if you try one of them out.

See you next week!