Hello all I finally managed to install Dolphin the GC/Wii emulator on the latest 64 bit Pi OS. After having so so so many issues getting it setup I wanted to document exactly what I did (partially for my sake). Here's a step by step guide of what I did to get it installed and working.

First of all DO NOT SUDO APT INSTALL dolphin-emu it is multiple years and multiple thousands of commits behind.

Alright now that that is out of the way we're going to want to build from source. Don't worry this is not nearly as difficult as it sounds.

1. Dependencies: There are a lot of dependencies however I've listed all the ones that in the end had to be installed to get it to build successfully. Run these before building! Open Terminal and run the following (first update then install upgrades then install dependencies)

2. Building: Once again just run these in order the make process should take around an hour on a non-overclocked pi. Open a new terminal session so you know for sure you'll be in the default directory.

3. Configure Dolphin: Now we want to configure dolphin if you attempt to run it now you'll get OpenGL errors.

First you'll want to open dolphin once and click "Graphics" and set it to open GL you can do this either by typing dolphin-emu in terminal or open it from the "games" tab. After this close dolphin. This creates and populates the gfx.ini that we are going to be editing (it's a 1 line edit). After this open terminal again

DO NOT RUN THIS AS SUDO

You have to put this under [Settings] (it will only work under that). You don't actually need to type settings I just put it there for reference.

The purpose of this is to tell Dolphin to fall back to OpenGLES which pi has a supported version of instead of OpenGL which is not up to date enough to run Dolphin.

Additionally if you know the game in question wasn't stressing original hardware you can go to the advanced settings and underclock the virtual CPU. I don't recommend this for many games though.

4. Overclock your Pi: This is optional technically but not really if you want a chance of even running light games at full speed

Both the CPU/GPU can go higher however I consider these clocks stable for the majority (read every pi I've tested).

And that's it you're now running Dolphin. Here's a pic of Harvest Moon AWL running. 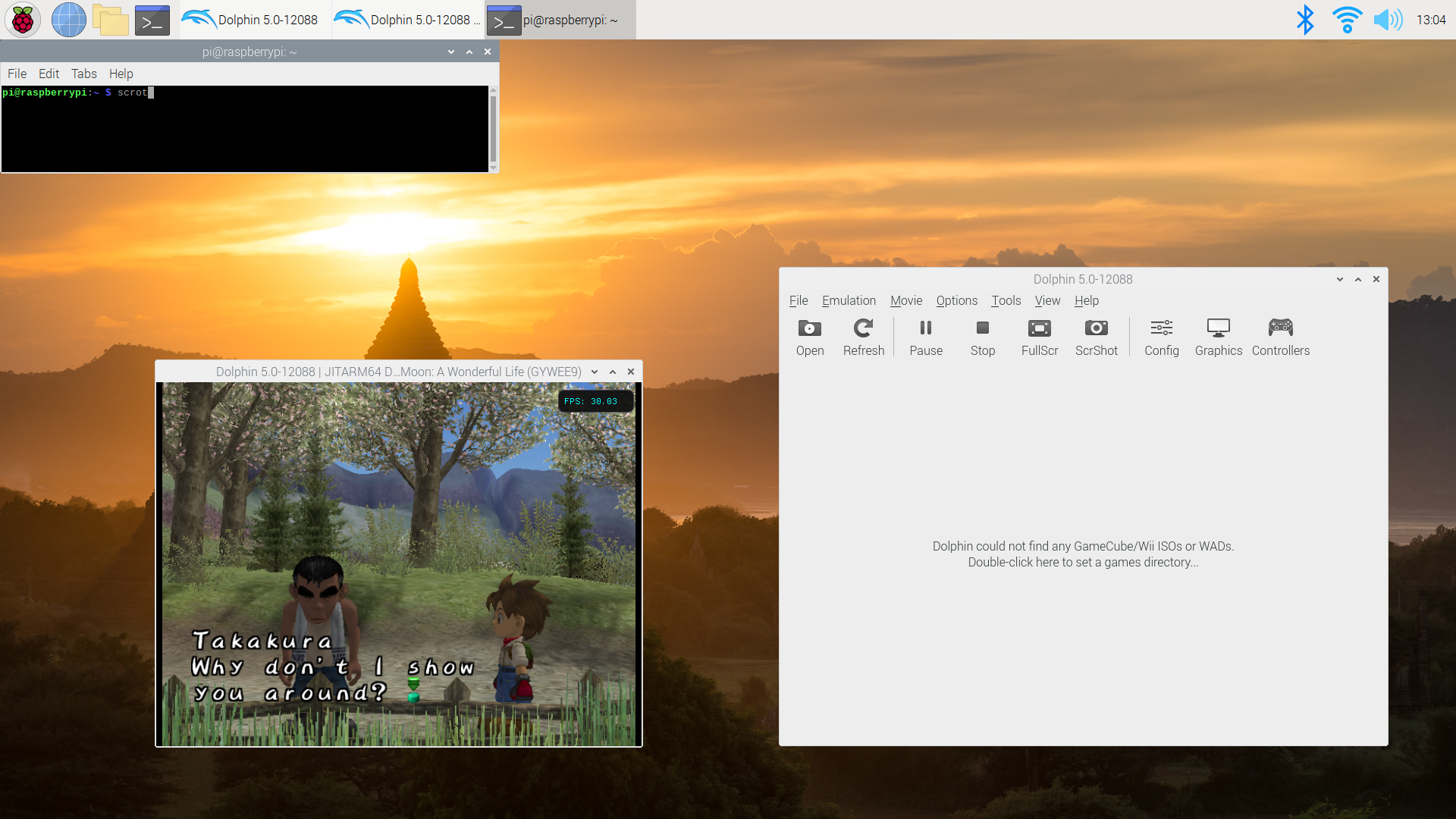 Note: There are other topics on this subject but nothing specifically on the new Pi OS.

Re: Building and running dolphin (GC/Wii emulator) on the 64bit Raspberry Pi OS