I found them completely by accident so ill tell my story

The same day (7th Sept), i ordered from Farnell.

Today (21st) i get an email saying they couldnt process order because i used a Visa Electron card!!!!
so....

In a mood i thought id look on ebay or Amazon for one and pay over the odds but get one as ive been waiting MONTHS......

on Amazon i found a Pi for £33 but it also had the seller which was Proto-Pic.

i did some research and found there site http://www.proto-pic.co.uk

They had one left at £30.59 Inc Vat so i ordered it and found they where based 5 miles from my house and that i could actually go pick it up instead of having it delivered

Everything went through (got several emails during the process) and i was to call the sales team to arrange collection which I did.
I called through but was an answering machine so i left a message with my number to call back.

5 mins later, the phone rings and its the sales team. the member of staff explained to me that there stock levels where updated every 15 mins on the site and unfortunately i was sniped

Hmm, what strikes me as dodgy is that proto-pic are advertising them as rev 2.0 when afaict there is no way of gauranteeing rev 2.0 Pis with a farnell order.

true but will find out on monday 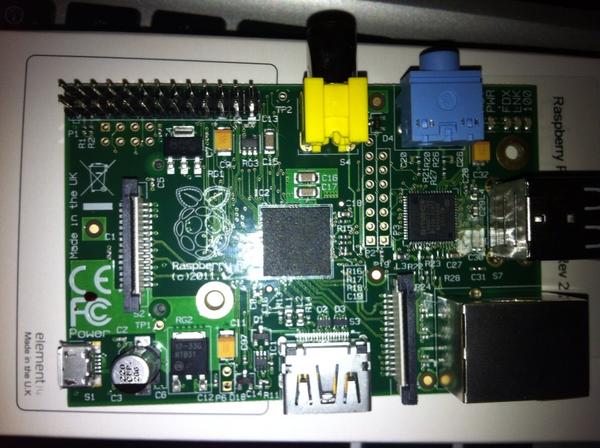 Arrived around 13:40, Next day delivery! I had to check the invoice to confirm I actually took the FREE delivery option.
Pleased to finally get the rev2 versions in hand.

plugwash wrote:Hmm, what strikes me as dodgy is that proto-pic are advertising them as rev 2.0 when afaict there is no way of gauranteeing rev 2.0 Pis with a farnell order.

I could it be that if you are ordering via a business account in the UK then they probably can guarantee that you'll get Rev2 boards because there are no more Rev1s left in their "for UK account customers" supply chain ?