I bought a pair of IR leds advertised for use with Raspberry Pi NOIR cameras. These pop up in all the usual online seller listings. They are usually advertised as having 1W 850nm LEDs with automatic dusk/dawn sensing. I've quite often seen them appear on these forums with little in the way of comment. While they did illuminate a scene at close range I was underwhelmed by the results so decided to investigate.

The product came with no instructions as to the wiring, and although my camera module had compatible mounting holes these were not electrically connected so I did a bit of reverse engineering. This is when I began to suspect the technical description.

I determined the required polarity by looking at the +/- markings adjacent to the LED solder terminals after removing the push-on lens. With this info I connected one LED module to a bench PSU with variable current limit to determine the appropriate supply voltage.

The typical forward voltage for an IR LED is around 1.5V so a forward current of the order of 666mA would be needed to deliver 1W (VxI) Given the Pi would only be likely to offer 5V at this sort of current (from the USB adaptor input) I set the PSU to 5V. Only 150mA resulted although the LEDs did illuminate (dim red in the visible). No way could this be described as 1W. This is when I decided to trace out the circuit schematic:
The attachment ir.jpg is no longer available
The 5-pin SOT-23 device case code didn't get a direct search result but for some reason Google offered the datasheet for a 2.5V 50mA linear regulator in the same package. Not only that but the lead-out was a perfect match for the part on the PCB. In bright ambient lighting (IR led off) the output pin did indeed measure 2.5V.

But 50mA? Yes. In the dark, with the LED on, the regulator goes into current limit mode and the 2.5V output falls to well below 2V. With the PNP transistor Emitter-Collector drop the LED sees even less, hence the dismal 150mA. The operation of the rest of the circuit is all about the photoresistor sensor turning on and off the LED via the PNP transistor.

This is essentially what the circuit is after the 2.5V regulator (I put 5V as the supply in LTspice simulator to check the operation of the circuit if the feeble regulator was omitted)

It's all a bit silly IMO. For one thing, the two LEDs that make up the pair as sold would be much better in series with each other. This would mean a volt-drop of 2V from a 5V supply would be required rather than two lots of 3.5V If they were driven at 1W (666mA) the wasted power in these drops would be more than double the power in the LEDs.

As an aside for any EE reading how does the "upside down" NPN work? The base would have to be 0.6V higher than the emitter to conduct but the resistors all connect to ground. The PNP base is pulled down when dark but the photoresistor is actually higher resistance when dark. It does kind of work though, and the spice simulation also has more current flowing in the LED when R3 is set to a higher value. I've no feel for why this works.

Anyway, my point is that while these popular modules do produce some IR illumination, they don't (can't) perform like the seller's description. I've also seen them advertised as 3W which is even more of a joke. I will probably re-wire the pair in series with just one photodiode switching them both. A 2V drop via a resistor at 0.5A (4 Ohm) would be the current limiter. This resistor would dissipate 1W, plus 2W for the two leds so you could advertise such a setup as 3W if you had no scruples!

These LEDs are designed to run off a 3V3 source.
As they are designed to clamp onto Waveshare style Pi cameras.
The whole current for these then has to come through the cameras 3V3 power line and was never designed for this.

Either way they do the job they tend to be used for, close up wildlife setups or a small room.

Collector and emitter of Q2 are reversed.

I agree. But as bensimmo points out, they might be of use for bird-boxes or similar. That's being very generous though.

I ended up mounting mine on the aluminium camera housing and desoldering all the SM apart from the LEDs and wiring those in series. A switch-mode constant current LED driver then drives them at 600mA (0.9W each) from the 5V adaptor. Actually would have cost about the same to by the 1W leds and a couple of "star" MCPCBs to mount them on plus lenses so not a total waste.

I have purchased those LED, and worry about how much current will go through these thin CSI cable.
The camera module itself will consume 250ma maximum, if two LED reach 3W, then total current will over 1A, I think LDO in rpi will not over 0.5A.

yes, you are right to worry. Whoever designed this was only interested in your money, not in how well it would work, or if the technical details would be okay.

Its not designed (or sold) by the Raspberry PI foundation, or even a competent design-house like Adafruit, or the PIHut. And only sold through dubious channels.

I would never buy or use such a product, but that's just my humble opinion.

a separate infrared floodlight powered by a separate PSU would be a much better solution.

if you could see the infrared light you would know that something was amiss with this "solution".

mahjongg wrote: ↑
Tue Jul 23, 2019 5:11 pm
if you could see the infrared light you would know that something was amiss with this "solution". 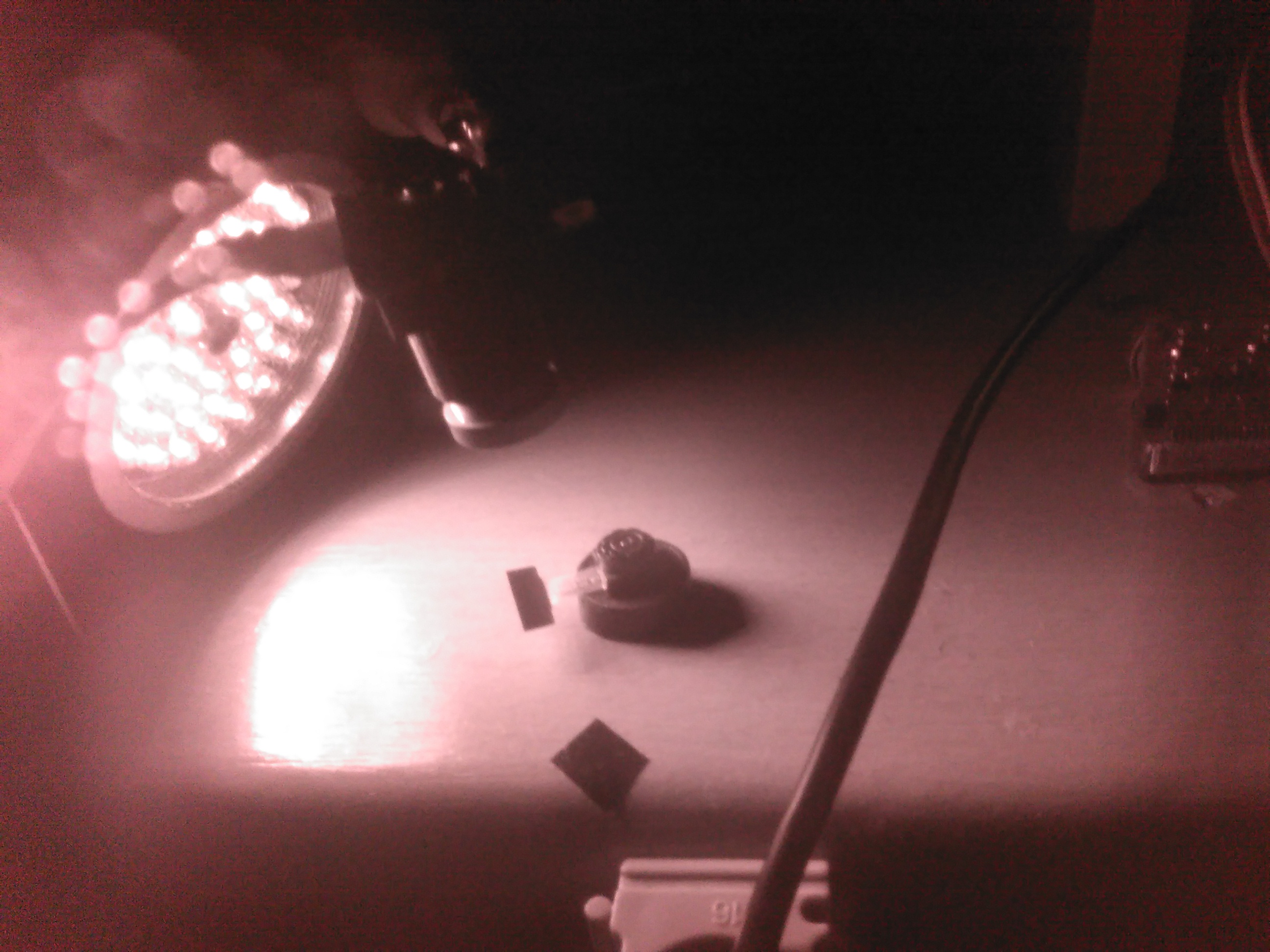 Yes, I know, but you also need to have to know a point of reference, if you could see it with your own eyes you would have that automatically and could estimate how "bright" the light is relative to other infra red sources.
With a camera not really, you could see it was emitting infrared light, it would be hard to estimate how much, contrary to your expectations..
Post Reply
9 posts • Page 1 of 1