Hello everyone!
I just got many original rpi's model B for scrap price.

Now i wonder - what can i do with them?
All modern popular projects require at least rpi 2 or higher
Is there any projects that still support rpi 1 B?

I appreciate any suggestions and things to try

The Pi1 is still about the same speed as the currently available Zero, so any projects that use the Zero and don't rely on the size of the board would be in scope. It's still way faster than a microcontroller like Arduino.
Principal Software Engineer at Raspberry Pi (Trading) Ltd.
Contrary to popular belief, humorous signatures are allowed.
I've been saying "Mucho" to my Spanish friend a lot more lately. It means a lot to him.

I still have two 1Bs and a 1A running various things around my home and garden. Just odd little things I have written myself, such as temperature monitoring/heating control and lighting.
Unreadable squiggle

Use one with piaware and an ADS-B dongle to track aircraft.

I use Pi Zero's for Kodi boxes https://kodi.tv/

Do not even use a case just let them run naked

Now i wonder - what can i do with them?
All modern popular projects require at least rpi 2 or higher
Is there any projects that still support rpi 1 B?

I appreciate any suggestions and things to try

Could you make a Pi museum?

One of the nice things about the original model B, the B+ and the Zero is that the processor, memory and network speeds, though slow, are quite balanced. This means that you can connect them all up to a recycled 100 megabit network switch and obtain reasonable parallel scaling when running MPI distributed memory programs. Though not suitable for practical computation, such a clusters can be useful as development environments for writing parallel programs that run on different hardware later.

and the links therein. Since you would be using a standard networking switch, please ignore the part in that thread about setting up a network of Pi Zero gadgets using a USB hub. Except for that detail, everything else in that thread also applies to setting up a cluster of recycled Pi B computers.

Note that setting up a cluster of new Pi 4B computers using a gigabit switch can be done at significantly greater cost following the same procedure. In that case, however,the resulting cluster could have some practical use for running parallel programs as well as developing them.

I'm sure we did this list not so long ago so a forum search should be in order.

They can do anything and everything they could back before the Pi2Bv1.1 was launched, plus anything anyone has thought of since that doesn't tax the capabilities of a Pi2Bv1.1.

Discussions there about which models are OK. Basically: any model Pi will do the job reasonably.

I have one of my Pi 1Bs set up as a Kodi video player for occasional use - works fine.

I still have Pi1 sitting next to 3D printer and acting as some kind of glorified USB extender: running Java process (on the latest Raspberry Pi OS) which proxies TCP traffic to USB port (special version of jsse on client side and normal on Pi side). Also, at the same time it runs python script which moves camera (using ServoBlaster for driving servos) and mjpg-streamer for video... And I feel like I'm under-utilising it... LOL

I'm listening to mine, right now 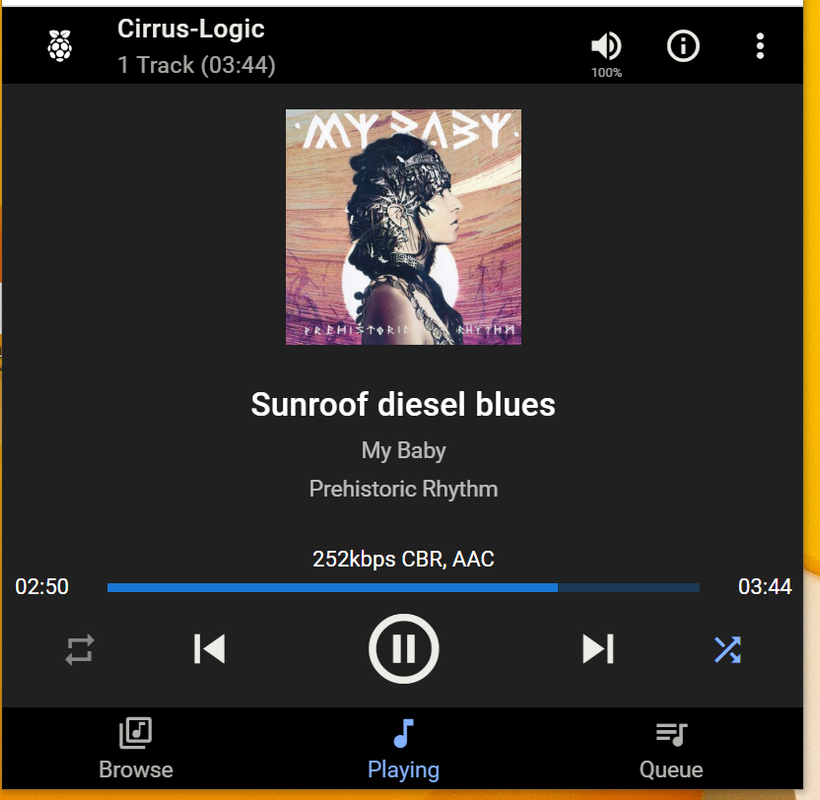 I've got a Pi B rev. 2 I'm currently updating the software on so it can get back to work for the past 5 years it's been a very good little NAS, git server, media server, and little webserver.

You could build a cluster computer, (if you have enough PIs, and a need for it. Personally, I have never needed one, but still want to build one.