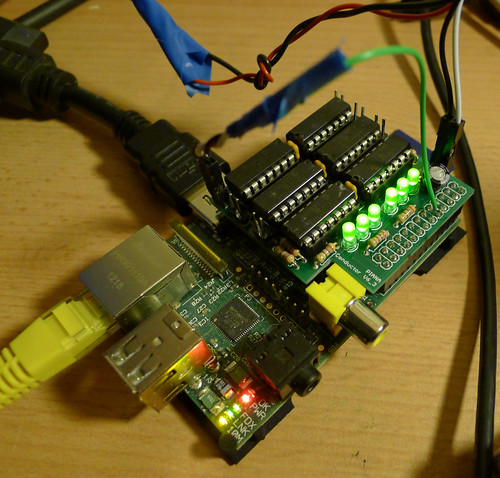 Player node that will receive these bytes (mockup due to cockup, new boards due real soon now) 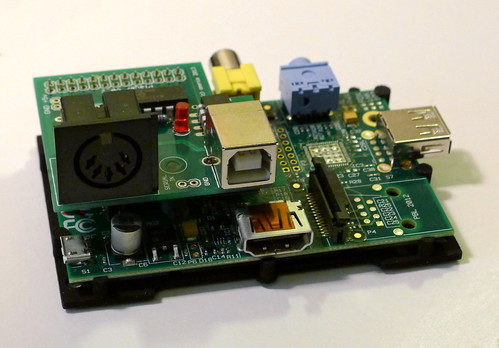 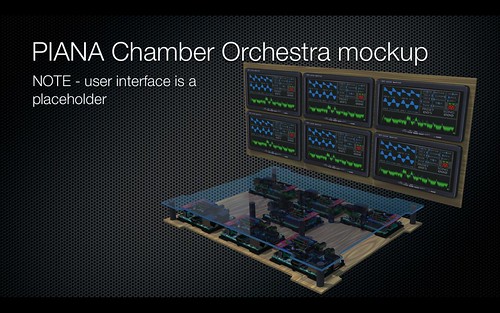 and as an arty installation - 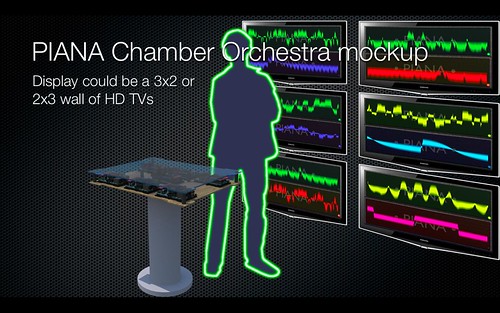 And the revised version of the Player PCB arrived from manufacture today. I ordered 10 but was shipped 12 (presumably due to better than anticipated yield), so can build 2 entire Chamber Orchestras. Awesome! 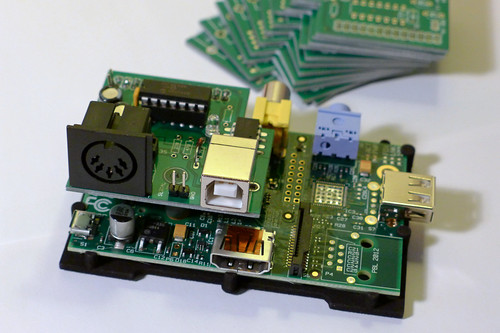 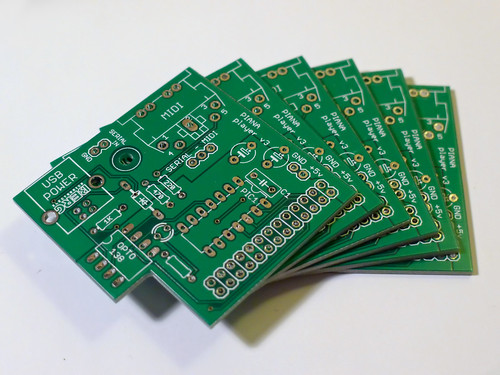 omenie wrote:And the revised version of the Player PCB arrived from manufacture today. I ordered 10 but was shipped 12 (presumably due to better than anticipated yield), so can build 2 entire Chamber Orchestras. Awesome!

Sweet! Where did you get them done?

Seeedstudios' Fusion PCB service - it is *RIDICULOUS* - they typically manufacture and ship to Europe in 15-20 days, based on the 4 runs I've done to date.

So EAGLE for the schematic and layout (free), with a magical autorouter, and 81p each for the PCBs. It's a weird world we live in in 2013 ... it's like the future, but dirtier and without the flying cars.

If you'd ever seen me ride a dirtbike you'd realise that giving me a flying car would be a really bad idea...

Thanks for the PCB info - it really is time I stopped making an unholy mess with iron chloride, tinning solution and whatnot and let someone else take the strain. Time to learn Eagle then, I guess.

Your Piana ensemble is fascinating btw.

So what does it do? Looks interesting!

It's 7 Pis joined together to make music. One of them is the Conductor, which has a Pi Crust that is a 6-way MIDI bridge - in fact it's just 6 UARTs as there wasn't space for any MIDI hardware on the 5cmx5cm PCB. It fires off MIDI commands to the 6 Players, and acts as the MIDI message router when there are USB MIDI keyboards plugged into it. The other 6 are Player nodes, running an absolutely stock version of my PIANA synth, with the 'Player' Pi Crust. 6 small TVs form a 'video wall' of dancing waveforms, either at desktop size or for the deeper of pocket using a 3x2 grid of bigass HDTVs.

Right now the synths are overclocked at 950MHz to deliver 8 note polyphony, I am likely to downgrade them to 4 note polyphony to allow them to run at stock 700MHz, and also then give them enough CPU headroom for an effects block each - reverb plus tempo-synced feedback delay plus modulation (flange / chorus). 6 synths with 4 note polyphony will still sound pretty awesome, and the synths configured for sample playback rather than brute force synthesis will still be capable of 8 note polyphony at 700MHz.

I have not yet solved how to allow users to drop in their own GUI / visualizer onto the Player nodes, so initially there will just be a stock 'dancing waveform' visualizer. 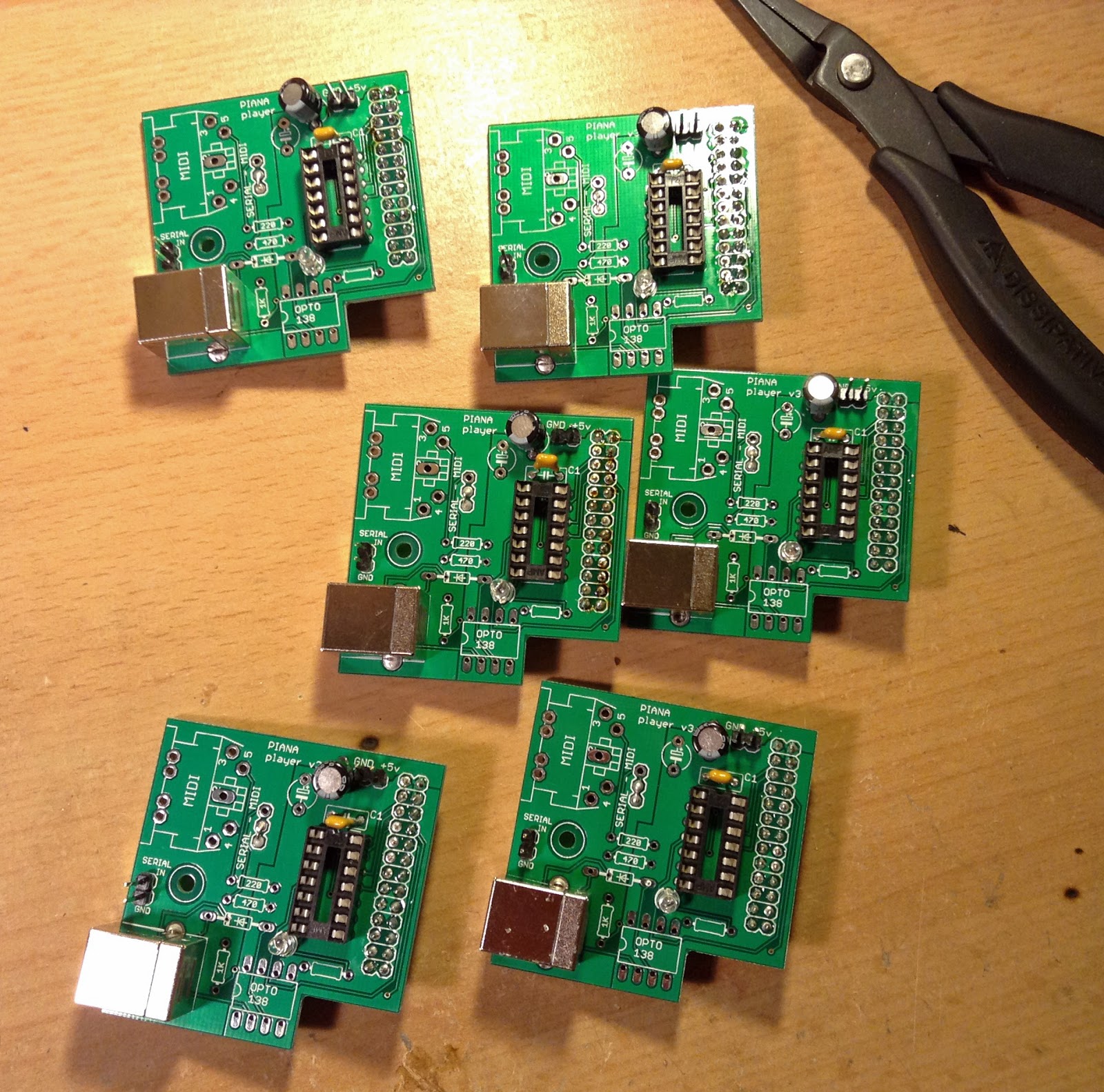