EDIT: Just discovered rc-switch which is really great to do this
http://code.google.com/p/rc-switch/
Here is a example of what can be done with it.
http://www.youtube.com/watch?v=TlHfjvLdaBA

The code is everything but pretty, still it works pretty well and it is very easy to modify to suit your needs.

How to make it works:
Arduino side

You just have to extract the arduino part in arduino/librairies and to copy the Raspberry PI part anywhere you want on the Rpi. (There is an example in the arduino library)

The git hub is here:
https://github.com/maditnerd/433wirelessPI

EDIT:
How it works (disregard what said in the video)

Why 65 times ? So we are sure the message was correctly transmit even if the arduino received 63 times the messages or 61 times, it will undestand 6.

The bash script just sends two times a message.
If you want to send just an number use arduino_wireless number

If you want to use the information sends for others purpose you will have to modify the library (or ask me to do it).
Last edited by kelav on Wed May 15, 2013 12:15 pm, edited 1 time in total.
Take a look at my wiki on the Raspberry Pi : http://madnerd.org

Spend the night trying to do the reverse (Send a message from Arduino to Raspberry PI) but it was clear that it will miserably fail.

The raspberry PI is not real-time so the message is not read as I want (Even with a very large margin of error).
Take a look at my wiki on the Raspberry Pi : http://madnerd.org

I have a 433Mhz receiver hooked up to a Pi and can intercept the 24 bit control codes used by my remote control mains sockets. The data is encoded in the width of the pulses, 300uSec for a zero and 900uSec for a one. The starts of the pulses are always 1200uSec apart.

Let me know if you want the source, I don't have it with me at the moment.

I also like to thank you for your contribution on Magpi, it really help me out to works on this and to do my own home automation code with SCS outlet
http://forum.snootlab.com/viewtopic.php?f=46&t=767 (french)
https://github.com/maditnerd/433wirelessPI
Take a look at my wiki on the Raspberry Pi : http://madnerd.org

Here goes. I'm not sure how much I can paste into this forum.

This code uses the wiringpi library to access the GPIO. It basically waits for the pin transition interrupts and checks the times of them to determine if it looks like a valid bit, and if so whether it's a 1 or 0. After a string of 24 valid bits, it prints it out with a timestamp. There's a one minute sleep to avoid filling the logs with masses of pointless data.

All questions, improvements, and interesting uses are welcome.

I used the generic gpio numbering, rather than the wiringpi numbering. The interrupts only work in this mode. wiringPiSetupSys sets the numbering scheme this way.

I just used pin 8 because it was convenient for me. Any pin should be fine.

Thank you for the quick reply!
One question, your Pin 8 which Pin is that on the raspberry

?
Is the same like the raspberry numbering?
In the moment i dont understand which Pin is use?
Can you please explain me, based on the hyperlink in my last post?
Or you say the Pin 8 on the rasperry-board is my your Pin 8.

Sorry for my bad english!

Maybe you can make a Photo?

I followed the pin numbers on here. It's labelled GPIO 8.

I think Gordon on the wiringpi page refers to them as the broadcom pin numbers, but just follow the picture in that link and it should work.

I'm already using pin 7 for my 433MHz transmitter, so it made sense for me to use the next one in line.

I don't think a photo would clarify it, the ribbon cable hides everything you'd need to see.

thanks for your patience, now I understand it.
I hope I can test it today or tomorrow.

Thanks for your help.

Hello,
I have a wireless temperature probe (433MHz)
With my raspberry I try to retrieve the temperature but sometimes I can not may be due to real time, more over my code is blocking any execution on my raspberry

I see you are using a loop to wait for the input signal. Take a look at the wiring pi library for code to do this using interrupts. Doing it that way uses about ten percent of my CPU. I find I reliably receive 24 bit codes from my radio controlled sockets and from some PIR sensors I have.

Hello I'm trying Geoff's code but at the moment I cannot get any data... I have several devices that send signal on 433MHz and I'll try more this evening at home.
Right now I tested it with no output at all except the initial message: gpio edge 8 both
At the moment I tryied with some devices (anti intrusion door sensors) and a couple of remotes like this: 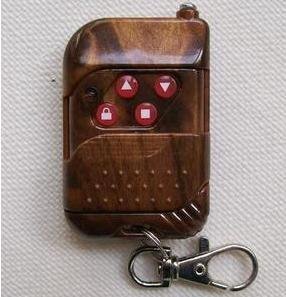 It may be better to just print out the input value in a tight loop for a hundred thousand loops or so. Do that while pressing the remote button and see if you get groups of 1s and 0s rather than just random stuff.

If that works, try to figure out the code to time how long it pulses for.

Here's my code to dump out the time spent in the high and low states. From this, you can estimate the timing values needed in the reading code.

Thanks it works!
I can read the timing of single bit and pressing the same button on the remote I have "compatible" values. Obviously they are not exactly the same, but it makes sense!

If that is correct if i have the following scenario

And change pin = 8; to pin = 7; i should be able to receive some data from a remote device?

I think the rfm12 is a much more complex device than the one I used. I'm pretty sure the connections aren't as simple as your picture implies.

There are a few threads on the forum discussing that device. The people in those know far more than me on it, so I think you would be better off searching for rfm12 and taking a look at what comes up.

[quote="Hoagie"]Here's my code to dump out the time spent in the high and low states. From this, you can estimate the timing values needed in the reading code.

Could you be more specific about how to use the dumptime values to adjust your rfin code above?

I'm receiving codes from a Woods Wireless Outlet system sold here in the USA. It is similar to the Status units you used. Your rfin code more or less works ok with my units. There are certain buttons and house codes that will not work, so I think I might need to adjust the timing a little.

I did use Audacity to check the bit timing on my units, and they seem quite close to your system. In fact, if I manually interpret the bits in Audacity, they match exactly on the buttons that do work as shown by rfin.

Without knowing quite what I was doing, I did try different settings for Mincycle Maxcycle and Threshold to no avail.
http://allenmlab.blogspot.com/

It sounds like the timing is ok if most buttons work. But anyway, here's how to do it.

Run the timing app and press your control button.
Find the area in the output where the numbers seem consistently higher than the rest, this is where the control transmitted.
Copy the data from there into notepad or something similar and add a new line just before each H.
You should easily spot that there are two general times in use and each line has one of each. Maybe a short high and long low, maybe the other way around.
Find the average of the long times and short times. Add these together to get the total time per bit.
Set mincycle and maxcycle to this total, with a bit of leeway for timing errors.
Set threshold to half of the total time.

If you send me the audacity file of the one that's giving you problems, I'll take a look and see what I think things should be. Probably easiest to PM me a dropbox link or something similar if you don't want your remote codes too public. But then again I had mine published in MagPi and no-one's switched my lights off yet.

I've tried to use the code that Geoff has posted to capture a garage door remote output, with one of the cheap 433.92MHz receivers off ebay, and I'm not getting anything.

It works great for my Status Remote Socket Remote Control. Every button results in some output.

Should the code work for other remotes?

Any ideas how I can capture the signal from the garage door remote?

I posted some code on here that just dumps the times between transitions, you may be able to use that to find some better settings for the times in the receiver code. But, it could be a completely different modulation system that my receiver code doesn't work with.

And I need a place to buy a cheaper Arduino (a StandAlone version could be more convenient to install more and more ATMega chips).

In my Raspberry Domotic system I already use TX and RX pins for a relay controller, how will I connect these things?
DomoHome is coming! - RaspberryPi ~ Raspbian ~ Android
https://www.facebook.com/pages/Domohome/155791057916884

Those look just like the ones I used. The transmitter is great, but the receiver is not very sensitive.

I found any gpip pin can works fine with these modules, but I worked with custom softwate.