I'm starting to work on a home automation project where I'll use my existing home burglar system to send an email/sms if it's triggered. I've disconnected one of the PIR Sensors and connected it to the GPIO Pins on my Raspberry Pi. Here's the current setup:-

I'm using Node-Red to interface with the RPi and snooping the GPIO input of the PIR Sensor using the Debug option. It would appear I have everything wired correctly, but when the PIR sensor detects motion it sends c.40 1 and 0 messages (in succession) to the GPIO Pin - i.e on and off about 20 times for a single detection - see the image for a single detection:-

Does anyone have an ideas how to limit the number of 0/1 requests it sends in a single detection?

Ignore this - managed to work it out. Changed the GPIO to another input pi and changed the option in Node-Red to 'Resistor?' drop down to Pull Up...see the screenshot below. 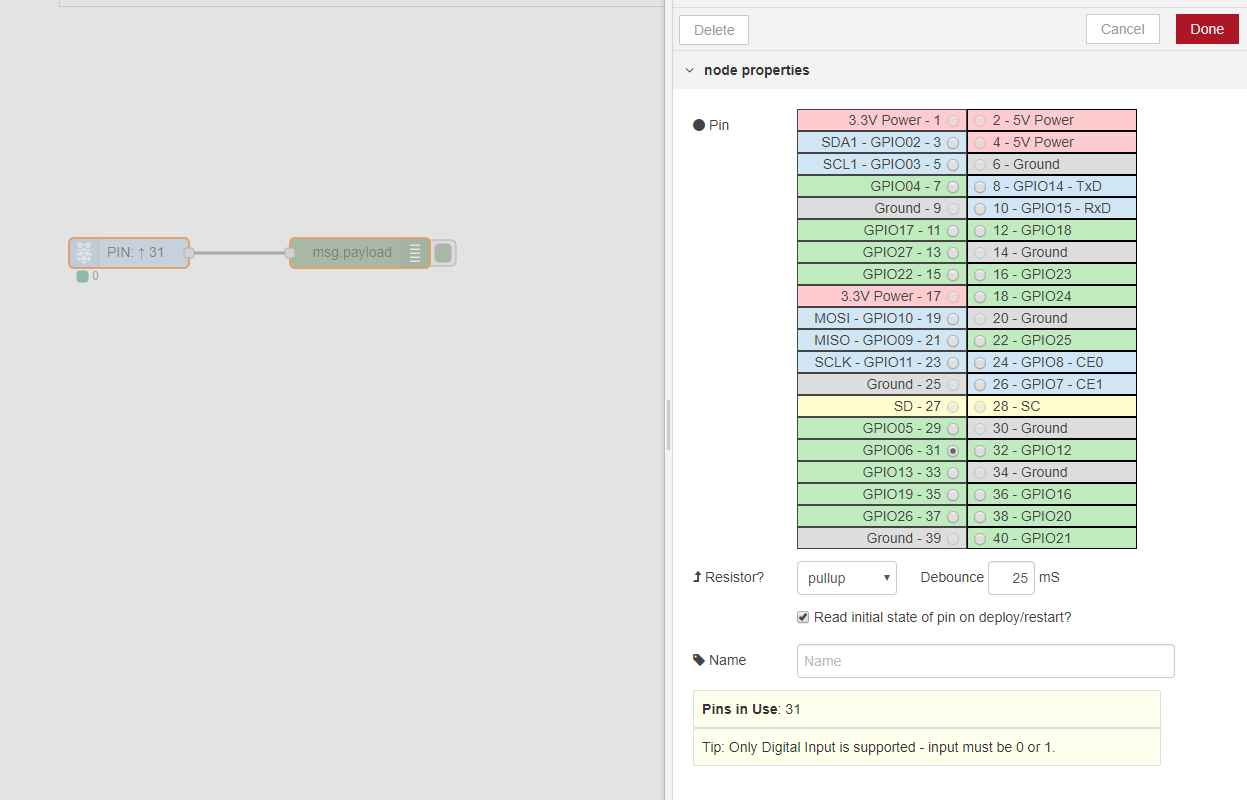