You need to disable Peppy player first. Run 'sudo nano /etc/rc.local' and comment out this line in the /etc/rc.local:

Then create the file for example test.py with the following content. Please make sure that you preserve indentation/spaces as Python is very sensitive to that.

Then run it from command line:
openvt -s -- python3 test.py

If everything is fine the program should draw rectangles on the black screen. Please let me know if it does that.

Thanks for your help peppy.player, it's much appreciated.

First I didn't get the rectangles.
Then I messed up with Hyperpixel4 install https://github.com/pimoroni/hyperpixel4
and with /boot/config.txt so I can now see the purple rectangles line.

OK, I think we are very close now. Do you use the console mode? Do you connect to the Pi over SSH (e.g. putty)?
Now try to run the player from the folder /home/pi/Peppy:
openvt -s -- python3 peppy.py
and let me know the result.

I connect to the Pi over SSH with putty.
When I run Peppy from the folder /home/pi/Peppy with the command you mentionned I still have a black screen.

Do you see any error messages when you start the player?
Please make sure you have the following properties in the /home/pi/Peppy/config.txt:
headless = False
mouse = True
touchscreen = True
hdmi = False

There doesn’t seem to be a /dev/input/touchscreen device, is this normal?
If I look at the devices I get this:

That's probably OK. If player cannot find it it will try to use /dev/input/event0:
https://github.com/project-owner/Peppy/ ... g.py#L1293
This is related to the touch functionality. We need to fix drawing on screen first. Do you see UI or not? If not, do you see any error messages? Whenever drawing on the screen works we can switch to the touch functionality if it doesn't work.

As the testing program works fine we just need to use the same Pygame initialization code as in that testing program. You can also try to add logging messages to the functions init_lcd and get_pygame_screen to see where it fails.

This is very interesting project in the original vintage enclosure. The base of the project is the ghetto blaster which is about 25 years old. It was available for a low price as the cassette player didn't work. Zippo preserved the radio functionality and replaced the cassette player by the Raspberry Pi and display. He connected the audio output of the Raspberry Pi to the magnetic reading head through the low-pass RC filter. That allowed to re-use the original amplifier and speakers. The original volume control can be used as well. The mp3 files can be placed on a separate partition of the USB drive which is automatically mounted via the fstab during booting process.

Here are the components used for the project: https://github.com/project-owner/PeppyP ... po-germany 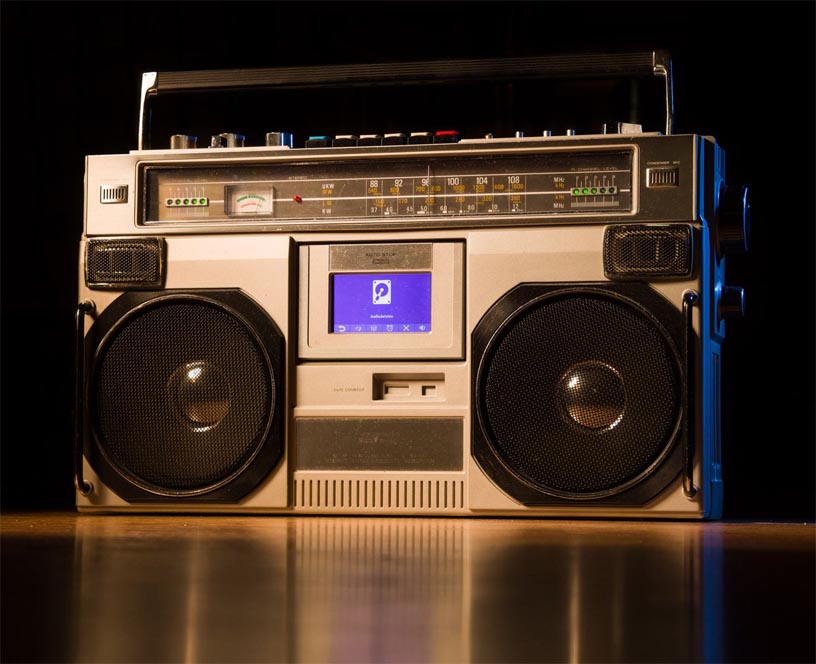 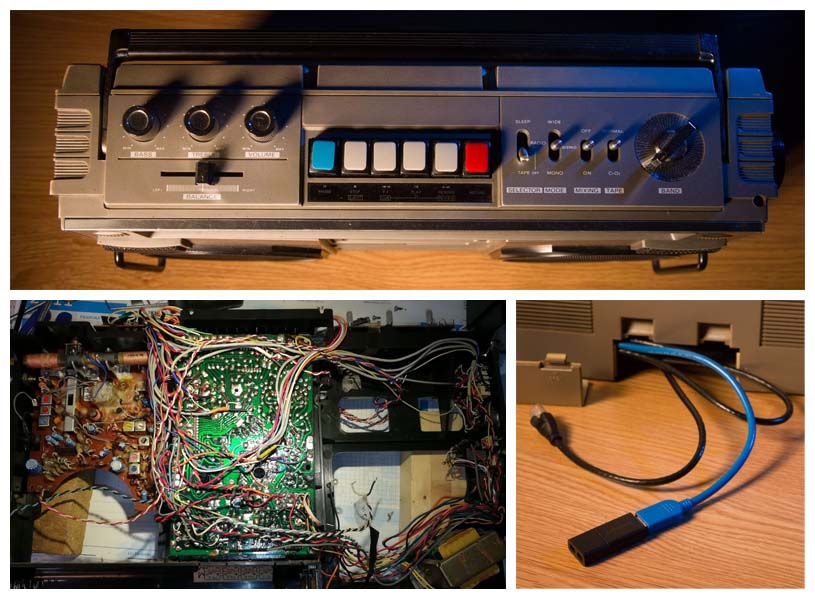 I had trouble finding one of the touchscreens listed here https://github.com/project-owner/PeppyP ... isk-Images


So i bought Joy-it, RB-TFT3.2-V2 because it is readily available in Germany for a reasonable rate. Can I make this touchscreen work with Peppy?

I'm currently ordering parts for making the Peppy Player with touchscreen display, speakrs, display and eveything and trying to figure out what parts I still need to obtain complete everything.

Please make sure that you start the player using the following command in the ssh session:
openvt -s -- python3 peppy.py

I'm sorry to hear about that. Which displays did you try? Could you give the links to the product pages for all of them?
If there is no disk image for your display on this page:
https://github.com/project-owner/PeppyP ... isk-Images
then I would recommend to install the Headless image and then the driver for your display on top of it. Just keep in mind that more likely there are additional steps required to make it working after that.

The touchscreen installation/configuration is the most complicated part in the player setup. There are so many display models on the market which usually need different steps for making it working.

For your reference here are the steps which I follow to prepare the disk image for the Wvaeshare 5.0" HDMI display. Hopefully they will be helpful. You need to use the driver for your display.

I'll try Your resolutions after Ch. Holidays and I'll let You know if it works. Greetings...

Here is the new project in the Gallery - Woodstock Edition by Herbert (Germany):
https://github.com/project-owner/PeppyP ... rt-germany
This time he created the headless version of the Peppy player: 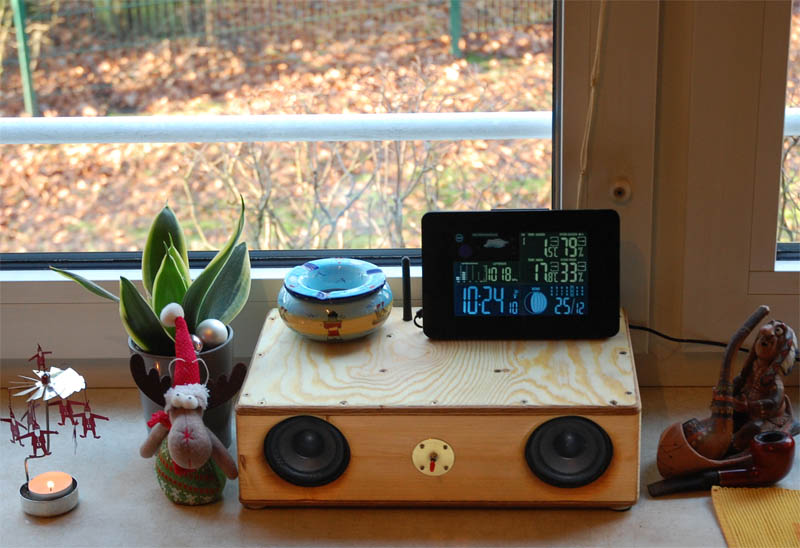 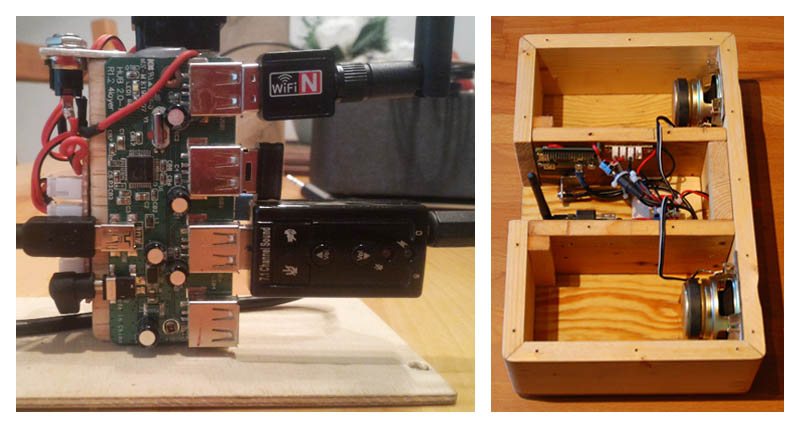 - Added new meters to the VU Meter screensaver which were added to the PeppyMeter earlier. 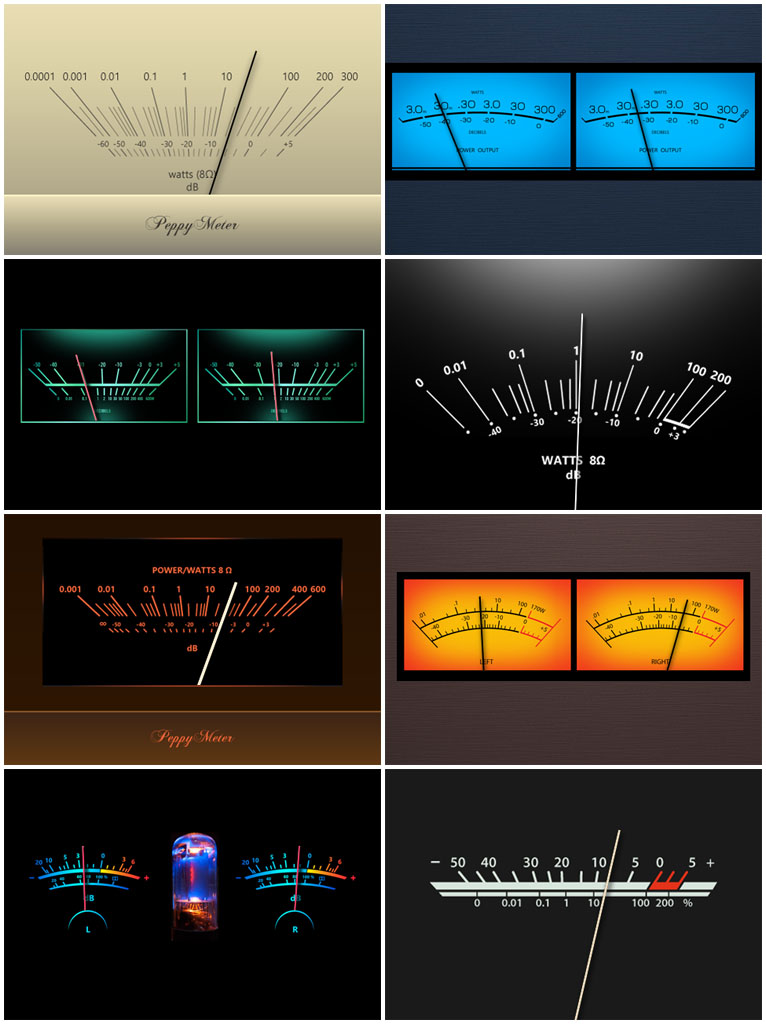 - Added the size parameter to the Clock screensaver.
- The Weather screensaver is using the player's backgrounds now.
- Implemented the logic which restores the current player state if configuration file was corrupted.
- Updated radio playlists for all languages and genres - removed dead links and added many new stations.
- Provided new disk image for the Waveshare 7.9" Touchscreen.
- Fixed bugs in Podcasts and Lyrics screensaver.

2020 Year Summary
The following image highlights the key features implemented in the Peppy Player this year. 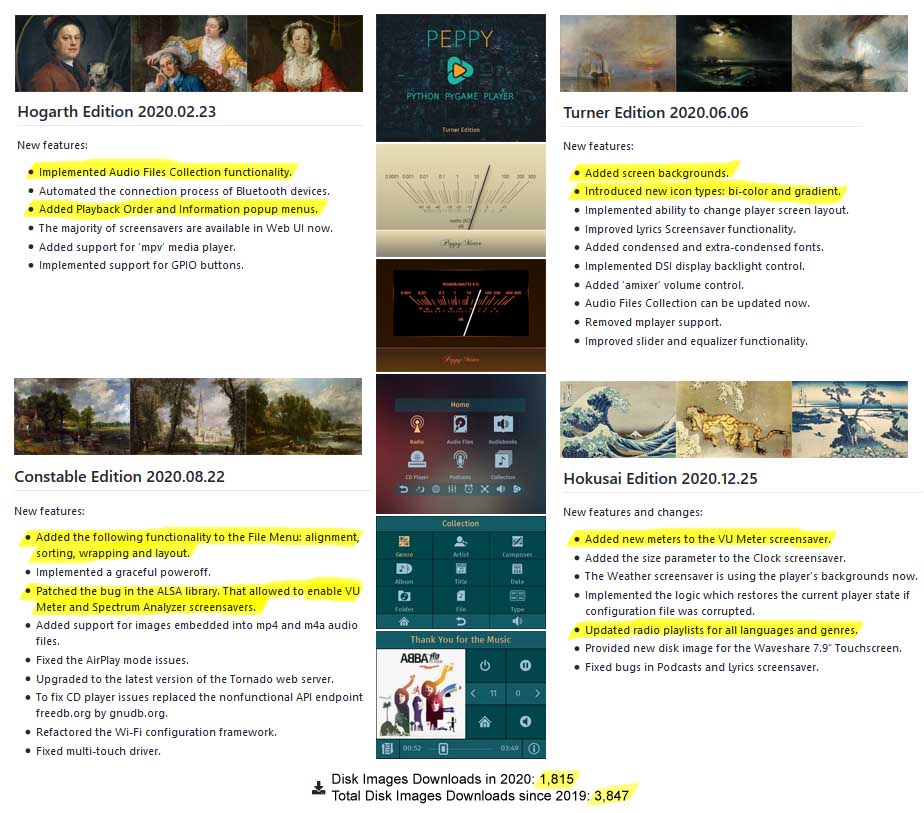 The focus for the next year will be on the player performance and visual appearance. If time will allow the new features will be implemented as well. The planned features include: support for auto-mounting hard/flash drives, Streamer functionality. Another planned feature is the REST API. It should allow to create alternative Player UIs for example 3D Web UI, Command Line Interface (CLI) and so on. And finally there is the idea to add board and card games (Chess, Sudoku etc.)

As usual the player disk images can be found here:
https://github.com/project-owner/PeppyP ... isk-Images

Happy new year all! I've just installed Peppy on my Pi Zero W. I've attempted to use a waveshare32b instead of the 35, substituting the relevant steps on the wiki guide ( ./LCD32-show instead of ./LCD35B-show lite). Everything works, except that the screen only displays correctly if I touch it. The pygame version and community link are permanently on disply. The player background only shows when touched. Any suggestions? I've attached my conf.ini in case it helps

Ok so I figure out what was wrong. The screen res needs to be set correctly to 320x240 in nano Peppy/config.txt before
the calibration! So the 3.2 inch wavehshare 32b now works correctly once the driver was reinstalled, also this time using "./LCD32-show lite"
Hope this helps someone else in future!

Thank you!
Good to know that you were able to make it working.
Also don't forget to change the resolution of the VU Meter screensaver in the file:
/home/pi/Peppy/screensaver/peppymeter/config.txt
This is described here for another display with resolution 320x240 but the steps are the same:
https://github.com/project-owner/PeppyP ... or-display

I have fixed the bug related to the file sorting. Please follow the steps described here to get the fix:
https://github.com/project-owner/PeppyP ... own-Issues