I've installed it on my RPI, but I haven't played with it too much yet, so I can't say how it compares to the windows version. There's a great set of free books on Logo here: http://www.cs.berkeley.edu/~bh/logo.html

I hope this helps.

Greate, And for a logo interpreter for RISC OS? I understand that a number of people will be using Linux, though it does not make any sence to me to just assume that a given person will be running a given OS.

And I would like to see a complete LOGO on RISC OS. I know a few people that may get interested in Programming if LOGO were used as the gateway.

I have no idea about what implementations are available for RISC OS (I couldn't find anything after searching for a few minute). UCBLogo has the source included, so it's possible that someone might be able to port it. You might try asking in the RISC OS forum, someone there might have a better idea of what might be available.

How much of Logo do you actually want?

Most of the Logo teaching & use I saw way back then was to do nothing more than play with turtle graphics, although there were a few using the language for general purpose computing.

And it is possible to write a logo-like turtle graphics lnterpreter in BASIC - I wrote one on the Apple II 30 years ago, so it ought to be easier & faster under BBC Basic (under e.g. RISC OS). Because I like turtle graphics I put them into my own BASIC (which runs very well on the Pi) although I did seriously consider writing a Logo system at the time...

I've actually forgotten the exact syntax I used in my turtle interpreter on the Apple, so I'd have to boot up my Apple II to check (then wait 5 miuntes as it wasn't exactly quick 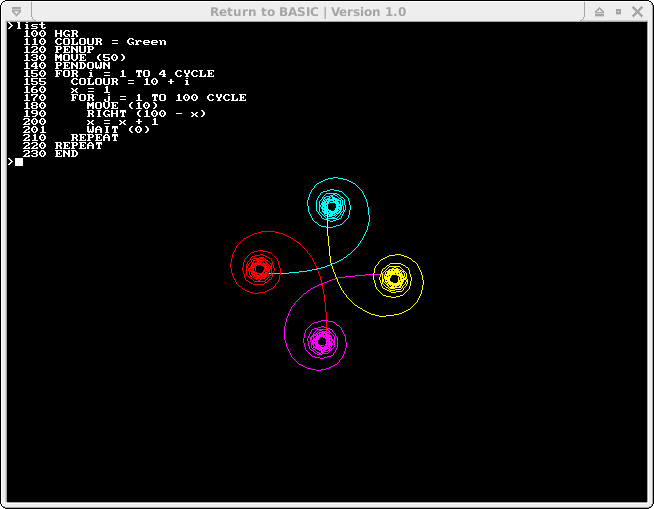 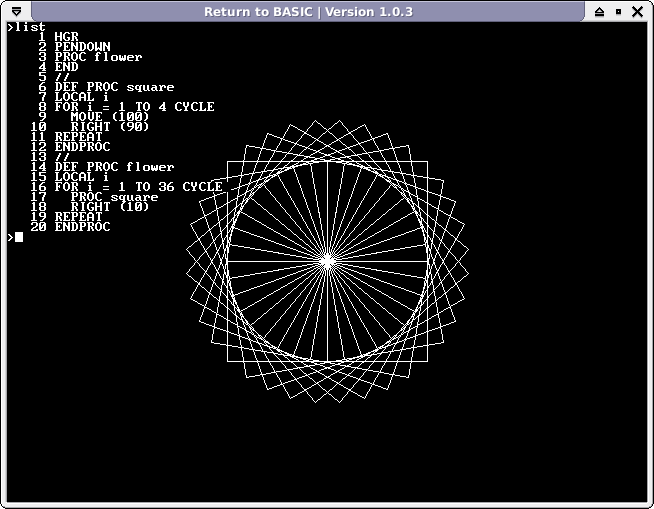 [email protected] wrote: Most of the Logo teaching & use I saw way back then was to do nothing more than play with turtle graphics, although there were a few using the language for general purpose computing.

It's really too bad that this language constantly gets relegated to a graphics toy. Logo is, in my opinion, probably one of the best first-language that someone can learn. Serious topics like recursion, higher-order functions, functional programming and anonymous functions are much easier to learn in Logo than many other languages. It's basis on Lisp (which becomes evident once you move past turtle graphics) makes it a powerful platform to learn complex computer science ideas. I really wish I had learned Logo before Basic when I was a kid. Recursion about killed me when I was first introduced to it in a college C class. And, many languages (Perl comes to mind) use a mutated form of higher-order functions that makes it harder to understand what's really happening (or what should be happening).

All in all, I wish this language would make a comeback, but it probably isn't going to happen. Brian Harvey's book "Symbolic Computing" is so thoroughly enjoyable to read that I've compared his explanation of higher-order functions to poetry (it's free on the net, by they way, here: http://www.cs.berkeley.edu/~bh/v1-toc2.html).

My only gripe about Logo (along with Scheme and Lisp, or any functional language) deals with functional programming and its difficulty coping with complex data structures. Functional purity is interesting, but seemingly impossible in the real world from my perspective.

Anyway, I'll get off my soapbox. Sorry for the minor rant =).

Hello,
You can use a modern web logo interpreter that you can find at http://www.logointerpreter.com.
Best regards,

Return to “Other programming languages”