Does anyone have advice or experience of the now plethora of much smaller accel/mag/gyro boards that are out there in combination with pi zero?

i am looking for advice about how to avoid having to attach the sense hat to the zero, as the bulk is more than i want in one place(unless someone has suggestions about how it could be attached by wire? So i can place it elsewhere.). I was looking to add at last the following sensors:

temp/humidity would be a bonus

it all depends, my first attempt at using an accelerometer was a hook up the boards(battery charging board as well as the esp dev board and temp sensor) by wires and resistors when applicable within sheaths of shrink-fit tube. i then inserted thin but stiff sheets of packing foam between the boards before using a zip tie to gently pull them together before putting them to work as a floating hydrometer in a fermenting beer. 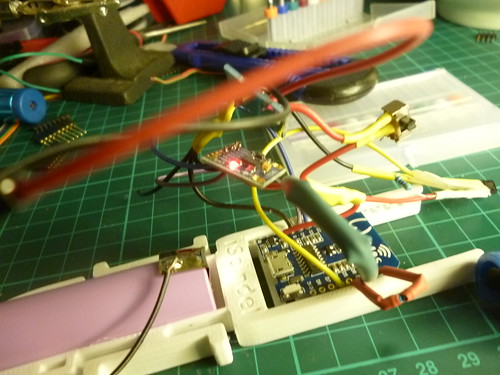 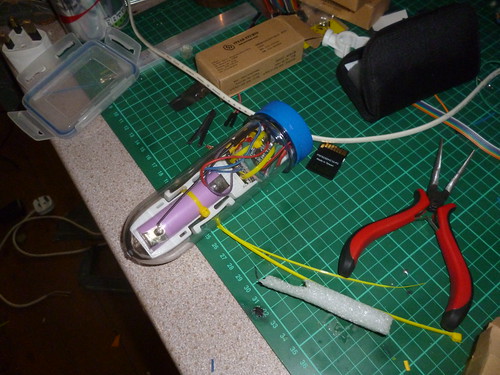 It worked ok, but every time i opened the top to recharge the battery i dislodged the circuitry requiring a recalibration as the accelerometers baseline an any axis may have shifted...

my Mk2 (the Ispindel project is something i copied..) involved a diy stripboard interface pcb, and mk3 a custom designed pcb via a contributor to a brew forum i frequent..

Yes you can and people often do for many reasons some bad, often as a proof of concept (impatience in my case) and often its not really a problem the 'dirty' circuit goes in a box and off to work..

however if your using an accelerometer chances are your device will be moving a lot?? something well built will stand up to shocks n shakes better than something held together with blutack and an elastic band.

so yes, But is it a good idea?? well that depends

There will be a fair bit of movement and vibration. I'm also experiencing some of the issues regarding not having a stable build and consistent placement etc. - which is the reason for looking at smaller implementation options. Trying to make something that will fit inside a motorbike helmet.

Also a bit stuck on how to take the video and the batched gyro data in an ongoing manner. But that's more a python skill issue.

Yes those are the boards ive used in the ispindel, Im sure you have considered this but perhaps mount the pi and boards within a 3d printed shell velcro'd to the back of your lid rather than risk the pcbs getting embedded in your skull in some worse case scenarios? it probably wouldn't turn out like the movies..

some of the circa 1mm thick foam/double sided tape should be fine to secure and isolate boards to the underside of the pi board avoiding the cpu etc when connected to the gpio thru board holes with short wires.. just snip off the back ends off the wiressolderd to the sensor boards to ensure they dont puncture thru any foam tape used.
Post Reply
4 posts • Page 1 of 1