Hi all,
First of all apologize for my English.
A disaster similar to the one described in this thread has happened to me:
https://www.raspberrypi.org/forums/view ... 28&t=70903
With some important differences:
- The charger has apparently nothing happened to it.
- The TV has been damaged through HDMI

Step to summarize what happened.

A USB to microUSB cable that apparently had no damage and has been used for a long time to charge phones and other devices, caused the Raspberry pi to "explode" and through the HDMI cable (which now also does not work) has damaged the TV.

It seems that the USB cables have caused a short circuit which, when plugging in the USB, has caused a flash and subsequent burning smell.
The part of the microUSB connector and some other electronic component near the HDMI have been completely burned, and the case also a bit.

The TV was connected to the Raspberry via HDMI, although it was turned off, it has also been affected and has not started anymore.

I still have the doubt if the problem has been the cable itself, or a USB sound card that I wanted to try (newly purchased), but I doubt it, and tomorrow I will leave doubts trying it with an old PC. 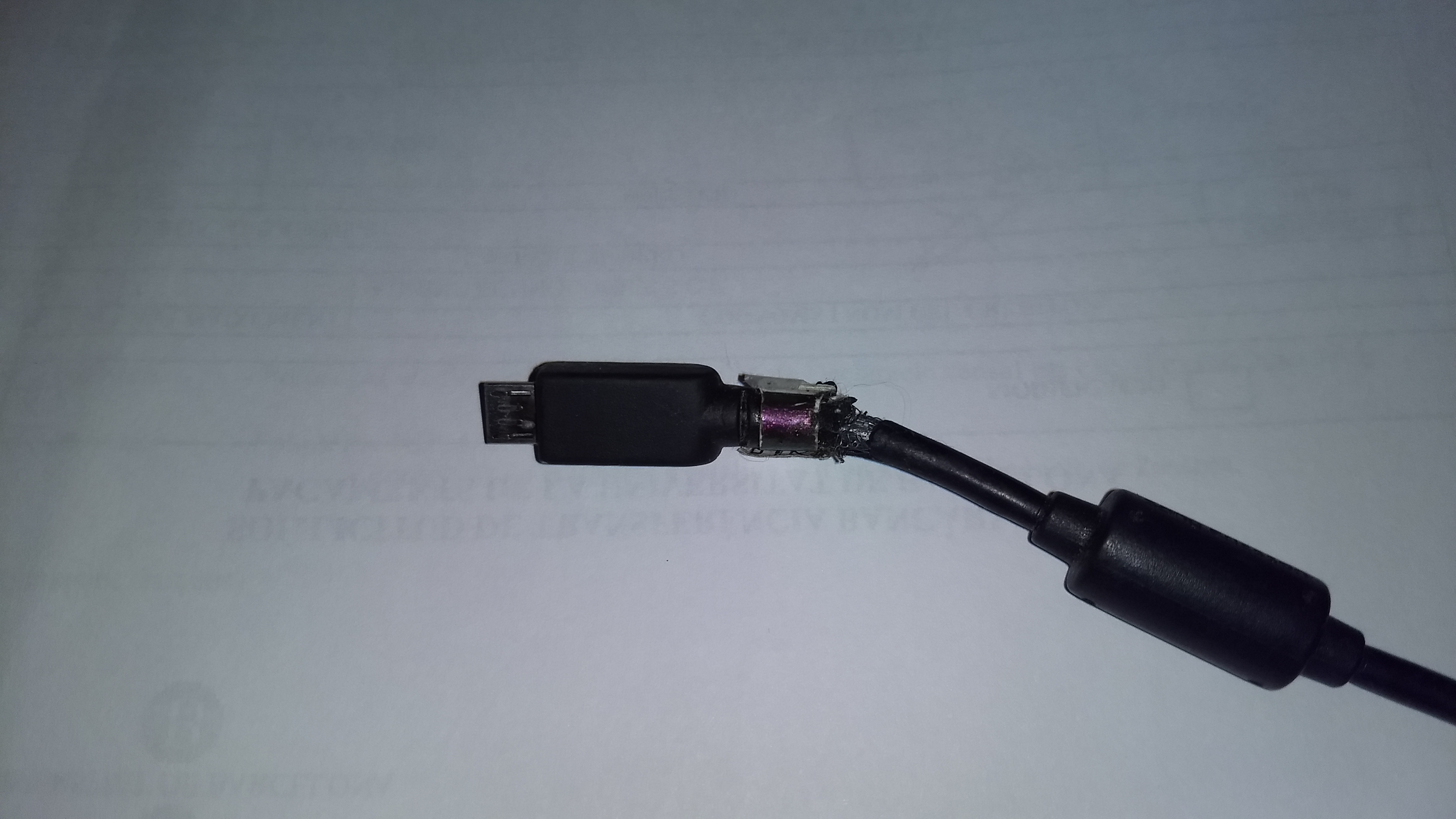 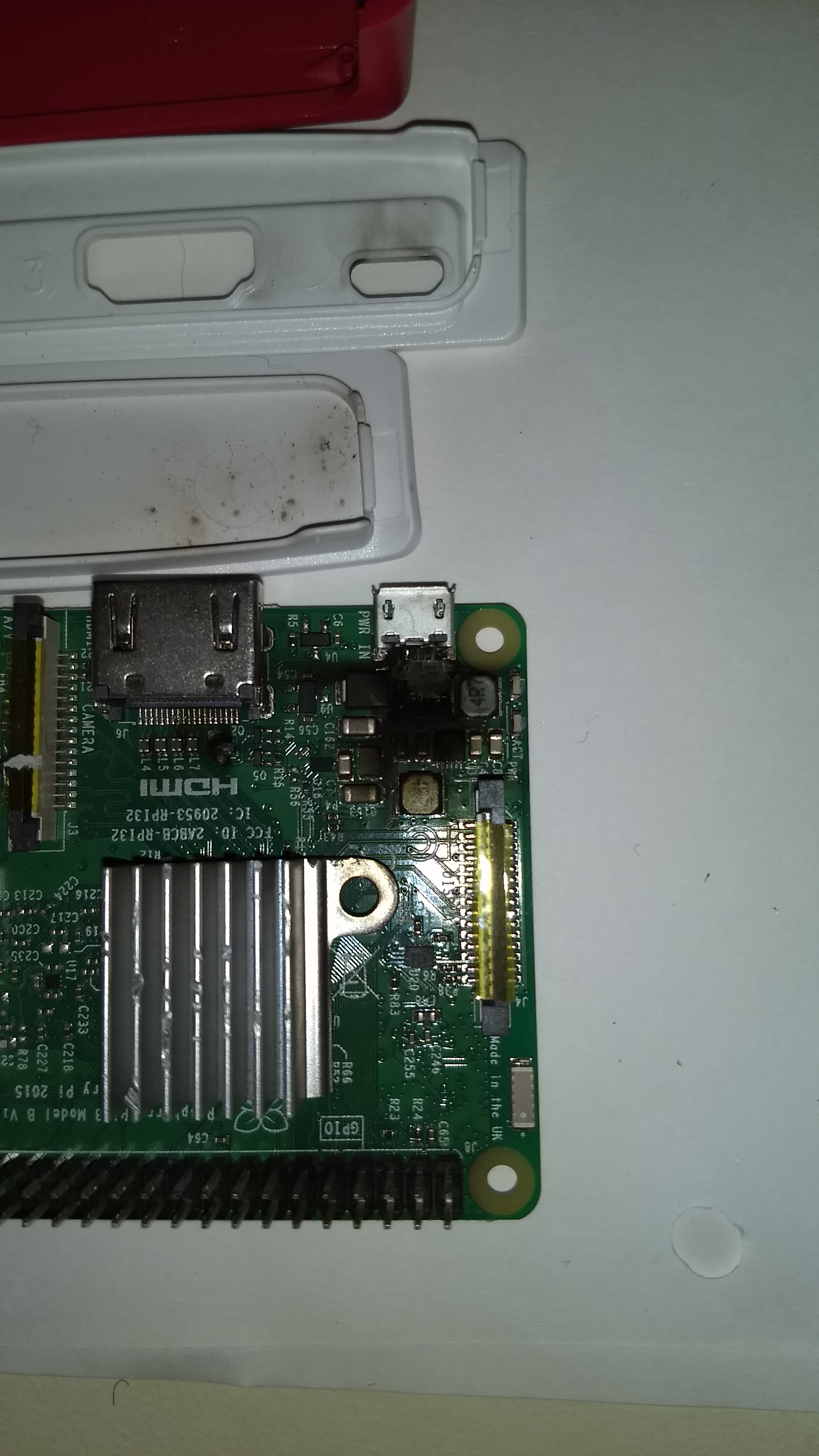 Is there a question in there somewhere?

From what you have posted, it seems you have a Pi 3B with a homemade kludge of a heatsink applied, powered by some unknown power supply (not the official, recommended one), connected by a well used micro USB cable (subject to previous wear) of unknown specs (was it rated for 2.5A?) and something in that chain of unknown components failed in a bad way.

The picture of the cable shows a failure common to cables that are stressed at an angle, as if something was pulling on it.

The heatsink is much larger than the SoC and may have shorted to something else on the system board.

A power supply (likely phone charger) that fails to an over-voltage condition is just poorly designed.

Was the Pi PSU and TV connected to a working surge protector (that was properly grounded)?

Lots of unknowns and possibilities here.

Sorry about what happened. That sucks, for sure. Is there something you needed help with?
My mind is like a browser. 27 tabs are open, 9 aren't responding,
lots of pop-ups...and where is that annoying music coming from?

I just came here to see an exploded CPU.
But now I'm disappointed

A short in the DC power cable would not have caused the power section on the Pi to blow up like that. This looks very much like a fault in the power supply allowing mains onto it's output and that mains finding a path via the cable, the pi and the TV destroying stuff along the way.

I know you say "The charger has apparently nothing happened to it." but really that doesn't prove anything. It's perfectly possible for a power supply to have a dangerous input to output fault while still acting as a power supply and still looking outwardly normal. You would only notice said fault either when it gives you an electric shock or when you connect the power supply directly or indirectly to a peice of grounded equipment.

And I just wanted to warn production to stop stuffing their chips with TNT.

If it's a heart condition, it's more likely to be nitroglycerine.
Post Reply
7 posts • Page 1 of 1