So, as a new raspberry pi owner, i was very excited to start checking out all that can be done with this computer.

It turns out i was a bit too excited. While i had a card in the slot, my butterfingers decided that they'd had enough of this "holding stuff" and dropped my brand new, 4 months waited for raspi on the ground. After my heart started to beat again, i surveyed the damage: 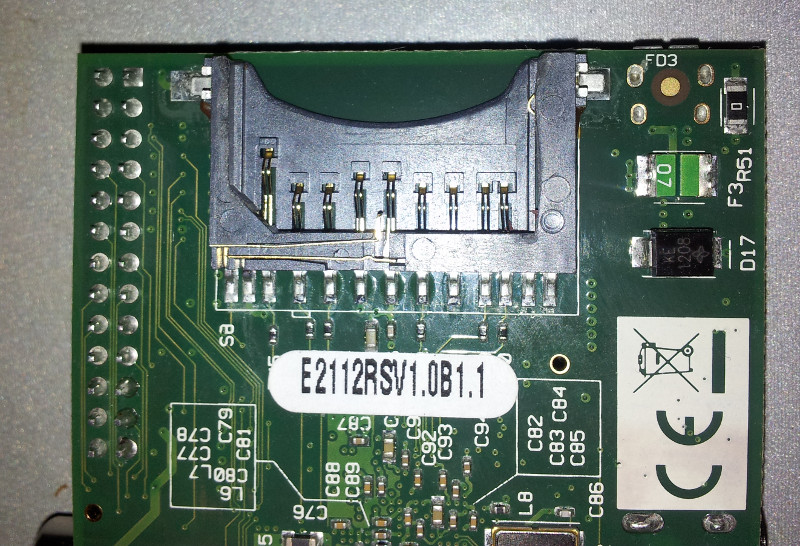 Not good. For a refresher, this is what it's supposed to look like. The ridges that are supposed to hold the card in the slot had disappeared (and have as of yet not been found...).
Testing with just holding the card to the contacts did get it booting, but required a lot more force than i'd like.
Seeing as the slot isn't exactly made of diamondium, there's a possibility that more people are going to be in a similar situation. So i thought i'd show you how i fixed it.

Before we start however, i'd like to point out that what i'm going to outline can PERMANENTLY DAMAGE YOUR RASPBERRY PI. It will also almost certainly void any and all warranty. That said, if you're reading this you're probably already in trouble and would like it fixed. So let's get this show on the road.

First, take your piece of plastic, put it on the slot of your raspi and trace out roughly where the slot itself is. In my case i used a microsd case: 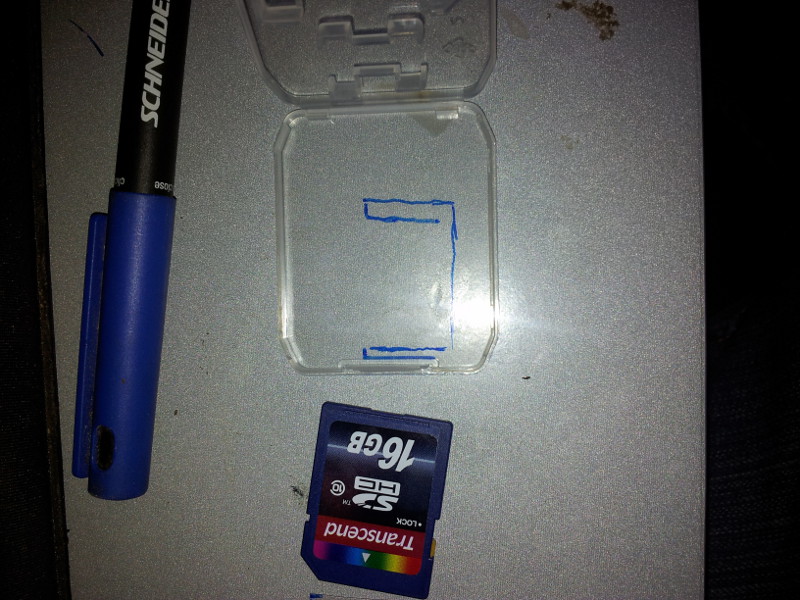 Cut out your plastic, larger than your outline until you have something like this (remember: measure twice, cut once!): 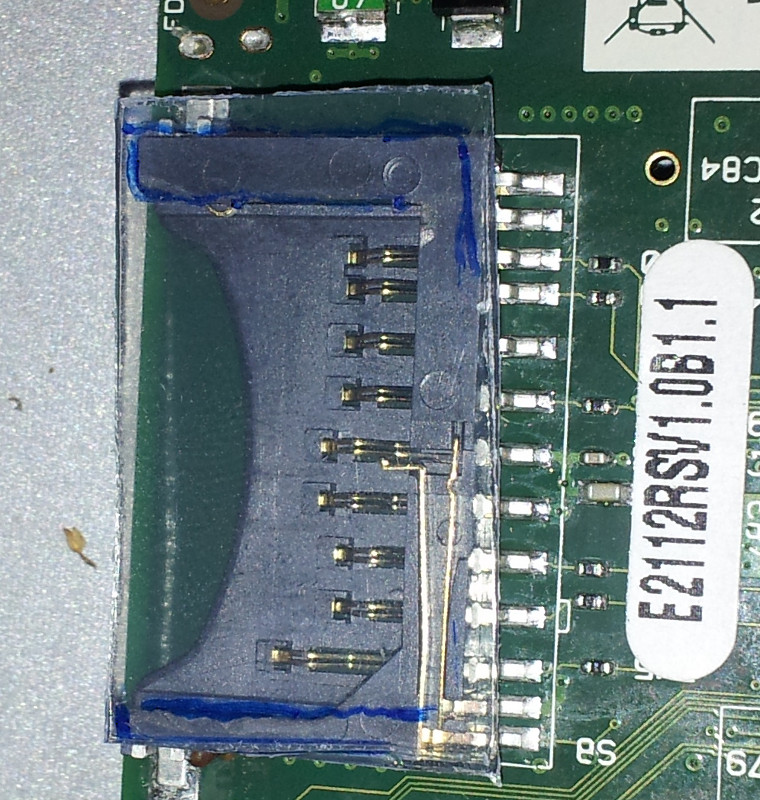 Now carefully trim the edges, until the plastic is just over the edge of the card slot on all sides. After this is done, scuff up the side facing the slot with a bit of fine sandpaper or something similar (i used a brick wall :lol: ) to give the superglue something to adhere to.
Should look something like this: 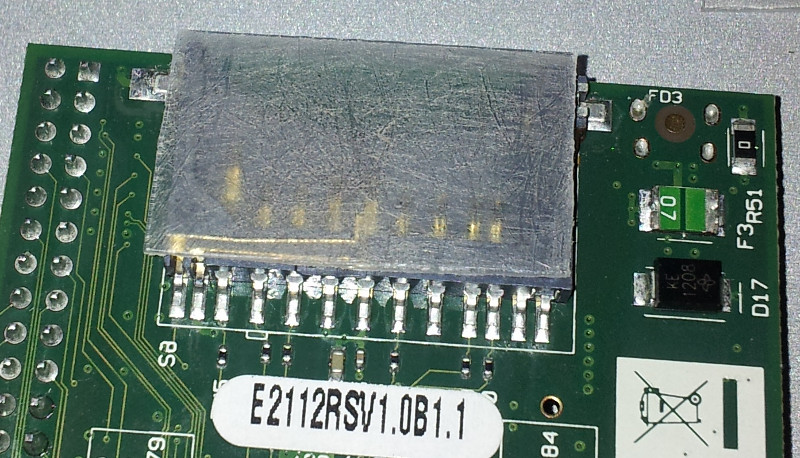 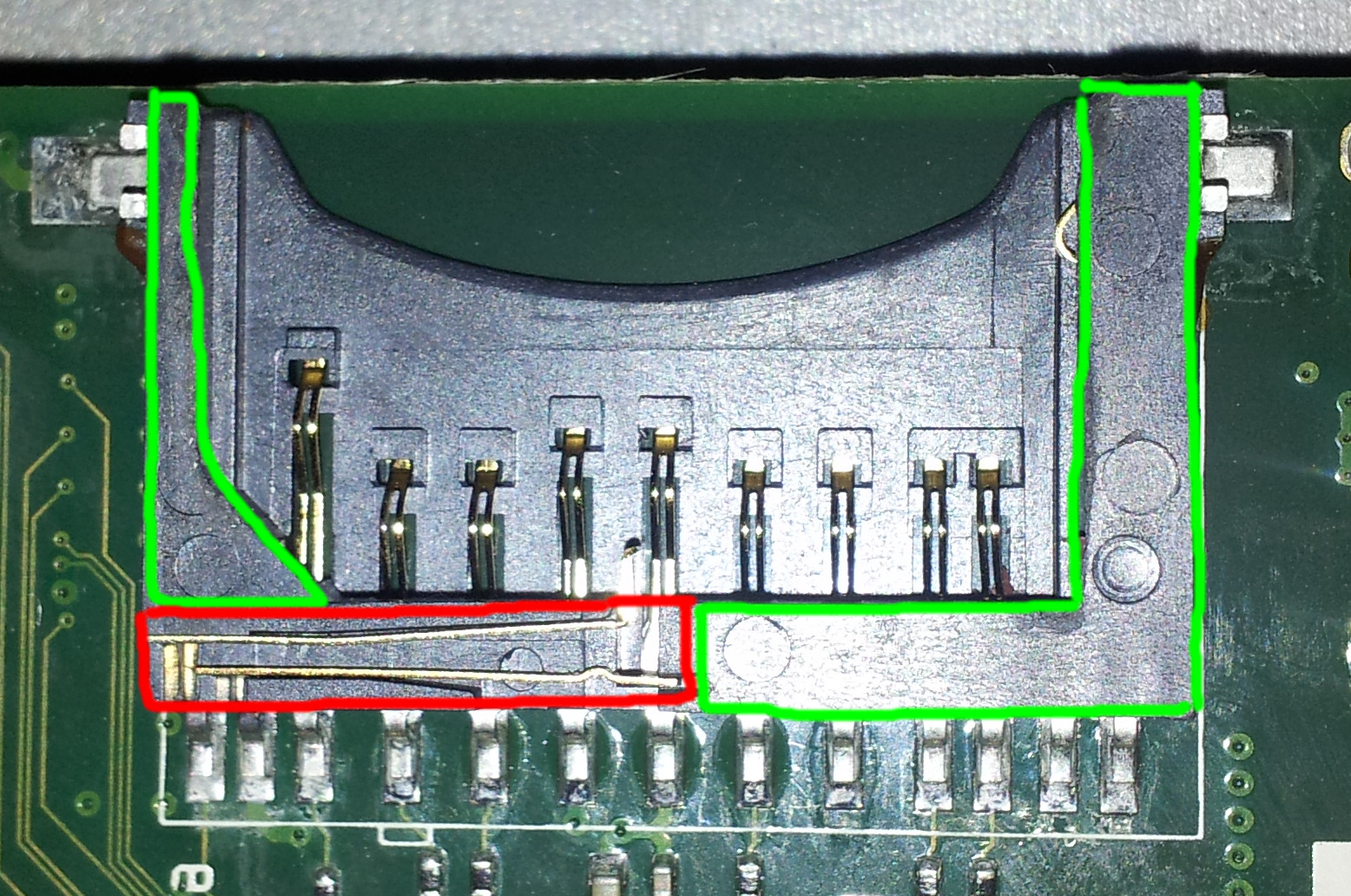 You want to put a (THIN) layer of superglue on the green bits, and none on the red part. Use your toothpick to spread out a little bit of glue and work around to cover most of the green area.
Now (carefully) put your plastic, rough side down on the slot and press.
After a couple of seconds you'll want to let go and check if any glue has gotten on the inside area of the slot (this is why we used the transparant plastic).
If this happened, use your toothpick to either spread it out, or roll the toothpick in the excess and wipe it off somewhere. Make sure you do this, or else the excess will harden and you won't be able to put your SD card in anymore.

If everything went as planned, the whole thing will look like this: 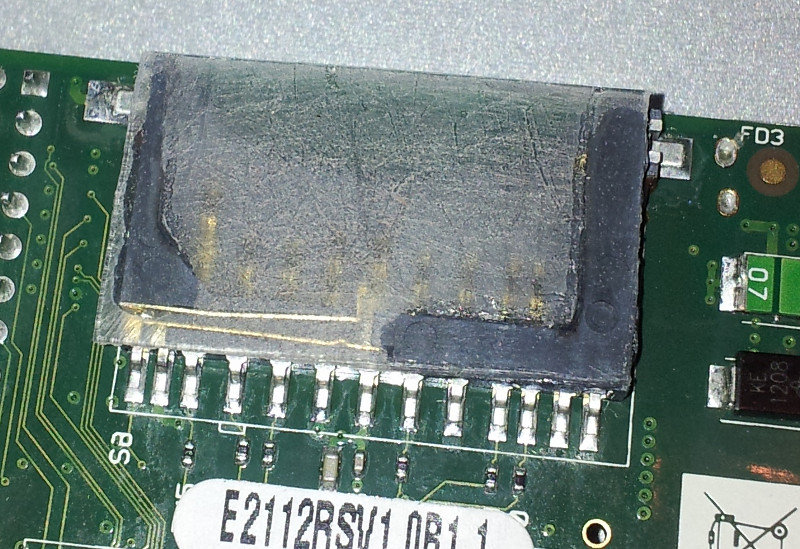 Wait a bit for it to really set, and put in your card!

While this is not a pretty solution, i can attest to the fact that it does work. If you want a prettier solution, you'll have to desolder the slot and source a new one.

Good luck, and hopefully you too can fix your broken Pi!

Thank you for posting the info. I tried to fit my Pi into a lovely new case with an SD card in the slot and ended up losing one of the sides that holds the card in place.

I'll give your tip a try. Plan B is to tape the card in place which will limit how often I try different flavours of XBMC!