I’m trying to run both, an Adafruit 16-channel PWM servo-hat and a RPi-Sense HAT running together stacked. I’ve tried both directions to stack them, Sense-Hat first and servo-hat first. While the servo-hat runs always and is recognised at boot, the Sense-Hat only works alone. From what I've found yet, it seems to be the EEPROM problem but I'm not sure if this is solvable. The Adafruit PWM has also a EEPROM but they are stackable, is it possible to change the EEPROM address?
The picture shows the status after booting. The Pi works, so does the PWM, only the Sense-Hat doesn't and the LEDs light permanently, the same situation when I booted with only the Sense-HAT and using the wrong WiFi driver for an USB wifi dongle.
Thanks in advance for any input! 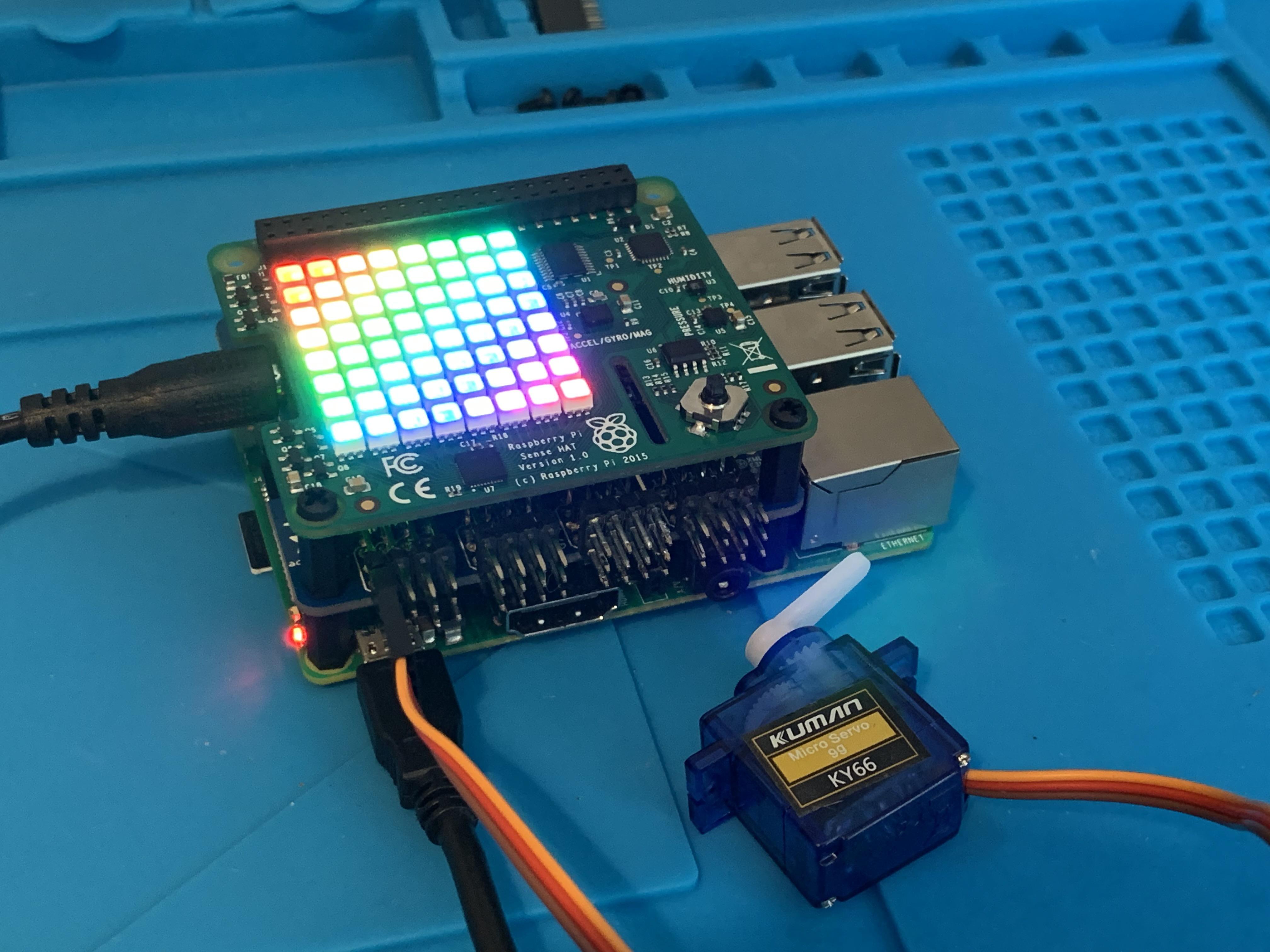 and rebooted.
Both HATs now working together!
Post Reply
2 posts • Page 1 of 1