Apart from the bit where someone who shall not be named yanked a power cable early, corrupting our Minecraft demo SD card, and apart from the bit where we got horribly lost just inside the congestion zone, we had a very smooth time of it on Monday, when Craig, Eben and I rocked up at Buckingham Palace at 2pm to set up a demo stand for that evening’s UK Tech Reception. We were told by frowning courtiers that we were not allowed to take any pictures inside – but happily the Palace photographer was there to catch the very surreal moment when I found myself explaining to the Queen what a Raspberry Pi is. L-R: Craig Richardson, Eben (peeping over my shoulder), me, the Queen, Prince Andrew

Sadly, there was no photographer there for the bit where Prince William waved at us and shouted “Ha! It’s Raspberry Pi!”, but I can tell you now that I don’t expect anything weirder to happen to me all year.

You may remember that Prince Andrew came to visit us here at Pi Towers last year. We gave him a Raspberry Pi when he left, and were really chuffed to discover on Monday that he’s been using it; he’s also very well-versed in our charitable mission and our work with teachers and kids. It was very strange, and rather brilliant, to hear him introducing what we do to the Queen, and to talk to him about industrial applications for the Raspberry Pi.

We had some more news to tell people at the reception too: back in October, when Prince Andrew visited, we were celebrating the sale of our 2 millionth Raspberry Pi. We were able to announce the sale of the 3 millionth Raspberry Pi (which actually sold over a month ago – the way we work with manufacturing partners RS Components and Premier Farnell means that our receipt of sales figures lags behind the actual sales by several weeks).

Eben also has a new anecdote, which he fully intends on dining out on until the end of all time: once I had finished blithering at the Duke of Edinburgh about the Computing Curriculum, he approached Eben.

DoE: “Your company is doing well?”
Eben, beaming: “It is. We have just sold our three-millionth unit.”
DoE: “So you can afford to buy a bloody tie then.”
Duke of Edinburgh scampers off to next stand, cackling.

To be fair, ties were not specified in the invitation, and we heard the Duke of Edinburgh saying something very similar to every man in the room who wasn’t wearing one – but Eben says it’s the very nicest insult he’s ever had. Craig says: “That went remarkably well, considering that some parts of my suit were held together by Sellotape.”

You can read more about the reception in the Guardian. 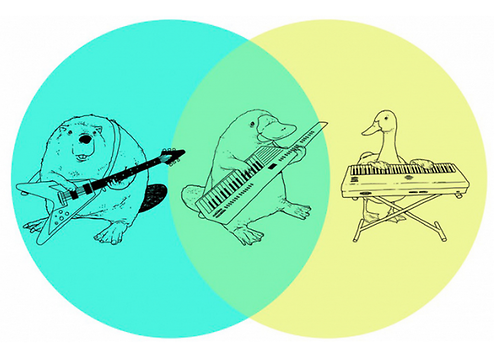 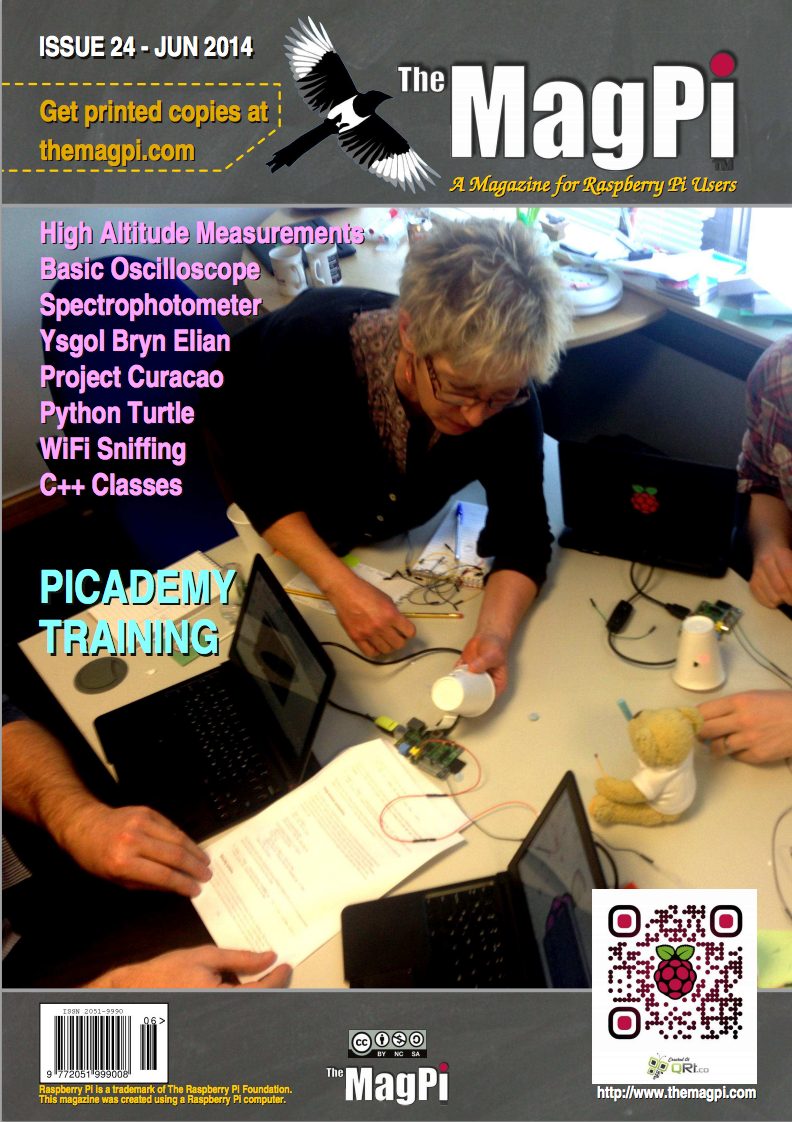 Congrats on the whole thing and the 3 million sold (about twice the number of BBC B’s I think!).

How about a RasPi controlled one with blinking lights. The tie might look a bit frumpy though. :)

2 million last Oct, 3 million in (approx.) May: that would make a million sold in about 200 days – 5 thousand per day or one every 17 seconds. Great going!

Congrats! That’s a great milestone once again! Who would’ve expected it would have taken off like this.

+1. You really have to get a Raspberry Pi^h^hTie out now!

Actually, a RasPi-tie and RasPi cufflinks are really needed! Can’t be more difficult than mugs and shirts and the other things?

See?
Even the DoE agrees with me. Muted Classy and Subtle, or loud brash and garish, either way the royal decree is given

oh well there goes the knighthood.
:)

In 19-a long time ago- I presented my BBC micro based final year project to the Queen when she visited the University of Essex. As scruufy student We were told to wear stirts and ties and smart shoes ! Shame on you Eden :-)

What an incredible achievement to reach 3 million units !
I wonder if you will reach 10 with the current design ?

Must have been time for my after lunch nap :-)

Congratulations on the milestone. Is that a TARDIS on the table?

It is. It is this TARDIS.

3 Million brilliant news;
Anyone taking bets on how long it will take the compute module to reach 1 Million ?

The CM will – it’s hoped – sell much faster than the standards, as it’s trying to cash in on the industrial meerkat…

@craig — as long as it really was Sellotape. And not tit tape.

That’s your knighthood down the bog then, Eben!

Seriously – congrats to all. I wonder what HRH P. Andrew has been using his Pi for – automated Corgi feeder? Weather Station on Bucky Pally roof? Security Camera installation? Weather ballon space-launch from the back garden? What about a ‘Toilet is free’ detector? ;-)

If Eben doesn’t get it, can I have one?

Knowing what more than one of the family has done in the forces, it wouldn’t be a surprise to see quadcopter fights in the back garden.

I’m dead proud of the work we do at Raspberry Pi, and it’s feels great to see it being recognised by so many people, even royalty!

Nice one Craig! Can’t be many jobs where you get to meet the Queen on your second week… :-)

I must confess, the headline made think for a moment that you’d sold 3 million Raspberry Pis while at the Palace…

Congrats! Did anyone give the Queen the sales pitch, she could place an order for the next 3 million.

I was one of those nuts who woke up in the wee hours (In Texas) and reloaded the order page for about two hours till I made it to the order page, so yeah I expected this biggest of ‘little’ ideas to become this popular.

Always be selling. Sales pitch: of course I did. :D

Because their line numbers don’t get past “One”.

So no knighthoods this year then. Get Eben a tie for next time and maybe he will become Sir Eben!!!!

The Duke of Edinburgh sells his very own brand of ties:
http://www.dofeshop.org/Shop/BrowseProducts.aspx?searchText=silk

(yes, I know, it’s to support the Award Scheme)

Congratulation!!!
I use four RPI for my office as a Web server, NAS, Firewall, TOR gateway, WLAN access point and resource monitoring system.
I plan to buy a fifth one to use it as a scan and printserver in the near future.
Because of their low power consumption and their high availability they are my number one choice for my office.

Thanks a lot to all of you for running this great project.

Congratulations on the 3 millionth Pi! That is just awesome. And thanks for letting us know what all the Queen stuff was about – it was most intriguing seeing all these pics and playing “Where’s Eben, Liz and Craig?” :-)

At least Eben wasn’t wearing one of his “fast food outlet” t-shirts!

The guardian article has the figure wrong though “Raspberry Pi has nearly sold 2m units” – not 3m.

Yeah, they got mixed up with 2m UK built Pis

I’d prefer a new and clean tie rather than a bloody one.

Congrats to the RPI for that grate sales.

That’s a classic Prince Phillip story. Congrats on your 3 million :)

Wouldn’t be surprised if the next million comes even quicker… With all the brilliant education stuff you are doing and the curriculum change.

Keep up the great work!!

P.S. did you tell all the royals to sign up for the RasPi forum?

Bit of a schoolboy error there from Eben lol. Pretty sure if I was meeting the Queen at Buckingham Palace I would wear I tie. ;-)

Ties are such an outdated concept!

Fancy starting the day by tying a noose around your neck.

Congrats! What had he been using it for lol

I’m with Eben on this one, never liked wearing a tie, just what is the point apart from mopping up soup?

You can wring out the soup later and recycle it. That makes two uses.

Is there a sign up at the Palace “No shirt, No shoes, No tie, No OBE”?

Ties are such silly things! Should have worn a bow tie Eban … bow ties are cool. According to Matt Smith’s incarnation of The Doctor.

Congratulations guys! For everything.

Liz, when Eban brought you on this wonderful Raspberry Pi journey did you ever think it would take you to meet the Queen?

FWIW, I rather think we brought each other.

Yes, sorry Eben and Liz. Really meant … did you (Liz and Eben) ever imagine in the early days of this wonderful Raspberry Pi journey that it would lead to a meeting with the Queen.

Ha – no absolutely not, we didn’t think that we’d end up meeting the Queen! (And don’t worry about misspelling his name; he’s so used to it that he actually pretends his name is something different and easy to spell in places like Starbucks!)

3 million! Wow.
(Please don’t hurt me for this terrible joke I am about to make)
Wait so if it’s 3 million… Half Life 3 Confirmed!

I see Babbage wasn’t in his little suit and tie… :-)

Someone, anyone, please make a Raspberry Pi themed tie for Babbage.

Congrats. We are from india. We successfully demonstrate a security system in Indian bank with raspberry pi. Only one question. Could you please tell me whether we can use this pi in professional system.
Because in 300 branches willing to use this pi in phase 1. I am thinkin about future service and availability.

Maybe have a look at some of these:

My guess on the person who shall not be named. Ben Nuttall/

HAHAHA! Read this on the pub computer, barman asked me if I needed help home (200 yards) I was cackling so loudly!
Top Banana!
Andy, Oulu, Finland.

Congratulations on the 3 million mark – what a fantastic achievement, and a great experience at the palace!