Email arrived from LadyAda on Friday. In between the usual advice about good Korean barbecue technique and pointers to cool things that just happen to be conductive, she mentioned that Adafruit have been on a real roll this week with Pi projects. You’ll already have seen Adafruit’s Onion Pi, a Pi-based wireless Tor proxy. Staying within a topical theme, here is Adafruit’s newest Pi undertaking: a Bitcoin miner. If you’re not sure what a Bitcoin is or why this is interesting, head over to read Gizmodo’s explanation (which offers a nice simple breakdown), or look at the Bitcoin Wiki before you go any further.

The Pi on its own isn’t an efficient Bitcoin miner; some people are using it as one, but more as an example of how mining works and a bit of a novelty than as a genuine way to raise funds. (If you’re going to be mining Bitcoins, you’ll fall into one of two groups: people who do it for fun and who don’t mind whether they make money or not; or people who take it very, very seriously and approach it as a business.) What you really need if you’re trying to make money out of the enterprise is a custom ASIC device, which has a much higher hashrate than something like the Pi. And it turns out that the Pi is a very cheap and efficient way to control and monitor devices which are better suited to mining Bitcoins – like the new, thumb-drive-sized ASIC Bitcoin miners that have started appearing on the market recently, which mine at a similar rate to a fast graphics card. Enter the PiMiner. Adafruit have a detailed tutorial on setting up the Pi to act as a headless controller and status monitor for your mining devices, with information on uptime, hashrate, error rate, share data, and network difficulty displayed on an LCD screen attached to the whole device.

I know several of you are already using Pis to mine, and that others are building FPGA mining platforms with the Pi. We’d love to hear more about how you’re getting on – please let us know in the comments! 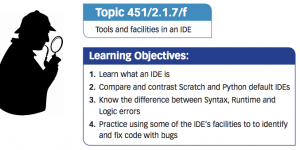 A preview of the new Cambridge GCSE Computing Online! 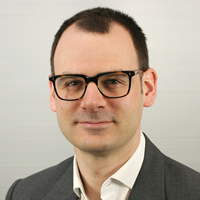 Yes, they are abot $300 each and they hash at about 330mh/s. At the current difficulty level, exchange rate for Bitcoins in USD and the aboved mentioned hash rate it would take 1 year for the ASIC Erupter to pay for itself. Unless you think the value of Bitcoins is going to increase they are not worth it. Very cool project nonetheless.

Sounds worth it to me.

But the difficulty gets harder…

LadyAda and the foundation should check their links a lot better before posting them. One of the links (.bitmit ) on the LadyAda article, first page, contains adverts for hard core pornography videos.

I don’t see any adverts at all the on bitmint site.

I didn’t see items of a sexual nature, but there was an offering for Salvia Divinorum on bitmit.

LoL. I expected someone to say that. No, for that kind of ‘private’ activity a virtual PC is a must to avoid infecting your real system with bad cookies. :)

Oh that would explain it then. :-)

Not seeing anything here either. Richard, you might want to look at giving your machine a good clean.

It seems to be time based, other have seen this. The PC I use does not get used for that kind of ‘private’ viewing. It is a new install of Win 8 only a week ago. I can assure you it is clean. I have been in IT for 20 years I know how to have a clean system. Please you need to take this seriously. Currently on the SAME pc it is just showing magic cards for sale.

As raspberrypi.org has a large younger audience I world recommend pulling this article ASAP until it can be cleaned up.

@liz: Now that you mention Bitcoin: Would it possible to add Bitcoin as an additional payment method to the Raspberry Pi Store? This could be realised for example via Coinbase (see The Humble Bunde sale).
I would like to buy a MPEG license for my Raspberry Pi but I don’t have a Paypal account and don’t want to register myself there.
I you don’t want to support Bitcoin, would it be possible to add other payment methods (e.g. Amazon Payments or Google Wallet)?

We have thought about it, but at the moment the currency is just too unstable for us to be able to get agreement from the trustees; they’re sensibly risk-averse, given that this is charity money we’re talking about!

MtGox has a system that’s completely risk-free (well, relatively) for the retailer – you specify a price to charge in GBP and they will then work out how many bitcoins to charge.

I wouldn’t really trust MtGox, they were hacked two years ago ( http://www.theregister.co.uk/2013/05/15/mt_gox_us_court/ ), and they recently had one of their US exchange accounts frozen by the Department of Homeland Security ( http://bitcoinmagazine.com/mtgoxs-dwolla-account-seized/?utm_source=feedburner&utm_medium=feed&utm_campaign=Feed%3A+BitcoinMagazine+%28Bitcoin+Magazine%29 ).
Bitcoin is interesting, I’m just not sure how safe or reliable it is at the moment.

Liz, please have a look at BitPay (https://bitpay.com/) and Paysius (http://paysius.com/). These are merchant services that set prices based on the current market rate and garantuee the exchange rate. So there’s no risk for you in losing any money.
See https://en.bitcoin.it/wiki/How_to_accept_Bitcoin,_for_small_businesses for more merchant services.
I would be very pleased to see Bitcoin as an additional payment method.

I believe P.T. Barnum had something to say about things like this … Oh, yeah, “There’s a sucker born every minute.”

Monetary systems are built strictly on confidence, but confidence is also the word from which the “con” in “con-man” is derived. This reminds me of tulip bulb contract prices in 1637, the Hunt Brothers’ attempt to corner the silver market in the 1980s, 2007 real estate “values”, baseball trading card prices, and other schemes that ultimately collapsed. The collaterallized debt obligations and credit default swaps of 2001 – 2007 were intentionally devised to be so complex that not even their creators could adequately explain their true nature – sound familiar? Read Nassim Nicholas Taleb’s “The Black Swan” to really understand what’s going on in such systems.

Mark my words – the BitKing is wearing no clothes.

Well, I have to admit, I’m definitely not investing in them. (Interestingly, the Winklevi are.)

It never ceases to amaze me how many people are all of a sudden so familiar with this obscure little tulip story from a few centuries ago. It almost seems like a group of people are visiting any site that dares mention Bitcoin and posts defaming remarks about it.

If you don’t have the guts to get on the train now then just sit down, shut up, and watch the rest of us.

The link from Adafruit has now been cleaned up. I never knew nsfw meant “No Swindon Films Wanted” ;)

I had a go with this and had a lot of fun, but I made some changes to the tutorial from Adafruit because I didn’t want to get the extra LCD shield, and wanted it to autostart and be accessible via x11vnc. Here’s my project log if anybody’s interested:

May I know the total wattage as well as when it factor in the combine wattages consume per day from RI?

Hi guys,
are you continuing to mine?
I want to start and I want to know if it works fine.
Every comments is welcome :-)