No, it isn’t April 1. I have to admit: we’re very sceptical about the science behind this latest successful Raspberry Pi-powered Indiegogo, which is still at the concept stage; it’s an adorable idea, but backers should be aware that it’s not very likely to bear useable results. But enough people out there love their dogs enough to have put scepticism behind them, so No More Woof is now funded. I’ll show you the creators’ video so you can find out what it’s all about.

I found myself the caretaker of a cocker spaniel called Fred for a year about a decade ago. Fred belonged to my landlady, who wasn’t around much, so it fell to me to look after him. The really striking thing about Fred was that he was clearly incapable of using his brain to do anything other than wee on things. Fred was from a tragically dumb family. His father died when he jumped from a car window at 40 mph, having decided to chase some of the trees that were sprinting so fast and so enticingly by the side of the road. Fred himself was a racist, and had to be kept on the opposite side of the street from any people with skin darker than that of his owners, because he would lunge threateningly and make wolf-noises if allowed within savaging distance. It was worse if he liked you, in which case he would try incompetently and stickily to have sex with your legs. He was broadly untrainable, only responding to commands about 10% of the time, and then usually the wrong ones. He could not be left alone in the house, or he’d start to bark at the walls for hours on end, annoying the neighbours, and then set to eating your handbag. And subsequently weeing on what was left. And trying to have sex with it.

Fred, in common with many dogs (yours excluded, dear reader), was very, very dim. So much so that I’m a little hard-pressed to consider him as an entity that actually had thoughts of any kind: intellectually, Fred was more like a highly developed mollusc. Fred was a being of pure sensation. Fred lived in a world of smell and movement – he did not stop to consider the lilies, or much else.

This causes certain issues for those attempting to parse the thinking of dogs.

So, acknowledging this problem, No More Woof’s team have set their sights low, and will not be aiming to “translate” more complex dog-thoughts than “hungry”, “tired” and “curious”. (There is no point in making one of these for cats. I can tell you what Mooncake’s thinking right now: “asleep”.)

If you imagine a bold future in which you can strap an EEG monitor to your own dog’s head and use a Raspberry Pi to find out what he wants to wee on, you can still back the project, which has 47 days left. We await the team’s results with great interest.

(Fred has long since gone to the great kennels in the sky. I like to think that he’s happy, chasing Elysian handbags, and weeing on them.) 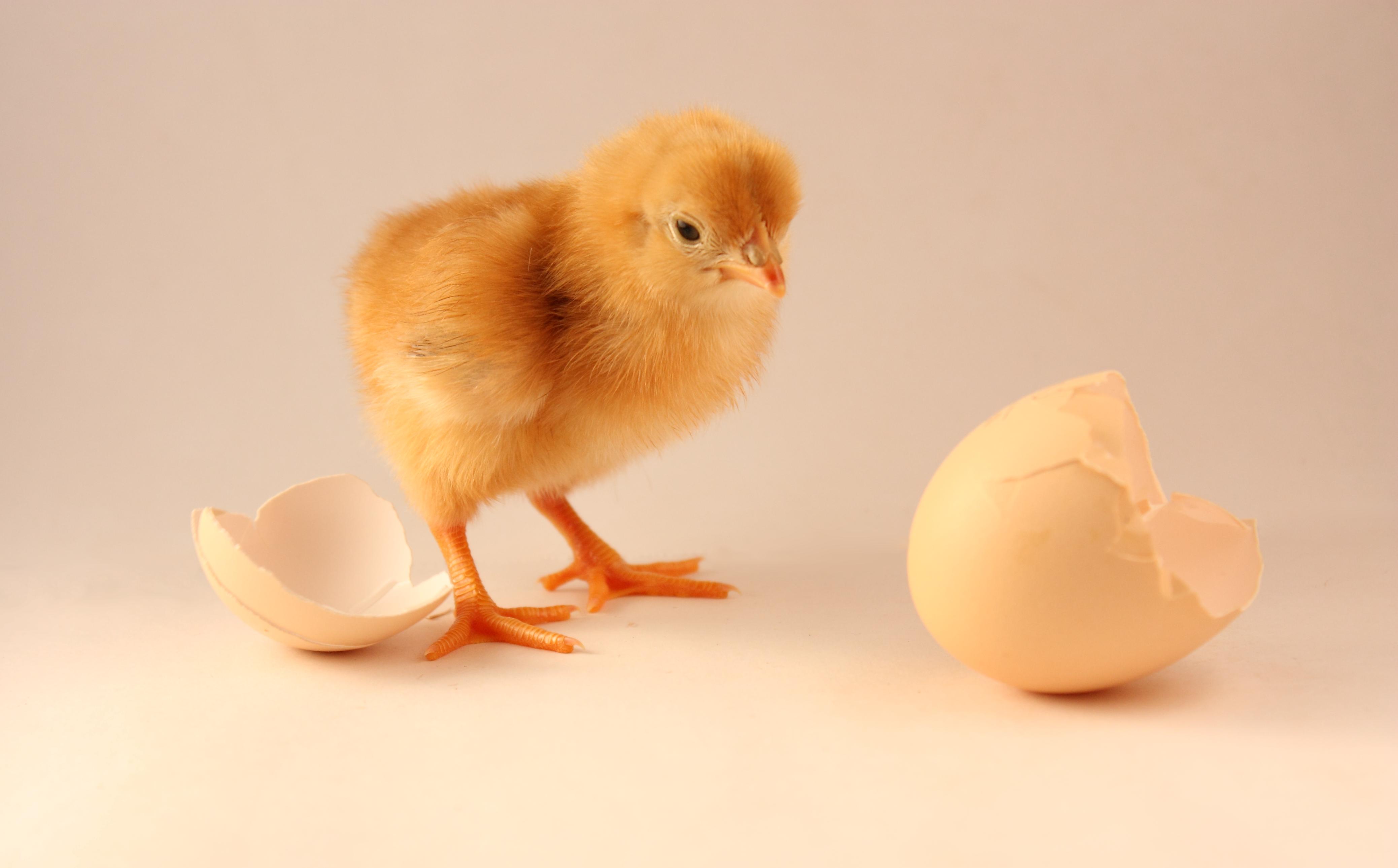 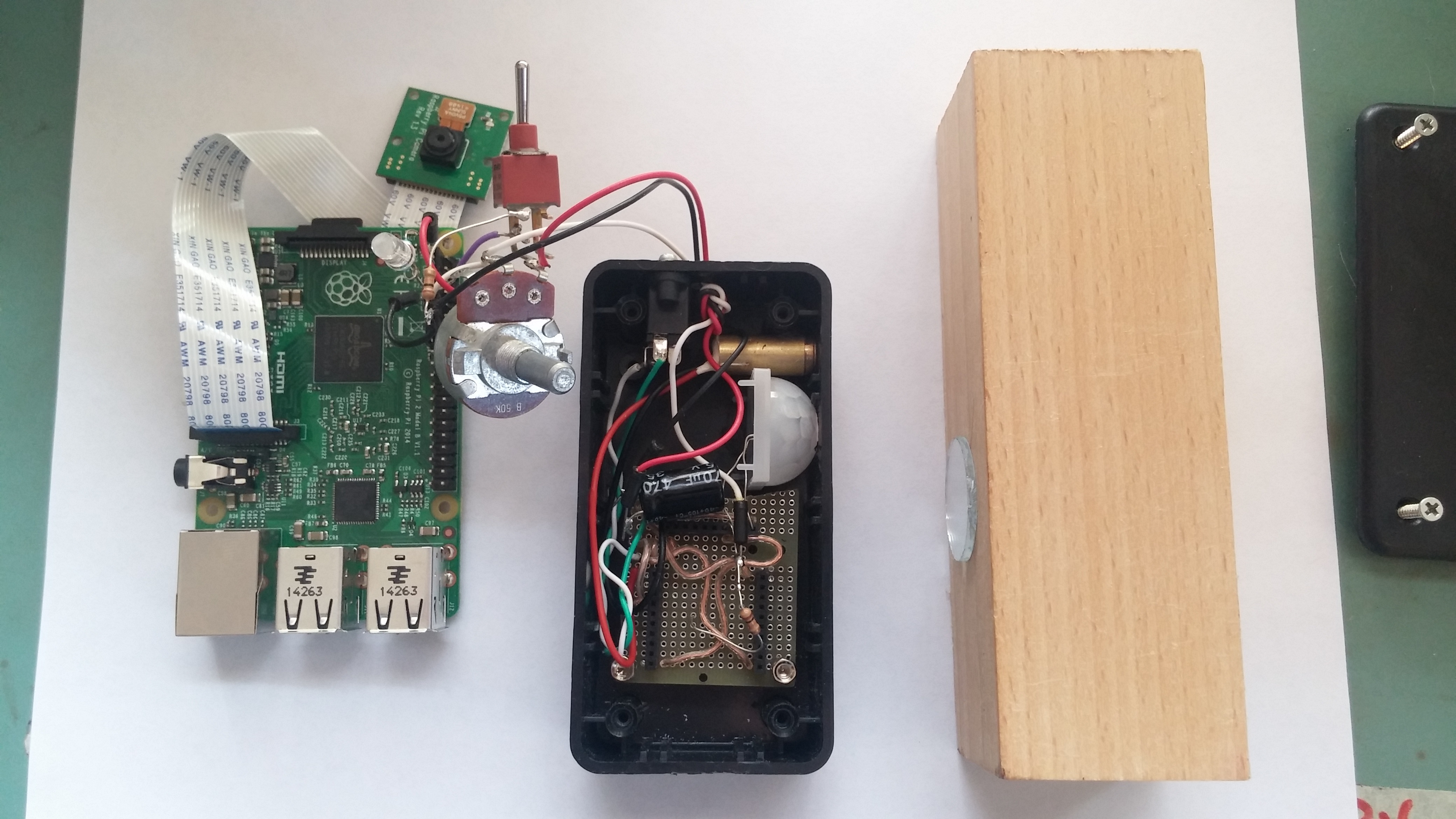 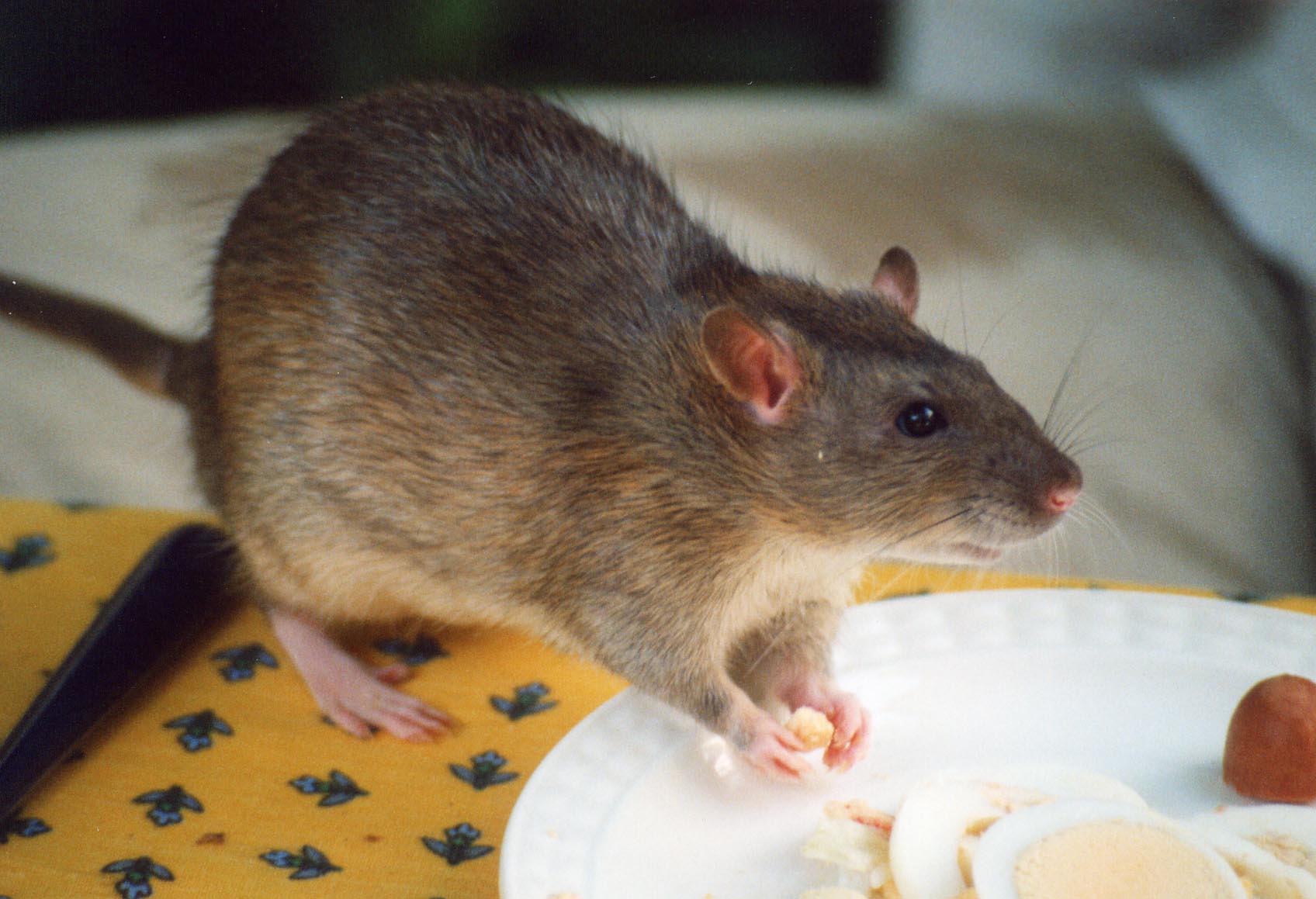 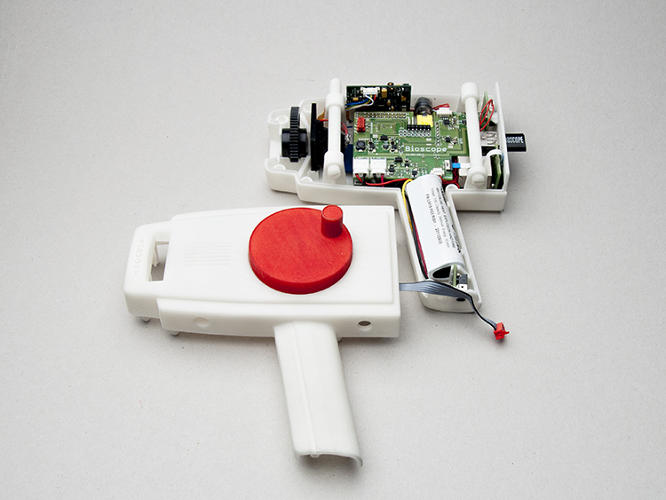 Where do they make balloons?

I think they are barking mad…

I’d quite like one for the office. We could attach it to Gordon so we could be pre-warned when he’s about to make a grab for the biscuit tin.

Once you find out about Gordon’s sporadic biscuit tin attacks then you can take counter measures to prevent them, eh? You could use a Raspberry Pi powered electric shocker whenever the headset detects biscuit activity!

Another task for the work experience guys, now I think about it, but we’ll probably just get them to attach a sensor to the tin!

I can attach it to him secretly when we film those Q&As!

Is the biscuit tin conductive? (That’s too cruel. Though I admit it’s the only thing that stops me, too.)

Just wait until Gordon hears about this… He will be shocked!

Another cracker from me there!

That one took the biscuit.

this would be a much better biscuit theft prevention method http://www.youtube.com/watch?v=_T9qiGCq5sk especially combined with the invisible fence thing

Just attach a reed switch and when open shock the tin or Gordon’s unsuspecting fingers. :3

Agreed the story about the dog “Fred” is written childishly, but the application for dog trainers could definitely benefit.

I would like to see a child manipulate the semicolon with half the skill.

your’re probably looking for something granular.

Elysium-yum?
I note (skeptically/sceptically) that the product is to be available in April.

Wow. Just wow. It’s amazing to see the Pi being used like this. Also thank you for bringing Pi’s to RadioShack, I’ve been sad looking at all the arduinos and not seeing a Pi. BTW say hello to Mooncake for me.

I said hello for you. She said: “Asleep”.

I wonder have they plans for translating Dog to Cat as well as Dog to Human (English)?

Dog to Sheep could be an important market too {though in general Sheep seem to already understand Dog in my limited experience}.

This article is cool and funny
R.I.P Fred you will live forever with handbags to wee on and walls to bark at…

the biggest issue i see, is getting through to the skin for the electrodes to work reliably, and many dogs have a double coat.

the underbelly is a far better place, because the stomach is actually a second brain. people think that function is limited to the head, but that’s just a concentration of the nervous system dealing with memory processing. The spinal cord has more brain cells than the cranium. However the dog would be suitably annoyed to have to wear such, and would associate the wearing thereof with a conditioned set of responses master wants. GIGO. nothing more.

A dog’s language is an extension of it’s development. I’ve had many dogs, and each had it’s own way of communicating certain messages to a refined degree.

A pi strapped to the owners stomach would give more value in recording and pattern-matching in order to ‘tune in’ from the dogs point of view, not imprinting our cultural casts on that of the canine

This is great.. Damn man i still laughing! If you can write code and design systems as good as you write, i have no diubt that you will get this working.
Hell, i almost pissed myself reading your idea!
Damn it, i wish we had more people like you around!. You can borrow my GoPro, and my software that converts text to speach and overlays that into background music. We mount the GoPro to the top of the dogs head, feed output from you system into my text to voice system, add some background music and.. Oh my God!!