With interests in modding tech, exploring the boundaries of the digital world, and open source, YouTuber N-O-D-E has become one to watch within the digital maker world. He maintains a channel focused on “the transformative power of technology.”

“Understanding that electronics isn’t voodoo is really powerful”, he explains in his Patreon video. “And learning how to build your own stuff opens up so many possibilities.” 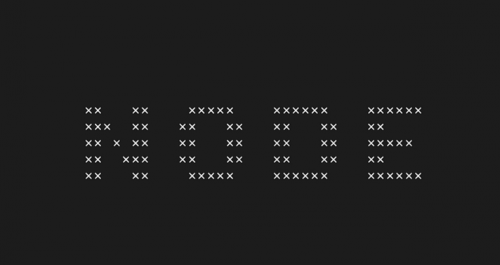 The topics of his videos range from stripped-down devices, upgraded tech, and security upgrades, to the philosophy behind technology. He also provides weekly roundups of, and discussions about, new releases.

Subscribers to N-O-D-E’s YouTube channel, of whom there are currently over 44000, will have seen him documenting variations of this handheld build throughout the last year. By stripping down a Raspberry Pi 3, and incorporating a Zero W, he’s been able to create interesting projects while always putting functionality first. 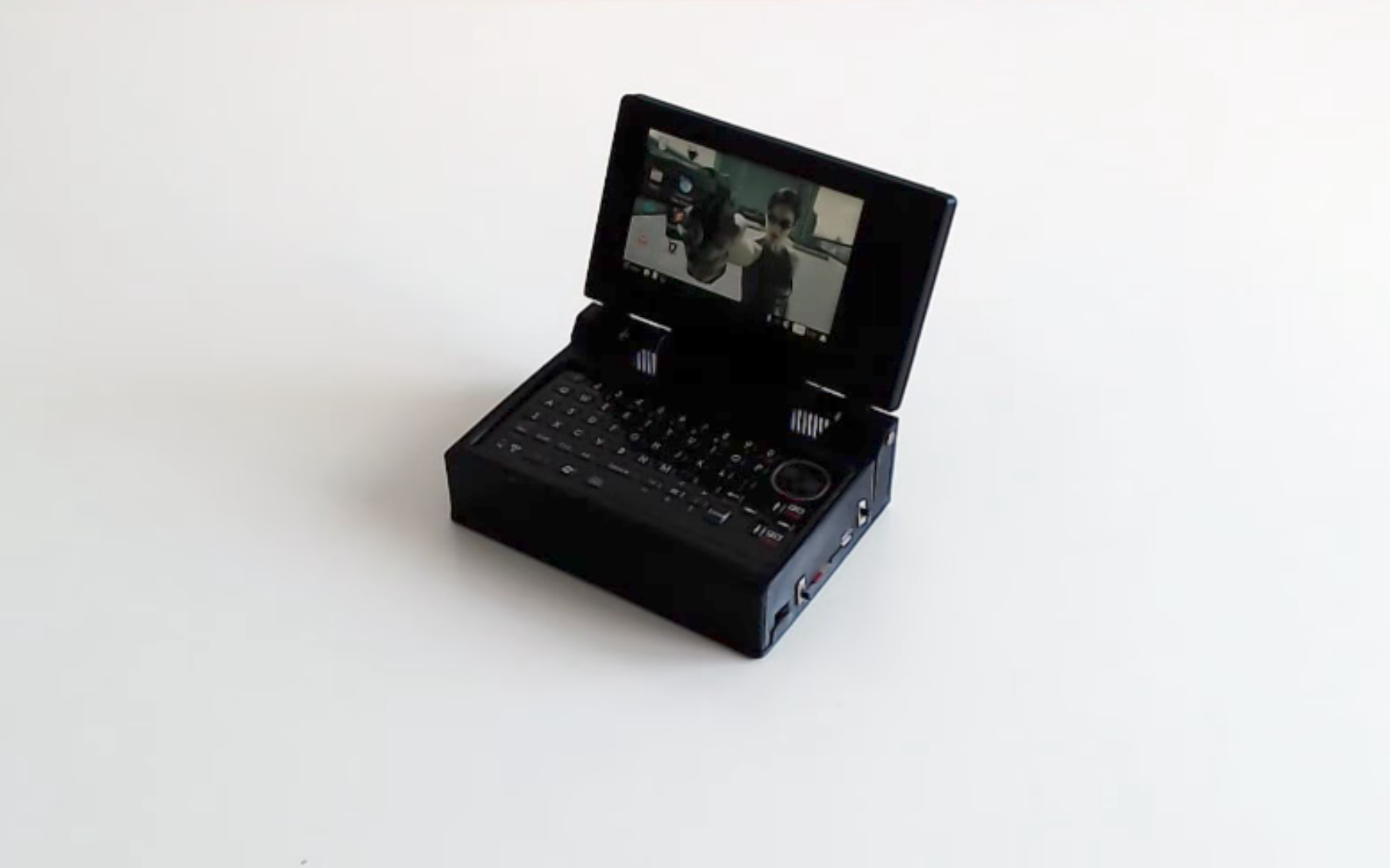 With the third version of his terminal, N-O-D-E has taken experiences gained from previous builds to create something of which he’s obviously extremely proud. And so he should be. The v3 handheld is impressively small considering he managed to incorporate a fully functional keyboard with mouse, a 3.5″ screen, and a fan within the 3D-printed body. 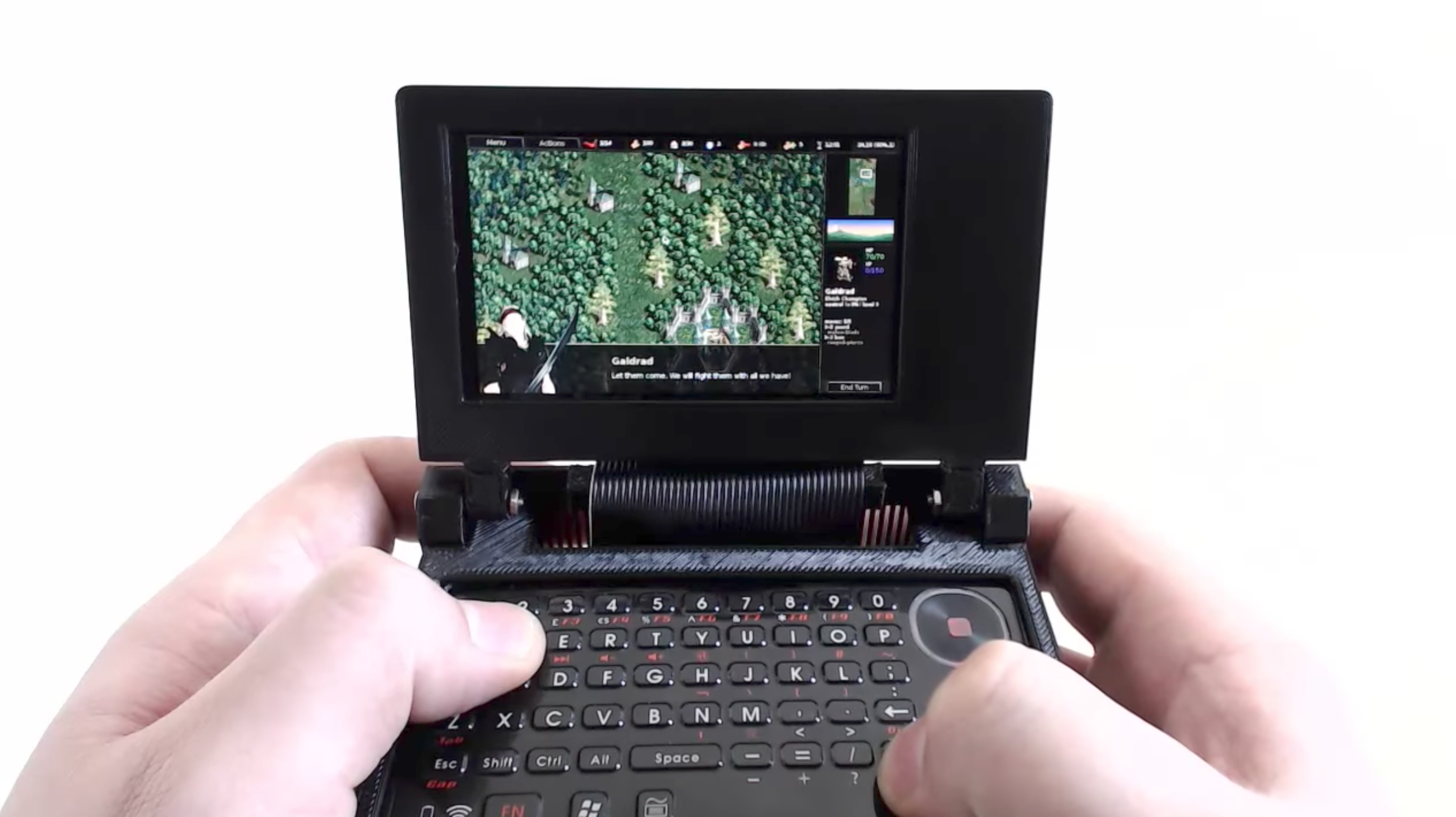 “The software side of things is where it really shines though, and the Pi 3 is more than capable of performing most non-intensive tasks,” N-O-D-E goes on to explain. He demonstrates various applications running on Raspbian, plus other operating systems he has pre-loaded onto additional SD cards:

“I have also installed Exagear Desktop, which allows it to run x86 apps too, and this works great. I have x86 apps such as Sublime Text and Spotify running without any problems, and it’s technically possible to use Wine to also run Windows apps on the device.”

We think this is an incredibly neat build, and we can’t wait to see where N-O-D-E takes it next! 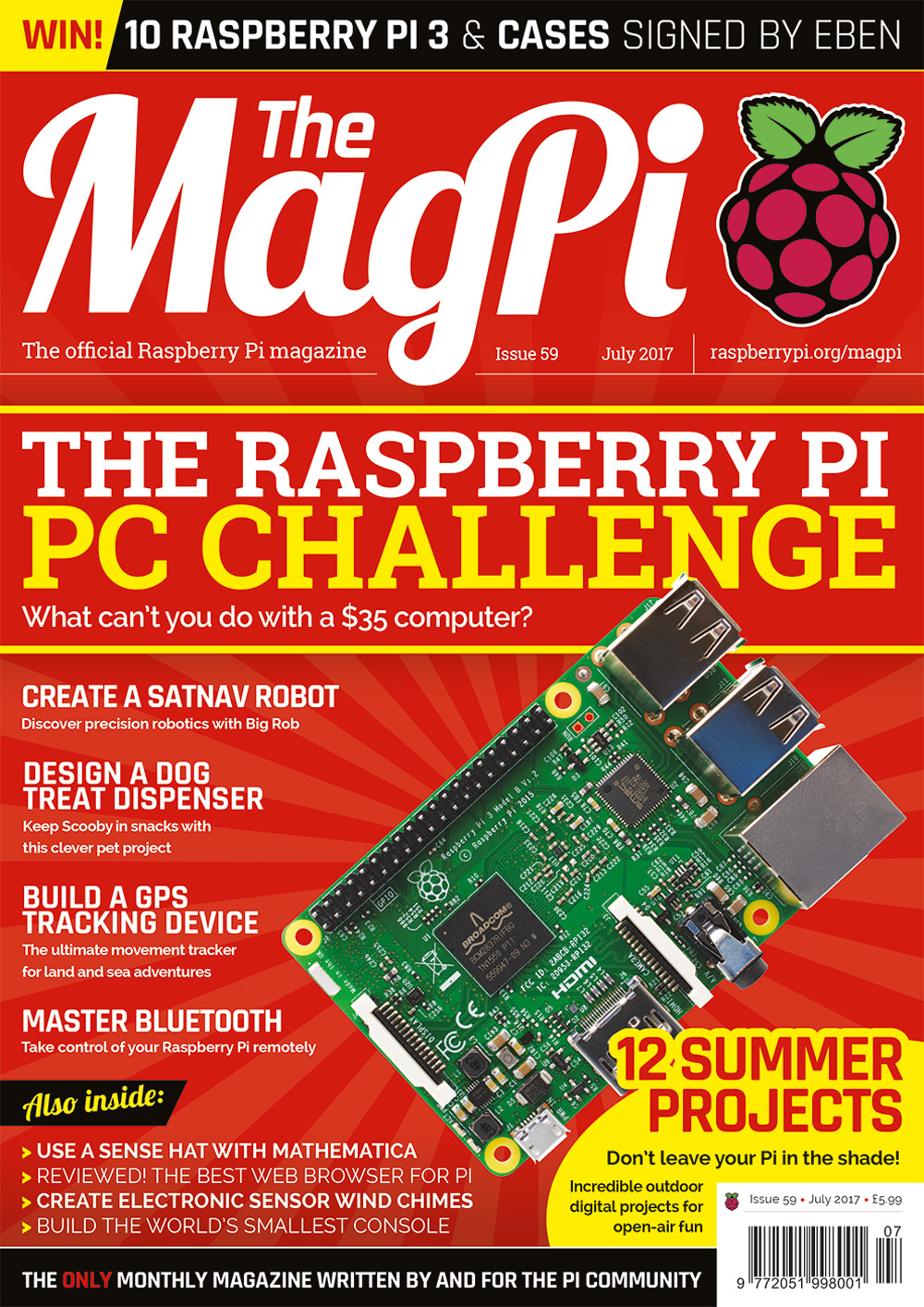 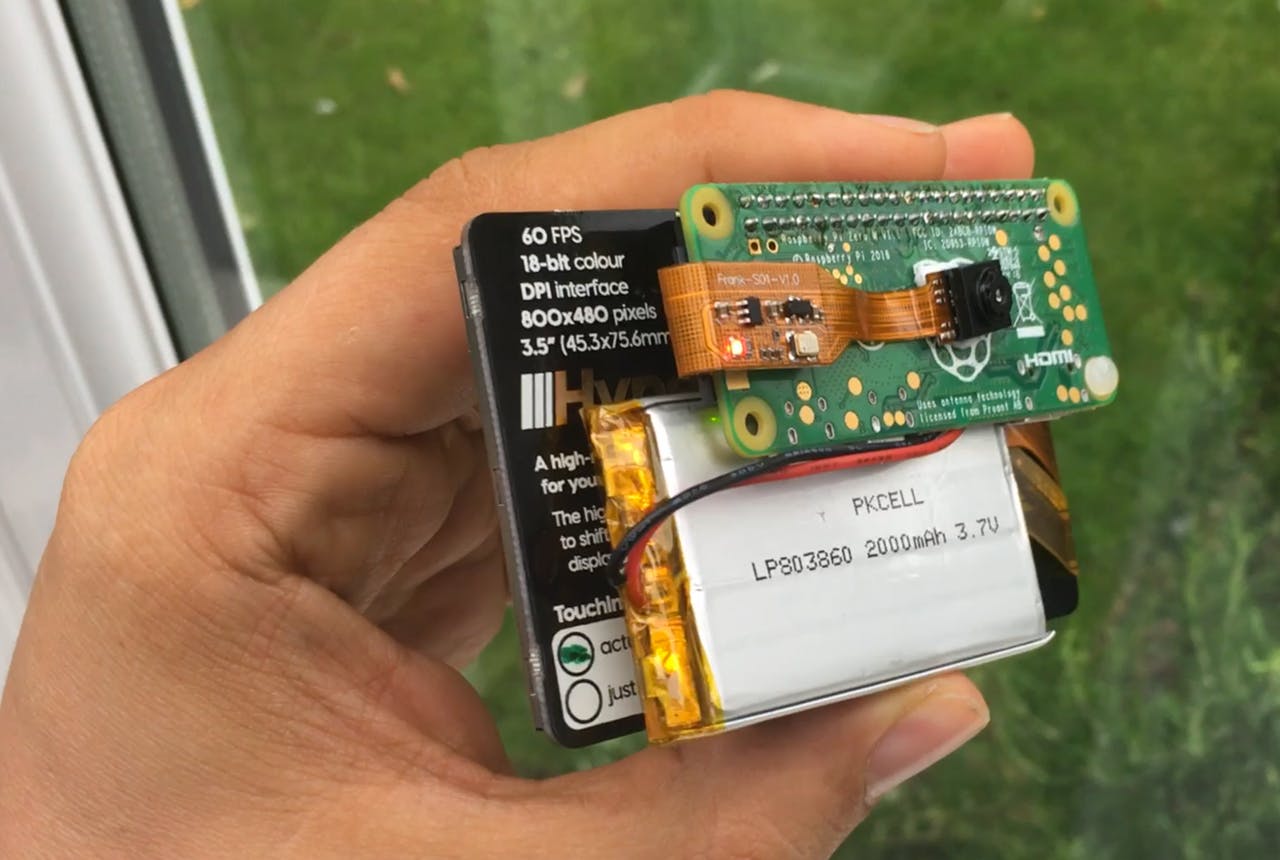 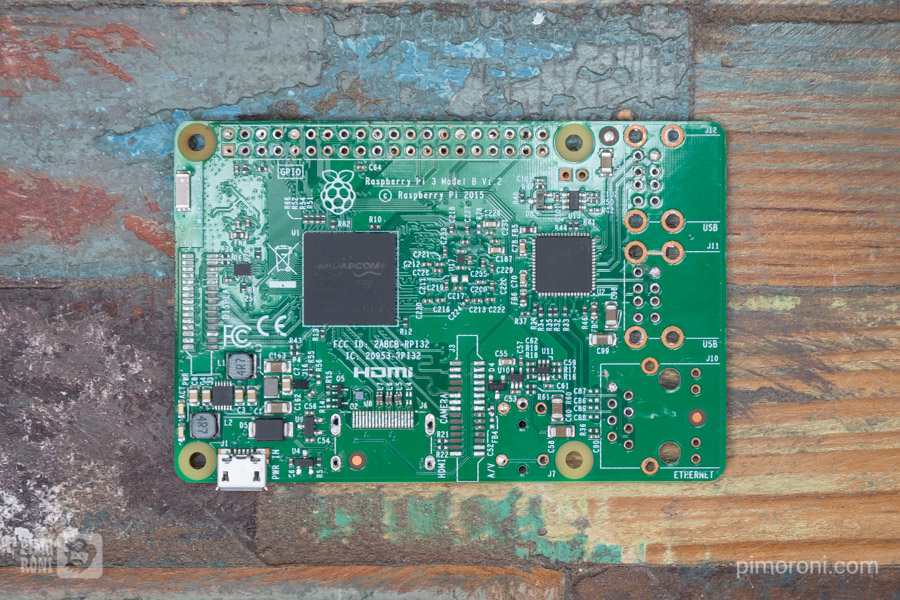 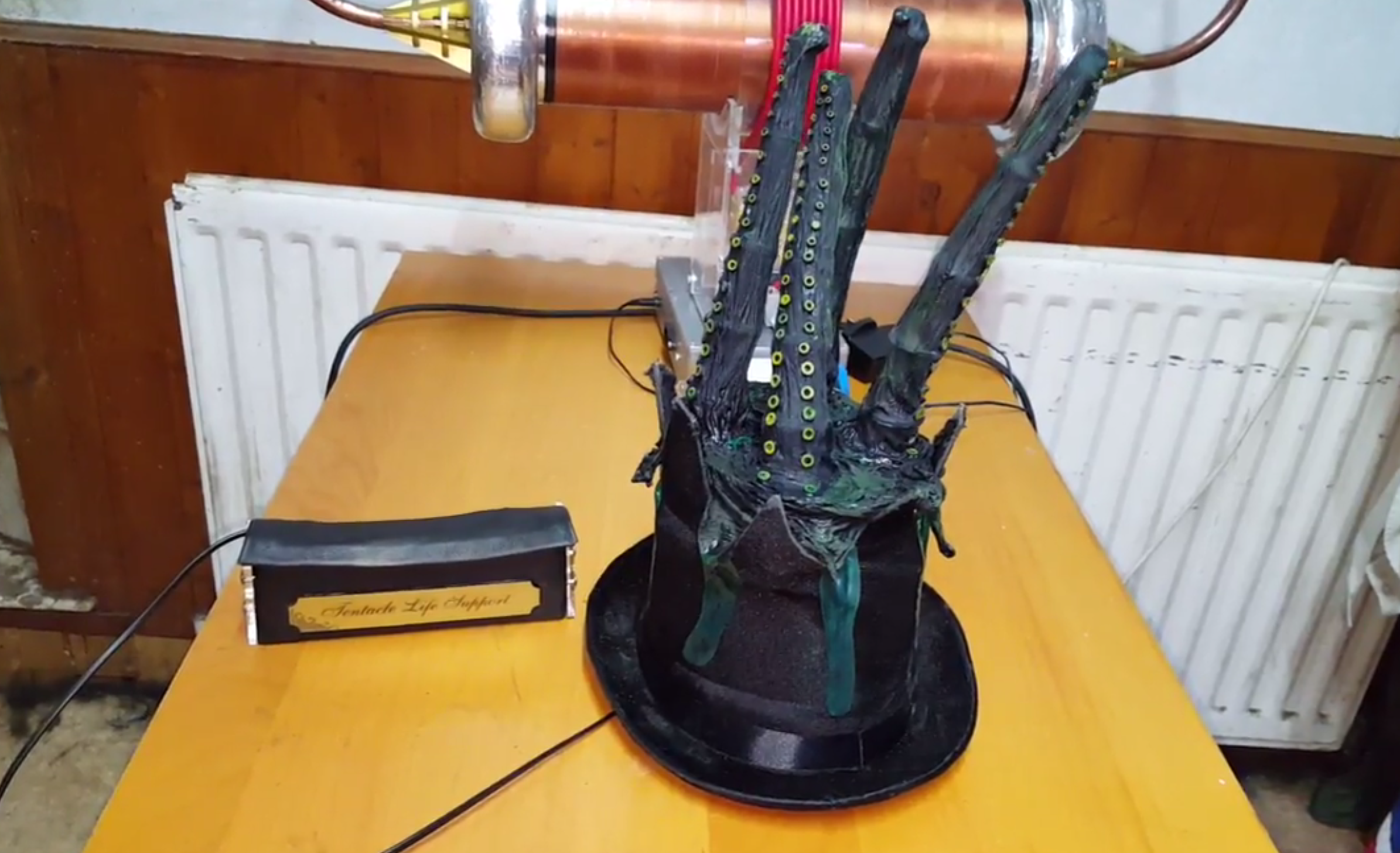 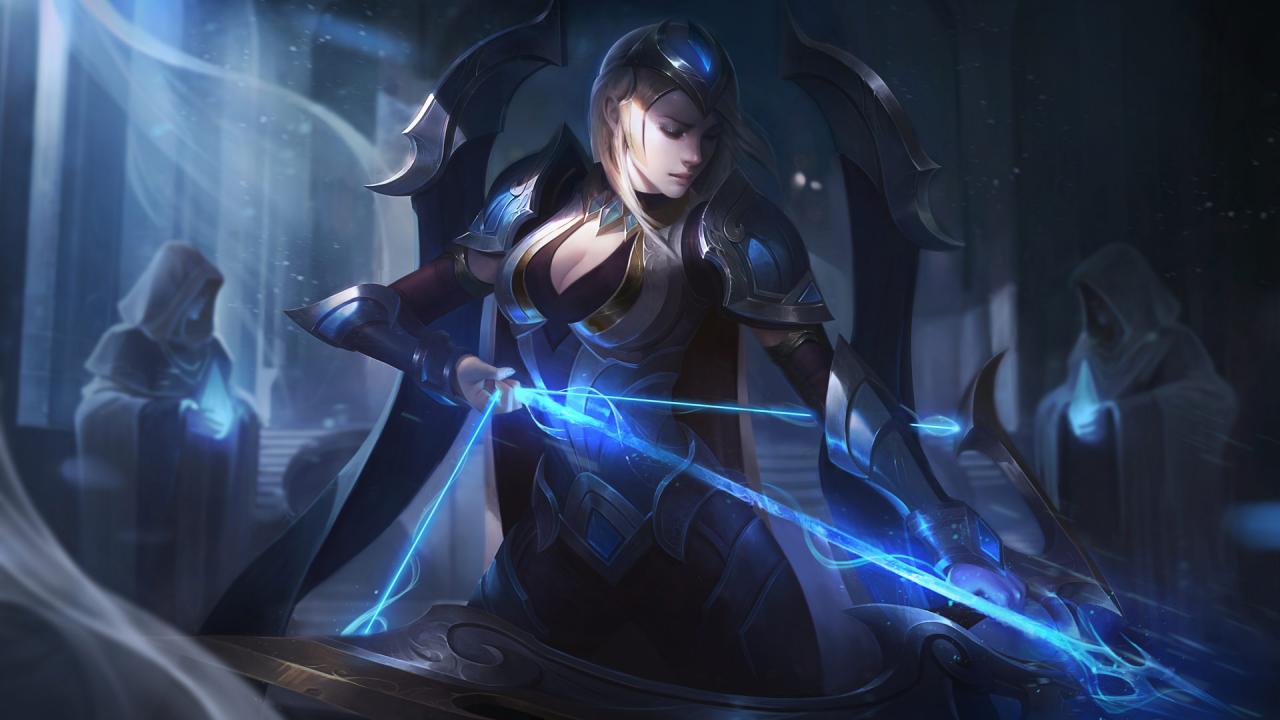 Join Riot Gaming for an evening of League of Legends

extremely cool! :)
it just is a pity that the keyboard is so hard to find.

uhhh. Yah, I’ll put that in my pocket.
I was hoping it was a zero.

You never know. Pockets come in all kinds of sizes.

Hehe! I made a tiny zero with a tiny LCD screen in a tiny case that fits in my pocket. My phone is the keyboard over ssh.

Just how (un)usable would a keyboard the size of a Zero be?

The best is Apple with Mactini !

I have one question to THE RASPBERRY TEAM: What WordPress-Theme are you using? It’s just beautiful.

If you right click and view source, you’ll find:

It’s one of those things you think is cool until you make one and never use it.

I went down a different route, used a zero, make my own keyboard, and used a lower resolution screen

Ok, first I need a DIY for making that keyboard….

Very nice build – but I can’t help thinking it looks an awful lot like the Pandora / Pyra handheld: https://pyra-handheld.com

impressive, and i wonder hows the battery duration(run time)?

Watch the video, particularly at the 1:04 mark.