We’ve spent the last few days at the Turing Festival in Edinburgh. And the best thing we did (that party with the free whisky and the accelerometer-jousting aside) was visiting Music Hack Scotland, where we saw some pretty amazing hacks being produced at the closing show-and-tell. Favourites? Electronics newbie Annie’s hand-soldered metronome (a kick-ass demonstration that soldering is easy); the Raspberry Pi-driven soft toy/guitar hybrid (The Ducktar – I’m hoping for some video from the makers if they find some time); and an ambient music-generating unicycle.

There’s another music hack in Iceland in a couple of months. Eben and I are currently juggling our schedules to try to make it out there for the event; the hacker community in Reykjavik are some of the nicest folks we’ve met since we’ve been doing this, and the music hack promises to be another brilliant weekend.

Meanwhile, back in England… When we got home, head full of ideas about encouraging people to port Max to the Raspberry Pi, we found a mail waiting for us from Omenie, one of our forum members. I really wish we’d known about this before Music Hack Scotland. He’s building a virtual analogue synthesiser called Piana (geddit?) with the Raspberry Pi, and it is absolutely one of the most exciting bits of work-in-progress I’ve seen being done with the Pi so far. (Full disclosure: a Raspberry Pi being used as a synthesiser is perfectly calculated to press all my buttons. I love it.)

Later than anticipated, please check out a Raspberry Pi being – and I do not exaggerate – the best-sounding synth I’ve ever played with for under £500, never mind under £50. It was a hideous effort to get even 4 note polyphony out of it, am hoping to still get 8 by more aggressive tuning although guts have already been bust.

He’s blogging about Piana’s progress, and things are moving fast, so if you’re interested, it’s well worth checking in regularly. I hope we’ll be featuring Piana more here too as she becomes more mature. Thanks Omenie; we look forward to seeing and hearing more from you! 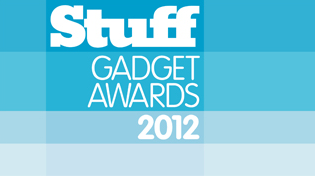 Note that this project (Piana) will also be commercial/closed-source.

*this post has been edited by Raspberry Pi to remove the personal data of another user at the request of that user.

I’ve said it before, and I’ll say it again: we believe the world runs on entrepreneurship, and we’re very welcoming of *any* application of the Raspberry Pi in people’s personal businesses. For some people, that means open; for some it doesn’t.

Do they have an agreement with the Foundation to use your Word Mark in the URL of their website, and other multiple uses of your trademarks without attribution to the Foundation, and otherwise outside of the guidelines on the Trademark section of this website?

Yet, developing a closed-source application for an open-source platform like Linux still seems strange to me. And it takes away the chance for people to study, learn and contibute to those projects. And isn’t it all about studying and learning? Not a flame, just a thought.

Why? People are free to do whatever they want, including writing closed code on an open platform. Happens all the time. Maybe the writer intends on commercialising the product, which he is perfectly entitled to do.

Considering the mailing-list of Pd is already buzzing and MAX currently doesn’t support Linux, let alone ARM, I’m sure the Pd effort will be the platform available easier for music creators.

I haven’t tried it yet but plain Pd should already basically work directly from Raspbian.
The biggest issues right now are the simplified PWM audio output (and gpio input) and low process priority (realtime scheduling is needed).

A joint open source effort would in this sense be much more sensible, than to rely on commercial and closed source incentives.

I assume you could get more channels once the DSP is made available: http://www.raspberrypi.org/phpBB3/viewtopic.php?f=24&t=15474#p157292

Native MIDI support in the UART should work. Just need to program the baud rate divisor register with 999.

I’m not sure how I feel about calling this a “Raspberry Pi Synthesizer” when it is in fact closed source, and it seems like they are really just using the Pi as a platform to develop for iOS and other target platforms.

Seems like they are taking advantage of the press around the Pi, but not giving much back to the community in return if it’s closed-source.

That said, it would be Way Cool if they had built a raspberry pi synthesiser a la Star Trek. It could churn out synthesised raspberry pis all day long and solve the back ordering problem in a stroke!

As far as I’m aware, MaxMSP is written in Juce. Juce is opensource, and it’s authour, Julian Storer wrote Tracktion. I’ve already started porting Juce to Raspian (with limited success, but I’ve a Newbie to Linux development. I’m sure someone here could do it in no time )

have you considered skipping MAX and running Pd (extended) or libpd for such applications?

By this I mean that, even if you port the framework that MAX is written in, you don’t have the source to build it (MAX). Cycling have never released a build for linux.

For more information on building your own synthesizers check out the synth-diy email list. In Cambridge we hold a weekend event every year bringing together those with any interest in synthesizers – from designing and building through to playing and gigging. This year’s event was in July. We also hold a raffle to raise money for the Drake Music Project.

In response to Liz’s suggestion about porting Max to the Pi, I hear that Pure Data is already easlly installed using apt-get. I haven’t yet got my hands on a Pi to try this but I’ll be attending a workshop for Pd on Pi that’s being set up by Joe Deken (New Blankets Foundation) in Los Angeles at Crashspace, probably October 7.

I’ve mentioned this already a few times in this thread. My confusion here, MAX is not open source, it’s a closed source commercial product. They’ve never released a build for Linux, no news of a proof of concept build for Linux. Cycling is a small company of nice people, they need to earn a living. A commercial Linux offering for MAX is a long time away, IF (and that’s a big if) they ever release MAX for linux it’ll be years away, and closed source.

If I’m missing something, please someone explain how they intend to port MAX to the Pi.

I think Pd-extended will need some more effort though. Having externals like GEM do GLES2 in HD would be awesome to see (although PAL-B analog would be fine for my needs).

I might replace the laptop with a Raspberry Pi now I have one.

Ha! Fantastic! Thanks Alistair – I’ll embed your link in the post. Very nice meeting you; and we loved your demo.

We’re not several comments in, I’ve mentioned a few times something that I think requires an answer:

“When we got home, head full of ideas about encouraging people to port Max to the Raspberry Pi”

It’s “Mellotron” not “Mellontron” In other words, it’s mellow not fruity!