This year, Eben’s participating in Movember, and growing a moustache to raise funds for men’s mental health, in memory of our very dear friend Chris “Oggie” Lightfoot, who died in 2007. He’s been growing the hairs on the lower part of his face out since November 1, and now has enough stubble to shape into a moustache. We’re taking suggestions for precisely what shape to shave it into in the comments here: the rules state that handlebar moustaches are fine but may not link to either his chin or his sideburns, ‘cos those aren’t moustaches: they’re beards. I should point out that giving November over to the production of a moustache is more onerous for me than it is for Eben. I have to put up with kissing a husband with bristles; my Dad shouting in restaurants “That’ll tickle your fancy, Liz! Bwa haha!” (Dad, I expect a large donation from you to make up for the embarrassment from that, and I am not eating in public with you again this month); and trimming the thing for him in the mornings. So please give generously. I’d like to feel that this month is worth it.

Eben is very, very bad indeed at growing hair on some parts of his head, but we are hoping for luxuriant results given that this only involves the area under his nose. Please let us know below just what shape you think his face-topiary should take. I’ve got a veto on this one, so moustaches resembling those of dictators from history will not be attempted, but you never know: you might come up with something we like. 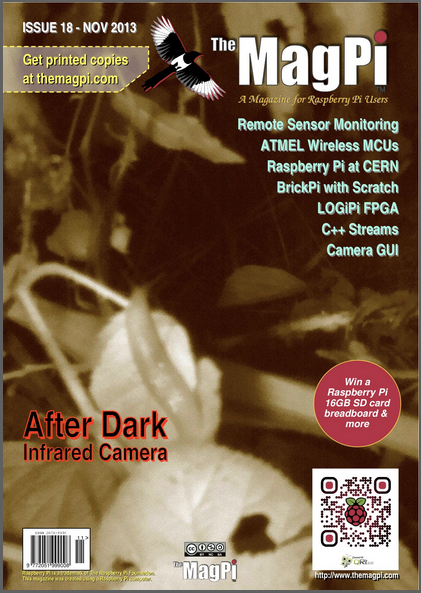 Its’ s got to be a ZaPiTa

Go on – enlighten me. What on earth is one of those?

Sorry; a poor pun on Zapata
Pretty much any form of droopy full fat handlebar, named after Emiliano Zapata a Mexican revolutionary and peasants friend (appropriate maybe ) immortalised in film by Marlon Bando..

…and certainly not his distant cousin, Bando Calrissian, who also sported a stylish ‘stash, if I recall.

No, it was another pun – on bandolero. You’re wittier than you thought!

I can’t think of any designs for the moustache, but I think it is a great idea to raise funds for people with disabilities! You deserve a brownie/scout badge for this!

Try the suggestions on one of these:

Personally, I would suggest the Little Tiny Triangular Separated Mustaches, like a Twenties gangster…

I have been suggesting a “My Name is Earl” handlebar arrangement. Glutton for punishment, that’s me.

Speaking of My Name is Earl, I can’t help but think Randy is a much rounder (and dumber) Sam:

Do you know, I think you’re onto something there.

Aargh. Now I’ve seen that I can’t un-see it. Going to be awkward next time we’re down the pub.

Well, that is certainly a possibility, but I still think the little tiny triangular “Boris Badenov” ‘stache is cooler.

I hope the Wooly Willy people have been put on notice that they may not use Eben’s likeness without the expressed, written permission of the Foundation … :D

That’s not a moustache! Has Eben read the rules? http://uk.movember.com/news/2218/

Yes: it gets groomed into a moustache tomorrow morning once it’s clear there’s actually enough hair there to do it…

Surely it’s got to be a moustache shaped like a pi (π)!

… preferably even with a wavey top line!

Doubt your memory’s that good.
Mphmphcheatmph355/113mphforthmph…

I also am Movembering; so far, so pathetic, but not as pathetic as not getting any sponsors. Like last year.

So, should anyone wish to contribute, feel free to donate to Eben’s so far better effort.

have you tried swigging a few bottles of Miracle-Gro?

I thought you were just going for the rugged look when I saw you the other day.

There a difference between ‘rugged look’, and ‘cannot be arsed to shave’. And now I have an excuse for the second!

Awesome! I think that Eben’s moustache should look like this: http://static.giantbomb.com/uploads/original/0/1695/355526-moustache_competition090107.jpg

That’s not a moustache – that’s a (very fine, although a little dandified for my tastes) beard (with a moustache on top).

Eben won’t have time to grow one of those in Movember (unless he gets a 5 o’clock shadow by about 10am).

Oops, I messed up the HTML tags

Hummm. that is called ‘the tooth brush’ and unfortunately also has some very negative vibes, despite that fact that Chaplin was anti-fascist and also a visionary as his ‘great dictator’ (from 1940) showed.

Also a possible confusion with Pte Baldrick (BlackAdder goes Fourth) and his barnstorming slug balancing Act for the troops..

Maybe if he wore the hat and shoes?

Please, not a pencil-thin moustache! Barely tolerable on David Niven and Vincent Price; Eben would scare all the little children!

Picture that growth in blonde and that’s pretty much what mine looks like after 5 days.

I’m voting for the Yosemite Sam look, but it depends on whether he can grow his eyebrows fast enough to match!

Great to see you supporting a great cause Eben!

Not sure I want to be rocking the Nick Stokes look:

without even the flimsy nicotine-withdrawal excuse.

Why not set the bar a little higher? Tom Selleck….

That is EXTRAORDINARILY ALARMING.

+1 on remembering Chris this way. Never met him, but judging from the wiki page Liz linked too, he would have contributed great things to humanity. Alas :(

Oh, and Eben: where there’s brains, there can’t be hair, as they say ;)

He *did* contribute great things – many of them are linked on the Wikipedia page you mention, and his blog is well worth a read too (notice that it’s pretty much from another geological epoch, by internet standards, and therefore the formatting may not be as shiny as you’re used to); it’s nice to get to know him that way, and I still dip into it occasionally to remember what it was like talking to him. He’d have contributed much, much more if he’d still been around, and I’m absolutely positive he’d have been part of the Raspberry Pi project if he were still here. We miss him very much.

Plus, I’m pretty sure the bugger was physically incapable of growing a convincing moustache, so there.

Mmm… what about bum fluff? Bring back the teen years XD

I’m most troubled by the revelation that Eben can’t trim his own moustache!! It’s not that hard to self-trim is it? (not that I’ve ever tried …)

How about letting Liz grow the moustache? The winner for the best program donates £10!

A moustache shaped in the form of a manly *cough* set of raspberry leaves ;-)

There’s only one logical moustache:

I rest my case.

Oooh that works on so many levels.
Erudite, Appropriate and Funny.

I’m tending towards that conclusion myself.

I think if you trim it like that, Eben’s hair might just grow straight out from his head.

No pi(e) in his moustache!

A Prototyping Bad kind of beard :)

I personally think a sine wave shaped moustache would be good.

So what was the final result? We want to see so we can take the mickey, i mean enquiring want to know.

I’ll stick some photos up tomorrow, all being well!