The moment we saw Sarah Spencer‘s knitted Stargazing tapestry, we knew we needed to know more. A couple of emails later, and here’s Sarah with a guest blog post telling you all you need to know about her hacking adventure with a 1980s knitting machine and a Raspberry Pi.

Printing a scarf on a Brother KM950i knitting machine from the 1980’s. To do this I have a Brother Motor arm to push the carriage back and forth and a homemade colour changer that automatically selects the colour on the left (the white and purple device with the LED).

Raspberry Pi: what’s there not to like? It’s powerful, compact, and oh so affordable! I used one as a portable media box attached to a pico projector for years. Setting one up as a media box is one of the most popular uses for them, but there’s so much more you can do. 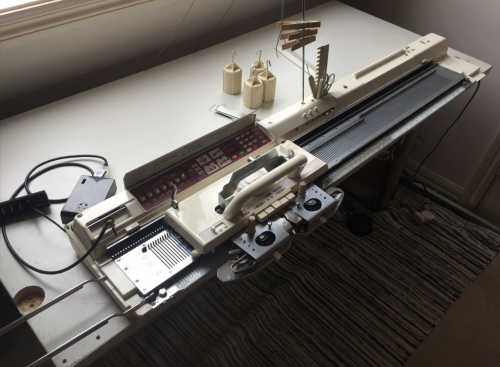 I call this set-up OctoKnit in honour of a more famous and widely used tool, OctoPrint for 3D printers, another popular application for Raspberry Pi. 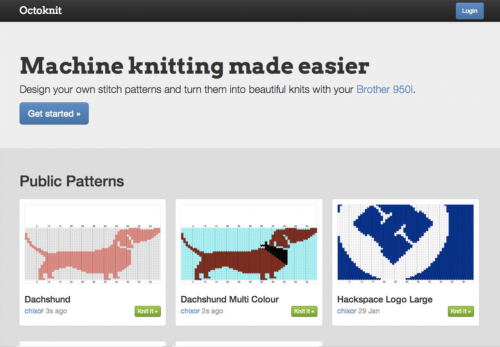 I’ve made the OctoKnit web interface open source. You can find it on GitHub.

This project has been in the works for several years, and there’s been a few modifications to the knitting machine over that time. With the addition of a motor arm and an automatic colour changer, my knitting is getting very close to being hands-free. Here’s a photo of the knitting machine today, although the Raspberry Pi is hiding behind the machine in this shot: 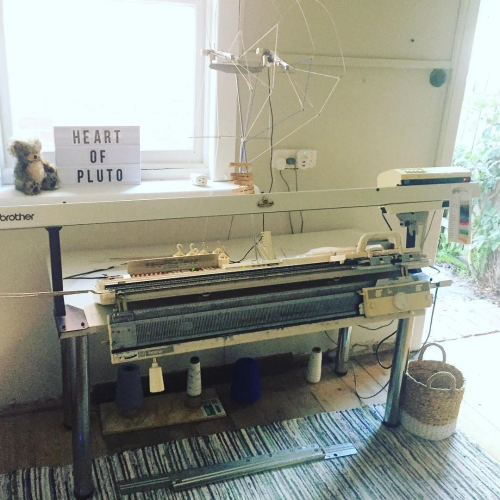 I’ve specialised in knitting multicolour work using a double-layered technique called double Jacquard, which requires two beds of needles. Hence the reason the machine has doubled in size from when I first started.

I made a thing that can make things, so I need to make something with it, right? Here are a few custom orders I’ve completed through my Etsy store:

However, none of my previous works quite compares to my latest piece, Stargazing: a knitted tapestry. Knitted in seven panels stitched together by hand, the pattern on the Raspberry Pi is 21 times bigger than the memory available on the vintage knitting machine, so it’s knitted in 21 separate but seamless file transfers. It took over 100 hours of work and weighs 15kg. 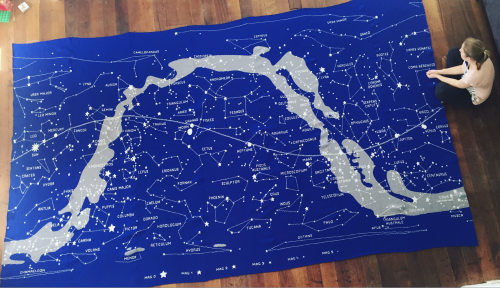 Stargazing is a celestial map of the night sky, featuring all 88 constellations across both Northern and Southern hemispheres. The line through the center is the Earth’s equator, projected out into space, with the sun, moon and planets of our solar system featured along it. The grey cloud is a representation of our galaxy, the Milky Way.

Happy 6pm, Fri 31st Aug 2018 😊 The tapestry is installed and the planets in the sky have now aligned with those in the knitting

When I first picked up a Raspberry Pi and turned it over in my hand, marvelling at the computing power in such a small, affordable unit, I never imagined in my wildest dreams what I’d end up doing with it.

What will you do with your Raspberry Pi?