Kegerface is a digital tap list display from SchrodingersDrunk, which you can read more about over on Reddit. It’s an interface for a Kegerator, hence the name. I had to look that up – a Kegerator is a device for dispensing draught beer in the home, involving all kinds of kit like a fridge and a tank full of carbon dioxide. In the picture below, it’s the thing with the spigots sticking out of it. We, of course, are interested in what’s going on above the spigots. The back-end here is some PHP which interprets data from a shared Google spreadsheet. The whole thing runs off a Raspberry Pi that’s attached to the back of the display. All the information you need is here: the type of beer, the ABV, the hoppiness (scored out of three – that’s what the green glyphs represent), the maker, and, most importantly, how much you have left.

You can find SchrodingersDrunk’s code, along with assets like those hop graphics on Github. The Kegerface is under a CC licence, and other Kegerator owners have been modifying the setup for their own use.

Andy Davies has done a lot of work on his own version. He’s tweaked the interface, and added the bar temperature and a breakdown of how many pints are left in stock; he’s also using MySQL rather than going the CSV/PHP route. Compare with the interface above, and spot the differences! (Click to enlarge.) We deplore your taste in ginger beer, Andy. Hollows & Fentimans’ hard stuff is much nicer.

Andy’s also made the Kegerface work for bottled beer as well as draught beers, and best of all, has made stock updating easier by attaching an RFID reader to an Arduino, which is then hooked up to the Pi. So every time you take a bottle, you swipe the attached RFID tag across the bar, and the stock is adjusted on the Kegerface. Again, everything’s on GitHub if you want to try building one yourself.

I’m trying to work out whether it’s legal for us to get one of these for the office. 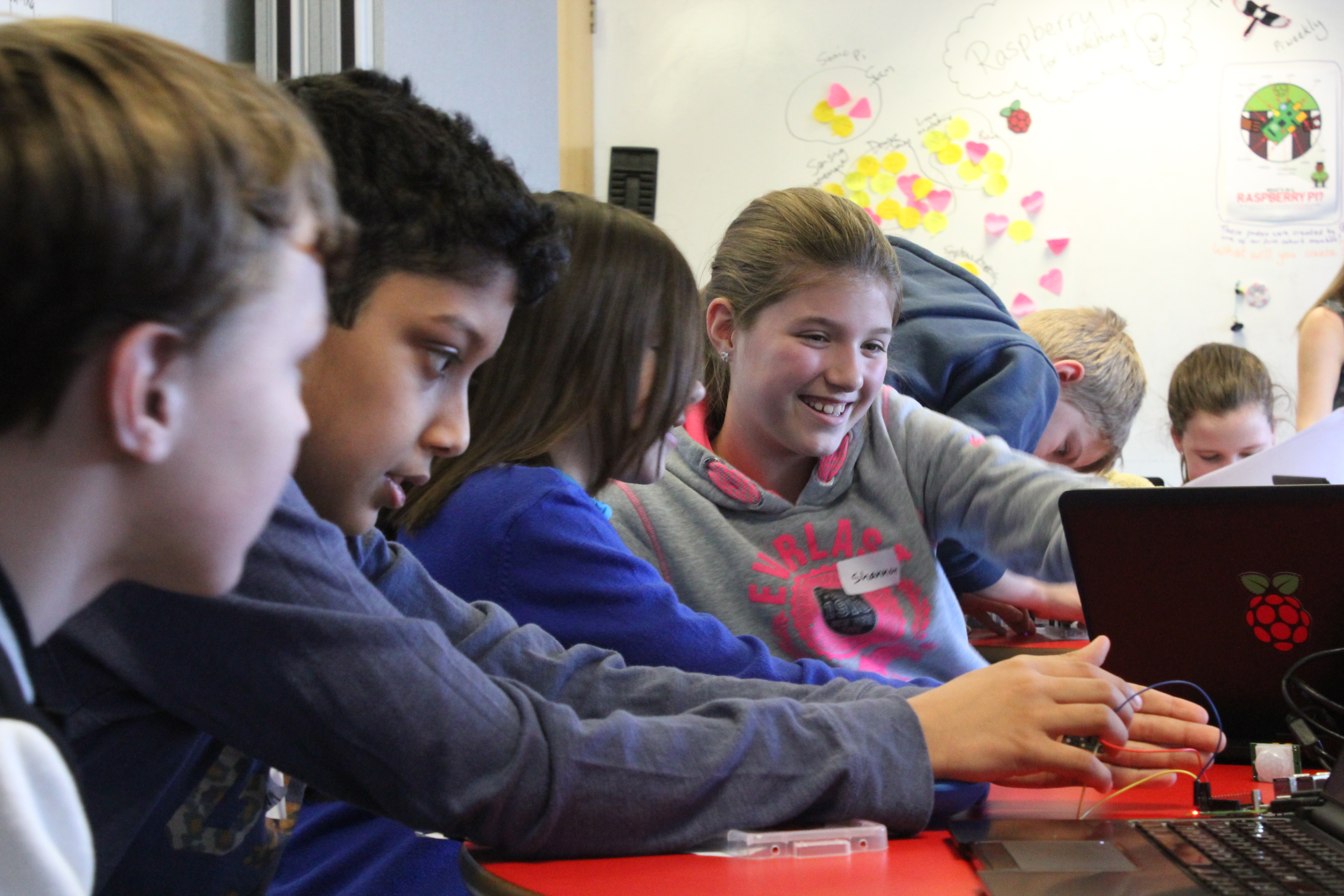 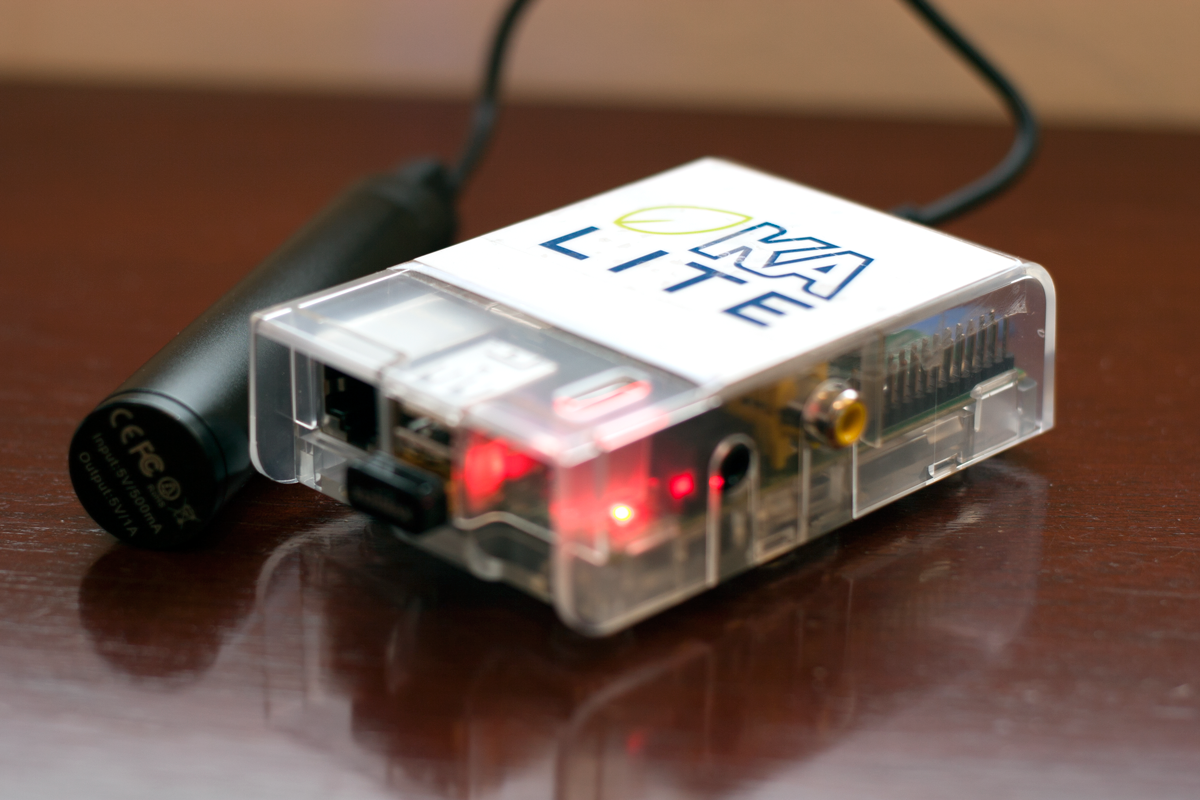 Only a few weeks now until the Cambridge Beer Festival… can you convince CAMRA to make it Pi-Powered? ;-)

I am feeling very glum about the beer festival. Usually we’re there most nights, but this year we’ll be in Japan on business, drinking Suntory Hi-balls out of a vending machine.

(I have some great pictures on my phone of Japanese vending machine drinks. Favourites include The Pungency, and Boss Silky Drip.)

Never fear. I shall be there almost every night apart from the ones where I have to marry off my relatives. To the best of my slightly inside knowledge I don’t believe any Pis are required to make it work but Mythic Beasts did win a free polypin of codebreaker last year for winning the code breaking challenge. See here for the challenge and here for the solution.

Pete can run a marathon in under three hours, grows more hair than anyone I’ve ever met, *and* breaks codes. Is there nothing you don’t excel at?

In the immediate aftermath of said marathon, walking was certainly something I wasn’t excelling at :-)

You forgot that weird sounding canned drink called “Sweat”. I couldn’t believe my eyes when I first saw it on sale in Japan. It turned out to be an isotonic drink!

Can we get them to send one for the office?

Apparently it is possible to but a conversion kit to turn an old fridge into a Kegerator. Didn’t James say he had one we could use in the office? I wonder if he would mind if we drilled holes in it.

Purely for research purposes only of course. :-)

Someone recently tried to convince me that it was illegal to have alcohol in the office, which is of course ridiculous! After all how would the BBC exist if that was the case?! (He says from experience).

As far as I am aware it is only challenging if: a) you charge someone for it, b) you have a company policy against it.

Do we strike you as the sort of company that has a no-alcohol policy?

In fact its positively encouraged!

I think the hop rating has gone a bit mad on the second machine.

Easy peasy. Going to work on this addon over the weekend!

See that Gordon? I smell a weekend project for you over the Bank Holiday.

Looks interesting I couldn’t tell but it doesn’t seem that the system measures the actual beer left in the keg but counts the number of pints served manually is that right ?

That’s correct, it’s a manual count of what has been taken as opposed to measuring what is left in the keg. I looked at doing that with sensors but far too complicated for me to try and implement…and also it wouldn’t have worked for counting what was left in the bottles.

Never mind the Kegerator, I’m more interested in the anti-grav technology that is apparently making the screen in the first photo float in mid-air!

Haha. From the shadows, it looks like it’s on some kind of anglepoise-lamp type swivel arm.

I just have to say how happy I am to see “Click to embiggen” again… it always good for a laugh.

“We, of course, are interested in what’s going on above the spigots.”

Speak for yourself.
I’m more interested in whats behind them :)

There is a beer festival near me today – I think I’ll go pi spotting and report back.

Sorry Liz but I have to say I hate Ginger Beer…the Crabbies was a gift. I am just able to stomach the Ginger Carling Zest’s :)

Inspiring, I’ve made my own beer before, so I think to myself, “why not make some raspberry beer, put it in a homemade kegerator, with a nice raspberry pi driven menu”? lol

I think that’s a superb idea. And if you need a team of keen volunteers to help you test your setup, you know where to find us…