We’ve seen a number of photographers who have taken to the Pi as a way to bring down the cost of the sort of kit that was, pre-Pi, outside the budgets of mere mortals. Case in point: gigapixel photography. A gigapixel image is made up of (at least) a billion pixels, which means you’ve now got access to the sort of fine and vivid detail on your monitor that we mere humans with our shonky eyeballs could only dream of until recently.

At the moment, a camera that can take a gigapixel image all in one shot is the sort of fantasy hardware that the military is pouring millions into. But if you’re not in charge of a defence silo, you can still take your own gigapixel images by stitching together many megapixel-sized images from an SLR camera on a motorised mount into a giant, seamless mosaic with very fine detail. You’ll need something approaching a defence budget if you’re going to do this yourself without building your own hardware, though; I spent a few seconds googling and found that off-the-shelf motorised rigs for your camera can cost nearly $1000.

Tim and Jack Stocker thought this was daft, so they built their own out of MDF, some Lego turntables, and a Pi with a cheap stepper motor attached. Gigapi in use. (We love the yellow paint job – it’s a beautifully made piece of kit.) Click to enlarge. This is the instrument box Tim is holding in the photo above, opened so you can peer inside. Click to enlarge.

The Pi has a lot of computation to do here: Jack’s software (which you can download on GitHub) works out the horizontal and vertical angles required, the camera sensor size, the length of zoom used and the image overlap required to stitch everything together into a tidy mosaic later on. It figures out how many photos are needed to complete the picture, when the stepper motors should be moved, and by how much and in what order; and when and for how long the shutter should be opened – it also deals with the focus.

You’ll find a long description of how to reproduce the Stockers’ setup, with a parts list, enough information for you to make your own shutter control circuit and more at GigaPi.

For obvious reasons, I can’t host a sample gigapixel image here. But you can find some pictures taken with the Stockers’ rig, one of which is a simply ridiculous 15.2 gigapixels (and enormous fun; it’s full of Easter eggs, and the detail’s so good that you can count how many peanuts are left in the bird feeder) at gigapan.com.

Bonus fact of the day: Sophie Wilson, of ARM and BBC Micro fame, is also a gigapixel photographer, and she’s created some really beautiful pictures using the technique – the architectural photos are my favourites. She occasionally gives talks in and around Cambridge on the subject, minus the Raspberry Pi (I spotted an advert for one in my local post office last week). Keep an eye out if you’re in town. 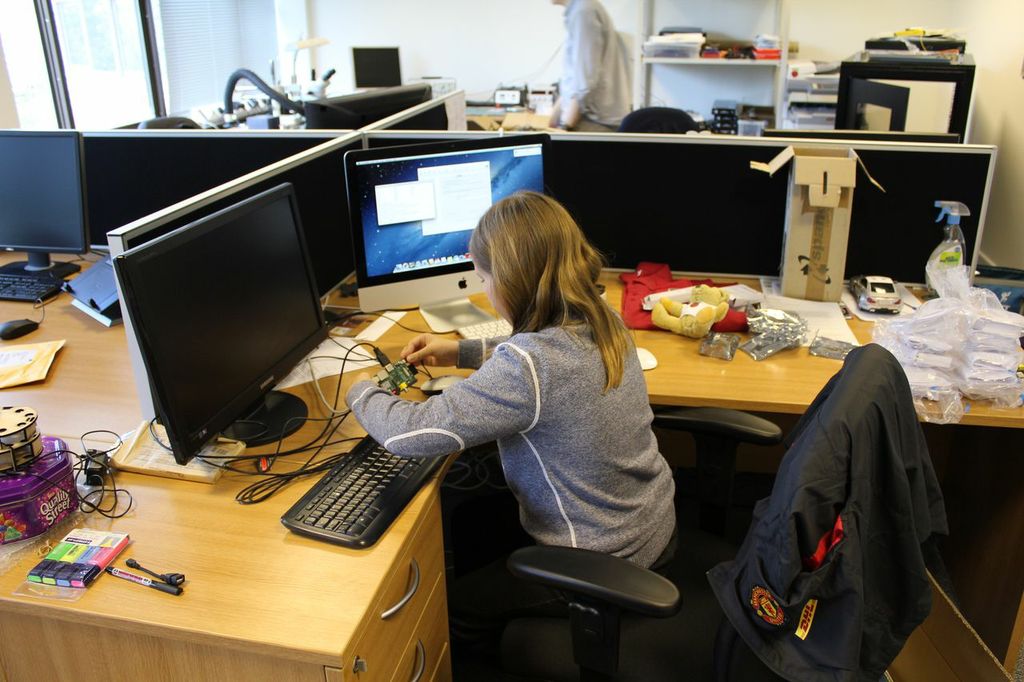 Troubleshooting: so easy a ten-year-old can do it 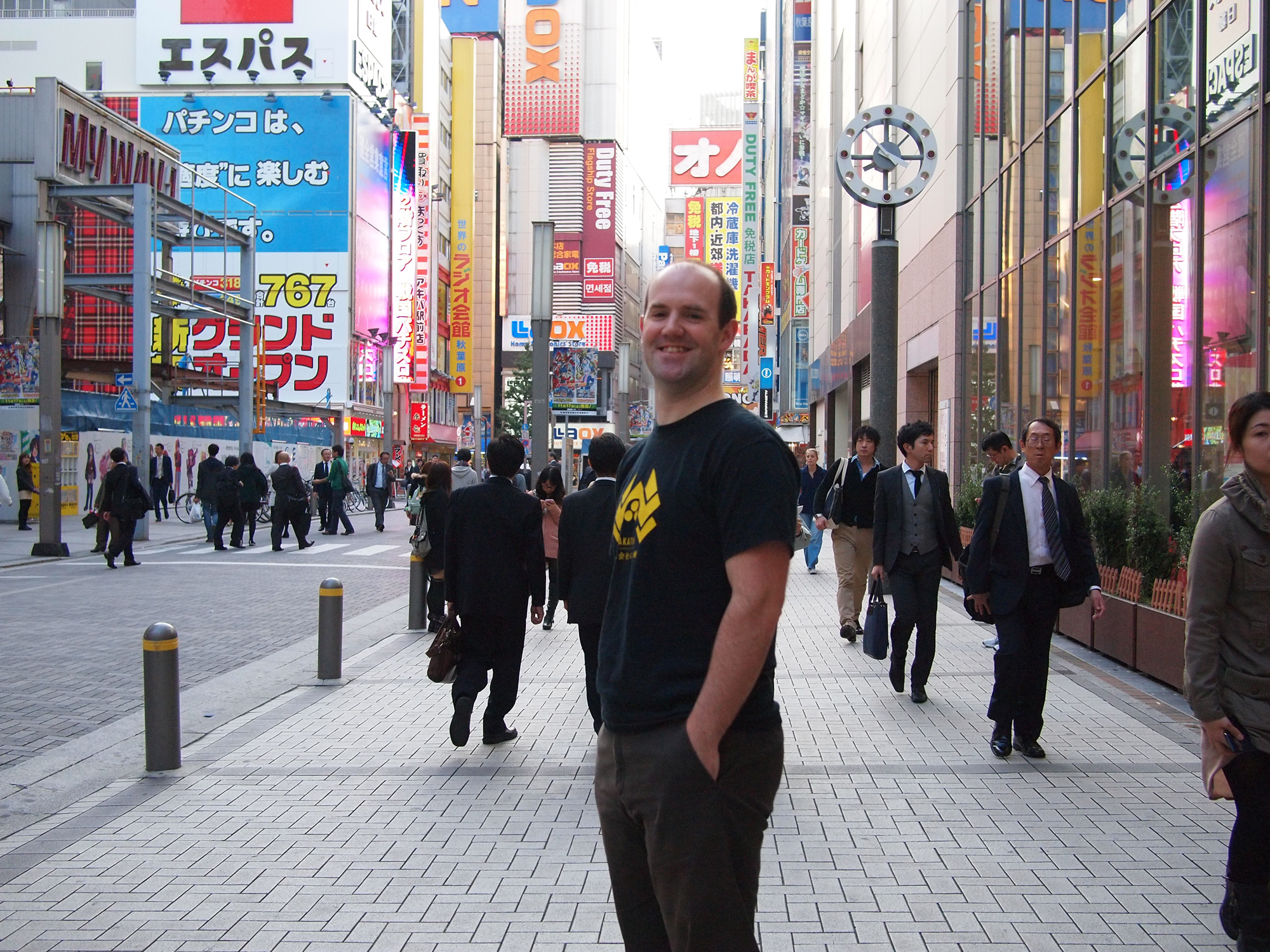 Just love these types of images.

Hopefully someone will dress up as Wally and hide somewhere.

That’s my stepper board plugged into the Raspberry Pi. Its $ 13.99 with one stepper. Its on Ebay and soon Amazon. MyPiShop

Would you be so kind as to post specs of the driver board (how many Volts/Amps can it supply, does it have its own power source or is it using power supplied by the Pi) and included motor (degrees/step, holding torque, shaft diameter, max RPM)? I was going to ask via e-bay, but thought that others might be interested too.

Nice job! It’s obviously doing what it says on the tin!

Sorry if we missed out any links to sites and products we used, it was tough to remember them all!

We should be taking more gigapans soon, so keep an eye out on the gigapan website: http://gigapan.com/profiles/timstocker

Really, really like the S-Works in the shot! It’s pretty much the only bike I’d consider other than a hardtail Stumpjumper. Also the floating antenna end is pretty funny.

What was used to composite the shots and how much (if any) manipulation was done to the image?

We have tried loads of different stitching software, but the best seems to be: Create a XML template in a program called Papywizard, then import the template and the images into a program called Kolor Autopano.

The only modification we did, was; as my brother (in the bin), moved slightly between pictures, we had to slightly move one of the images so that he actually has a forehead!

Seems like it would be a fun opportunity to place oneself in various frames as things “pan out”, so to say. Kinda the opposite of “Where’s Waldo?” – it would be “Waldo Everywhere!”

How much time can elapse before a pan takes so long that sun shadows start being cast at obviously different angles? Since the Earth rotates 15 degrees per hour, it appears that it wouldn’t take very long, maybe 5 – 10 minutes? Then again, perhaps a pan could be intentionally slowed down to capture shadows at such obviously different angles that they would create a sort of Cubist-like variant.

If a number of pans are photographed and then objects with wildly-differing shadows were software-isolated and pasted in maybe that would result in some interesting effects, possibly subtle enough to be confusing to the eye initially, but requiring some examination to figure out why it seems so discordant. Let’s call it the Gigist style/movement! :D

I notice that there is some Meccano used in the construction.