We had some requests from people watching the video of What Gordon Did On His Holidays In Florida for more information about the Fireball Pinball machine that was being worked on at Familab, a huge and splendiferous hackspace. I wanted to learn more too, so I got in touch with Ian Cole, who is refurbishing the pinball machine. He’s been kind enough to prepare a blog post about the project, the educational reasons for starting it with his kids, and a blow-by-blow account of the build, along with a huge number of photographs documenting what he’s been doing. The Fireball Pinball machine is a 1976 game, which Ian bought in a very unloved state for a couple of hundred dollars. Using a Pi, he’s dragged it into the 21st century. Ian says:

The basic system design has the Pi as an i2c master with the following functions:

(Your average pinball machine in 1976 did not have HD graphics. Or any graphics at all. And it did not have 512MB of RAM.)

Here’s a demonstration of the electronics mounting. When the camera moves around to the back of the machine, you’ll see some grey rectangles appear on the video – hover your mouse pointer over them learn more.

You can read much, much more about the project (which is a great jumping-off point if you feel like updating an old pinball machine yourself) at Ian’s blog, which has plenty of detail.

Fireball Pinball HD is still a work in progress: Ian wants to add tilt sensors, event tournament capability with play tracking and prizes, and an accompanying website; NFC login for your phone; a thermal printer to output QR codes so new players can scan and register to claim their score; and a current sensor to look after the solenoids. He’s got cosmetic work to do as well, with plans to make custom bezel for the monitor, repaint the head and mount the speakers. And Ian’s commissioned custom artwork from Punkin Studios – a local artist he met last year at Orlando Mini Maker Faire. Ian says:

I’ve asked him to start by recreating original Fireball backglass art without the scoring boxes. Here’s the preliminary inked version… Look at the muscles on that!

If you live in Florida, you can see Fireball HD in action (and have a go yourself) at Orlando Mini Maker Faire on October 5th, 2013. 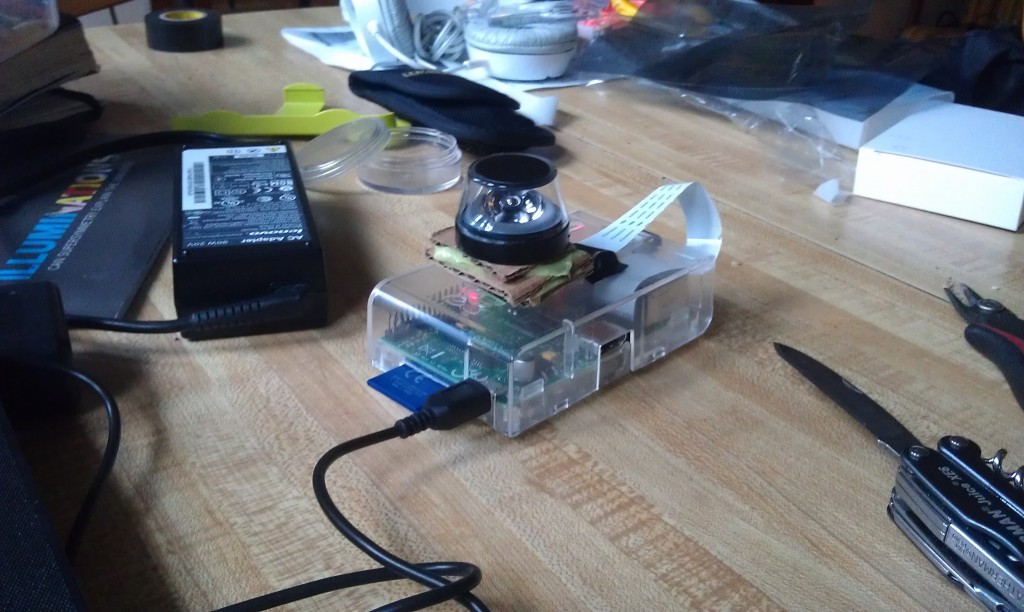 Dewarping 360° images from the Pi camera board 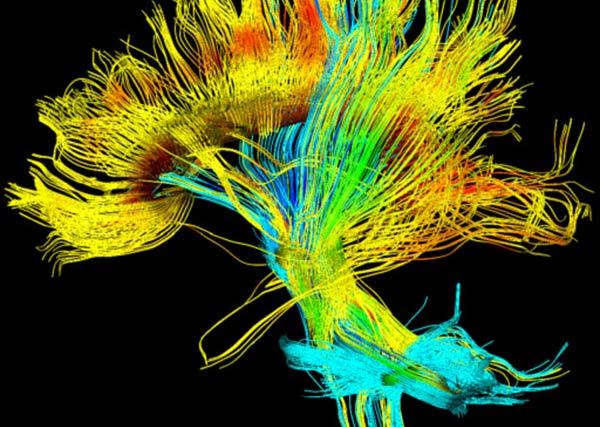 This is your brain on Pi

Now that is awesome! Plus you get a free cat!

Her name is Moxie, and she’s alive & well. We rescued her as a kitten – she only has 3 feet, but it doesn’t stop her from adventuring into the Pinball machine cabinet when the playfield is up :)