We chatted to him about his Pi Film Capture build at Maker Faire New York 2016:

Joe’s grandfather, Leo Willmott, loved recording home movies of his family of eight children and their grandchildren. He passed away when Joe was five, but in 2013 Joe found a way to connect with his legacy: while moving house, a family member uncovered a box of more than a hundred of Leo’s film reels. These covered decades of family history, and some dated back as far as 1939. 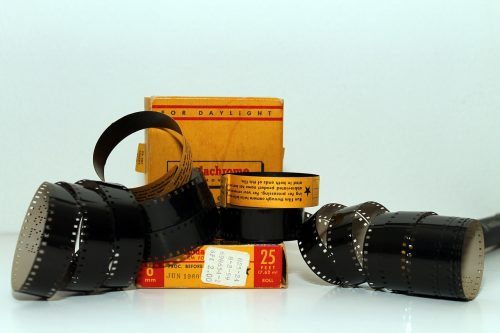 This provided an unexpected opportunity for Leo’s family to restore some of their shared history. Joe immediately made plans to digitise the material, knowing that the members of his extensive family tree would provide an eager audience.

After a failed attempt with a DSLR camera, Joe realised he couldn’t simply re-film the movies — instead, he would have to capture each frame individually. He combined a Raspberry Pi with an old Super 8 projector, and set about rigging up something to do just that.

He went through numerous stages of prototyping, and his final hardware setup works very well. A NEMA 17 stepper motor  moves the film reel forward in the projector. A magnetic reed switch triggers the Camera Module each time the reel moves on to the next frame. Joe hacked the Camera Module so that it has a different focal distance, and he also added a magnifying lens. Moreover, he realised it would be useful to have a diffuser to ‘smooth’ some of the faults in the aged film reel material. To do this, he mounted “a bit of translucent white plastic from an old ceiling fixture” parallel with the film. 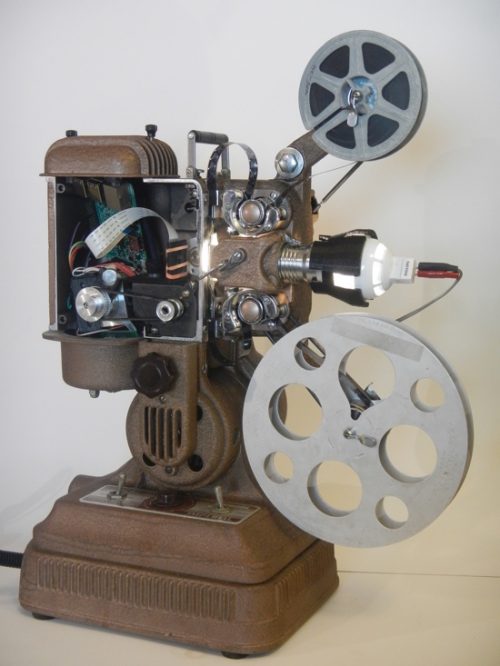 In addition to capturing every single frame (sometimes with multiple exposure settings), Joe found that he needed intensive post-processing to restore some of the films. He settled on sending the images from the Pi to a more powerful Linux machine. To enable processing of the raw data, he had to write Python scripts implementing several open-source software packages. For example, to deal with the varying quality of the film reels more easily, Joe implemented a GUI (written with the help of PyQt), which he uses to change the capture parameters. This was a demanding job, as he was relatively new to using these tools. 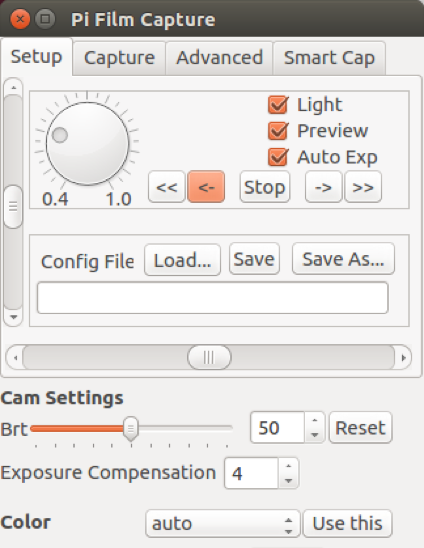 The top half of Joe’s GUI, because the whole thing is really long and really thin and would have looked weird on the blog…

If a frame is particularly damaged, Joe can capture multiple instances of the image at different settings. These are then merged to achieve a good-quality image using OpenCV functionality. Joe uses FFmpeg to stitch the captured images back together into a film. Some of his grandfather’s reels were badly degraded, but luckily Joe found scripts written by other people to perform advanced digital restoration of film with AviSynth. He provides code he has written for the project on his GitHub account.

For an account of the project in his own words, check out Joe’s guest post on the IEEE Spectrum website. He also described some of the issues he encountered, and how he resolved them, in The MagPi.

What does Pi Film Capture deliver?

Joe provides videos related to Pi Film Capture on two sites: on his YouTube channel, you’ll find videos in which he has documented the build process of his digitising project. Final results of the project live on Joe’s Vimeo channel, where so far he has uploaded 55 digitised home videos.

Shot on 8mm by Leo Willmott, captured and restored by Joe Herman (Not a Wozniak film, but placed in that folder b/c it may be of interest to Hermans)

We’re beyond pleased that our tech is part of this amazing project, helping to reconnect the entire Herman/Willmott clan with their past. And it was great to be able to catch up with Joe, and talk about his build at Maker Faire last year!

We’ll be at Maker Faire New York again on the 23-24 September, and we can’t wait to see the amazing makes the Raspberry Pi community will be presenting there!

Are you going to be at MFNY to show off your awesome Pi-powered project? Tweet us, so we can meet up, check it out and share your achievements!