Jetlag’s grim. As you’ll have gathered from Ben’s post on Monday, I found that I was so tired on Monday I couldn’t speak coherently, much less read or write. So I ended up spending the day going through some YouTube videos I’d been pointed at, having decided that this required less energy than typing.

One in particular demanded to be shared.

Here’s a segment from KOMO 4, a Seattle news station. Last week’s news about the collapse of Mt Gox, one of the largest Bitcoin exchanges, has meant that there’s been lots media interest in Bitcoin, and this video talks about what it is…and, in doing so, visits one of the US’s biggest Bitcoin farms. We were struck dumb (really – jaws resting on chests, drooling slightly) when we saw the footage of how they’re mining: that’s an awful lot of Pis, and even more ASIC miners. We don’t think we’ve seen so many Raspberry Pis in one place outside the factory in Wales where they’re made. Fast forward to 3:08 for a detailed look. 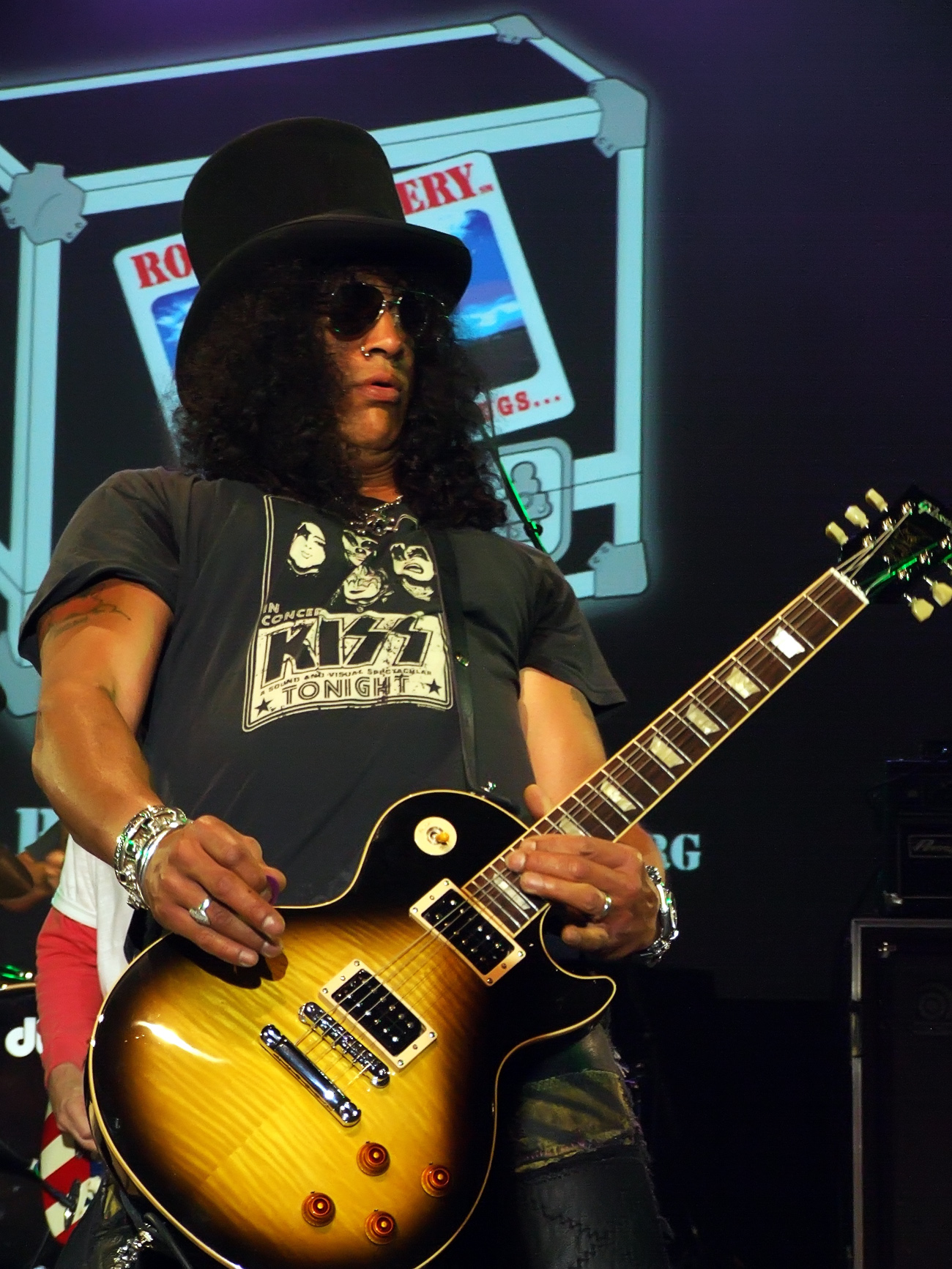 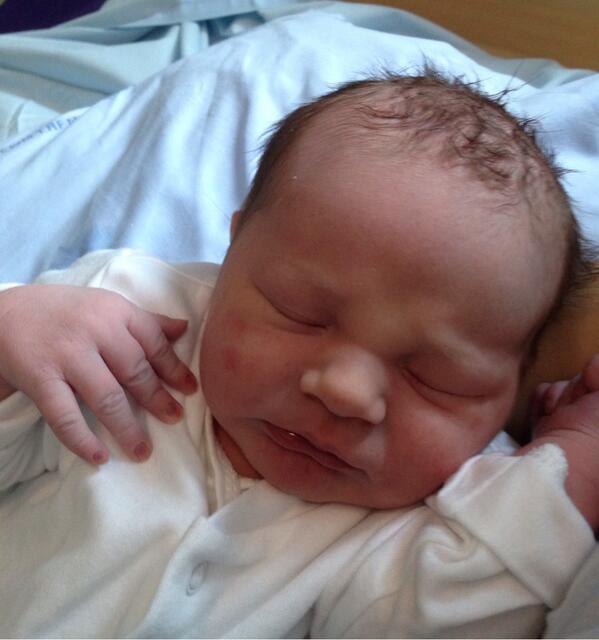 Welcome to the newest member of the Raspberry Pi family!

Anyone know what ASIC’s they’re rigging up to the Pi’s?

In the discussion at /r/bitcoin, someone claims that each Raspberry Pi manages 16 BitFury ASICs.

Each board has 16 chips, each RPi can hold 16 boards

so a total of 192 Bitfury Chips per Raspberry Pi

I will the RPi has better USB support, 3.0 would be a game changer if they could manage to also upgrade from a ARMv6 to something better supported on debian

Hit me up on twitter if you have more questions

I guess the Pi’s are managing the FPGA’s rather than mining themselves.

Looks that way: I’d love to see more detail about what’s going on there.

Looking closely at the video, it looks like there’s 16 chips per board, and 16 boards per Pi. I’m guessing the Pi is effectively acting as some kind of low-cost chips->ethernet bridge?
Damn impressive! 8-)

That’s what I was thinking Jamie :-)

8M a month is an awful lot. How much do you reckon it cost him to set up?

I wondered the same thing.

Most of the money is for the BitCoin mining boards, not the RPIs

I know it is the cold reality of life, but imagine what good could be done if the results of the processing is actually useful.
[I assume there isn’t any practical use the results of bitcoins – except as part of some Alien supercomputer we are unaware of]

Time to make a virtual currency based on DNA sequencing or cures for cancer.

The computation they’re doing is to confirm the block chain by finding a hash of the block that has certain properties. This is useful to BTC itself and without it there’s no bitcoin. If they did switch to an externally useful bit of computation it would no longer be securing the network. There’s not really a way to both have the computation secure the network and have it be externally ‘useful,’ and in reality BTC is nothing but the ledger/blockchain.

I don’t understand why the need for Pi’s if they are actually using a ASIC. It makes absolute sense if using a FPGA, but not for an ASIC.

I’m guessing the media has made a mistake or he is calling them ASIC just to prevent others from attempting the same.

Pretty sure it’s this setup I think they sold for 15,00 EU months back looks like he bought them all up.
https://www.adafruit.com/blog/2013/08/02/400-ghs-bitcoin-miner-springs-to-life-with-raspberry-pi/

If you want the inside scoop.

But you didn’t hear any of this from me ;)

I think it was all outlined there.

Interesting reading. Lets sum this up if I can. :)

First chip test inconclusive
So far we had only very short time to test the chips locally in Taiwan and we were not able to communicate with it. The provisional dead bug setup was sufficient to evaluate leakage currents but we were not able to create a functional level shifter to transmit messages between it and raspberry pi. We fly the chips to EU now. The test will continue on Sunday night.
Created on 2013-06-15

Only 6 days to get things sorted out.

If you piece this all together they created the whole rig and put the Pi at it’s head. Could be the Largest Pi Operated Company in the world right? Some 2,500+ Pi’s maybe? How many 3.14’s in 500TH/s.

Picostocks and Megabigpower seem to be the same group of people and the force behind what is probably the largest Bitcoin farm in the world. Thanks to the low power consumption of the Pi.

Unfortunately it looks like a risky investment to me.

I need an investment counselor at this point. To crunch those number. I know you guys will be busy with your maths after this goes live. :)

Shades of Colossus and Bletchley, Just imagine if those ASICS were cryptobusters rather than miners.

One of the clever design decisions was that it is astronomically more profitable to mine bitcoins than it is to try and hack a single bitcoin-account with the same hardware.

The more I learn about bitcoin the more impressed I’ve gotten with it. It really is very, very clever and it does make our current money-system look rather silly.

Seems that money really motivates people :-). Maybe the bitcoin algorithm is part of a decryption effort on some secret alien communication signal. Well, it’s more fun to suppose that, than some mundane currency.

Well the mathematical model of gold and it’s mining is just the first experiment on the bitcoin-protocol and network. The technology and design ideas behind bitcoin go far far beyond just money, but even just that aspect is plenty powerful.

Imagine being able to bring a somewhat reliable contract/payment system to the entire world (yes not just the affluent West), that does not require “trusted” third parties, is not a prospect to sniff at. For me personally and many in the bitcoin-scene that is one of the primary motivations for being interested in it. If you can point me to a project that has more potential to improve the world than bitcoin I’d be happy to learn about it.

One potential problem is that it’s never possible using exhaustive testing to find the “last” bug in any implementation with more than a few lines of code. The WiFi WEP encryption implementation was based on a sound theoretical footing (at least as far as mathematical proofs can be performed, which is not to perfection), but it contained a fatal bug that rendered every IEEE 802.11b WiFi access point vulnerable to a brute-force attack that would take less than a day to crack, worst-case, using a common laptop of the time. The German Enigma and Japanese Purple codes were theoretically unbreakable, but suffered from operational and implementation flaws that made them sieves without even needing brute-force attacks – Colossus was primarily just a high-speed means of decryption (much faster than the manual methods used by intended recipients), not a means of brute-force attack. The Merkle-Hellman trapdoor-knapsack algorithm seemed perfectly fine for use in a public-key encryption system, but it turned out to have a fatal flaw that wasn’t discovered until after implementations were in use. Debugging software implementations is hard enough, but when the algorithms are encapsulated in hardware such as an FPGA or an ASIC, the challenge of eliminating bugs becomes astronomically more complex. Unwarranted confidence in technology that is impossible to verify end-to-end is a recipe for potential extreme disappointment, and when finances are made dependent on it, well, I think P.T. Barnum had something to say on the subject.

To me that sounds like one more reason we need bitcoin and numerous alternative implementations, so we have alternatives.

Money has allready become digital anyways and I’m not that convinced of the safety of monolitic central hubs. At least with the distributed model the risk is distributed, the current central points of failure structure is way more scary.

Also I’m more worried about the cryptography securing atombombs than bitcoin, at least bitcoin is currently at best only money.

Enigma wasn’t perfect there was a small bit of information leaked by the system’s design. One large flaw was that a letter in the substitution portion of encryption, which was achieved by a plug board, a letter would never be mapped back to itself. That creates a tiny leak of information that helped bring down the whole system.

Exactly the point I’ve made many times elsewhere. Read “The Black Swan: The Impact of the Highly Improbable” by Nassim Nicholas Taleb to see why the collapse of Mt. Gox is not only predictable, but inevitable, not because of the technology, but the wetware that somehow always winds up abusing it (“It’s different this time.”, “We’re professionals, we know what we’re doing.”, etc.). See also the Hans Christian Andersen tale, “The Emporer’s New Clothes” to see what lemmings will do when it comes to cliffs. Placeholders for value (financial instruments such as money) have no intrinsic value in and of themselves, no matter how rare they are. It’s only confidence (as in “confidence man” or “con man”) in the instruments that conveys any worth to them, and that can be quite fleeting, as booms/busts in Mt. Gox, real estate, financial markets, commodities, currencies, tulip bulbs, probably caveman furs, etc., have so vividly demonstrated over the eons.

The point being? Everything’s a bubble and everything must die. Hardly a surprising observation, but also not a very motivating or constructive mindset. It also doesn’t make bitcoin any less interesting.

Funny how people seem to have a religious fate in our current financial system, but when you look closely it seems to have even less “intrinsic” value as bitcoin.

There’s a distinct difference between the current financial system and the new ‘non-guaranteed’ e-money like bitcoin et all: the new system has collapsed in just 3 years or so, the old one survived for centuries, and counting :P

Monetary systems rely on confidence and trust, as said before. Confidence that the unit in which you trade will keep it’s value over a longer period of time and trust in the issuing authority that their guarantees on the unit are kept. The only organisation that can fulfil that promise is a government. There is no issuing organisation of e-money, so no-one guarantees you the value of the unit(s) you own. :(

While you are partially correct (your references to confidence being the support of the current global currency systems), you neglect to account for the disheartening fact that our current global currency system is no less a “con” scheme than BTC. Speak to any knowledgable financial advisor (which I am, admittedly, not) and they will tell you that U.S. currency is fiat currency, which is to say, it is not backed by anything tangible.
The U.S.D. has been the global reserve currency since WWII, which was fine until about 1971 when Nixon took us off the gold standard and gave the Fed the authority to issue “Reserve” notes (“Federal Reserve Note” printed at the top of every bill) that are not backed by any tangible assets. This was a departure from the previous standards of gold- and silver-backed notes that had been issued in previous generations, which could be taken to any bank at any time and exchanged for the current market value of the note in gold or silver, respectively.
Therefore, the current financial system is no more inherently stable than BTC.

Unlike tulip bulbs, Bitcoin is not an asset. Instead, it’s a public ledger transaction platform.

It’s very problematic to look at Bitcoin as an asset or even merely as currency. It’s also currency, but that’s not its only role. It manages transactions. And within those transactions, it can carry information that is verified, timestamped (not unlike a notary), and protected (changes can’t be made to the ledger, and falsified transactions are immediately detected).